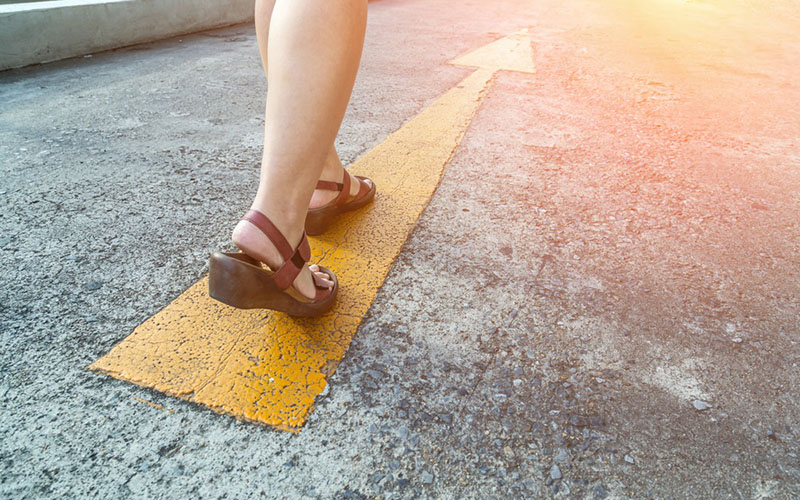 Anna Cruz, vice president, Human Resources, has been with JDA for more than 20 years. She shares her journey from humble beginnings, working her way through college, and the surprises she encountered along the way. She’s learned to live by the adage that you should never burn bridges (hint: you’ll learn why as you read her story).

Tell us a little about yourself and your family.

I was born and raised in Arizona and currently live in Tempe with my husband Chris, three kids (Mya, 14, Zane, 11 and Mia, 8) and two dogs Cody and Luna.

I grew up in a small mining town. My mom was a single parent but she and my grandparents raised me. We lived a humble life and I was the first generation to go to college. I put myself through college and have worked from the day I graduated high school.

Originally, I was not planning to go to college. I was the ROTC captain as a senior in high school (which is where I get my tough love and discipline), and was planning to go into the Marine Corps. At the last minute, my boyfriend at the time asked me to stay, so I caved and went to college instead.

What did you get your degree in?

I didn’t know what I wanted to do and started at a community college before going to Arizona State University. I got an internship at the local mining company where I did a rotation in just about every area – from payroll, finance, accounting, HR and more. When I went through that rotation, I gravitated towards the HR piece. I got my bachelor’s degree in Management with an emphasis in Human Resources.

And here is a fun fact – my first boss at the mining company was Debbie Baker (JDA HR Director) and (editor’s note: spoiler alert) now she reports to me at JDA! She was my first boss, and we joke that the intent is for me to be her last boss. It really speaks to the importance of never burning your bridges, because you never know what will happen in the future.

You’ve been at JDA for more than 20 years. Tell us about your career here.

After I graduated from ASU, I did a short stint in Las Vegas, where I worked for the PGA Tour and then came back to Arizona and transferred to TPC Scottsdale. In 1997, I joined JDA based on the recommendation from a friend of mine at TPC.

I started as an HR coordinator in 1997 and I never expected to be here 20 years!

I supported the HR team which was very small then. We were growing a lot organically and I primarily supported recruitment. Six months later, my manager wanted to give me more responsibility and asked me to take on the visa process. I said yes right away. She handed me a book on immigration which is when I realized she didn’t mean Visa the credit card. I then realized I had a lot to learn about it. I read the book, started meeting with attorneys and learned all I could. Until 2006, when we did the acquisition of Manugistics, I was JDA’s one-person global mobility team and kept that part of my role up until then.

In 2003, our leadership and engagement model changed, separating recruiting from the role of the HR business partner (HRBP). I became the recruiting team until 2006. After that, just after my daughter turned two, my husband asked me to quit my job.

Wow, that must have been a pivotal time for you to make a tough decision!

I loved my job and didn’t want to leave, but also didn’t realize how much my role was impacting my family. I talked to Brian Boylan about it (JDA’s former CHRO) and was very honest and direct with him. He was very supportive and asked me what I wanted to do.  We decided I would move back into the HRBP role instead of continuing in recruitment and since then, I have worked with just about every department at JDA.

You oversee two distinct regions globally. How do you approach collaborating and working with diverse regions?

Yes. Last year, I was promoted to VP to take on the Americas HRBP team (North America and Latin America) in addition to being the global HRBP to Duane Kotsen (Professional Services) and Mark Morgan (Sales). I think what is most important is understanding culture. There will always be differences. For me, it’s about that connection. When you can connect with an individual, it’s much easier to relate to them on any level.

Looking back, did you think you’d be at the same company for two decades? How do you keep your job ‘fresh’?

I actually didn’t really have to think about keeping my job fresh. I have grown into my roles and changed a lot. Even though I was an HRBP for much of my career, I’ve worked with many different teams and different leaders. This has allowed my role and focus to continuously change, as there is always something new to tackle and learn.

What is the biggest challenge facing leaders today?

It comes down to balancing multiple priorities of the business with the ability to attract, hire and retain talent. It really is a balancing act between those two things. As the business changes and demands increase, leaders have to get involved at many levels. They can’t just direct, they have to coach their teams and develop them in their roles and careers too.

What do you think is the biggest challenge when it comes to awareness around diversity and inclusion? How do you address this with candidates and associates?

The biggest challenge for people is unconscious bias. So many do not realize they have it and it is hard to overcome. That awareness hasn’t been built and yet it plays such a large part in how you think and act. Personally, I try to challenge leadership, considering women and diversity.

Mother Theresa for her humanitarian efforts and focus on love and hope. Condoleezza Rice for her confidence, diplomacy and intelligence. I appreciate the stark differences between them.

How do you resolve conflict?

I am pretty direct. If I see conflict or if I am having any conflicts, I address it right away. In order for me to hold the peace, I need to say my piece! I want to understand where they are coming from and vice versa. It is important to put context around it and get rid of any biases or assumptions. I then try to develop a plan to address the disagreement.

What do you think is the most significant barrier to women in leadership?

Misperception that women don’t have confidence. That is not true. If you really look at it, it isn’t confidence, it is the fear of the consequence of promoting yourself. Women have a double standard in that we have to be able to promote ourselves in a way that is not too promotional or self-absorbed. If you over-promote, there is an unlikability. Yet if you don’t do it enough, you aren’t noticed. That is what is standing in our way.