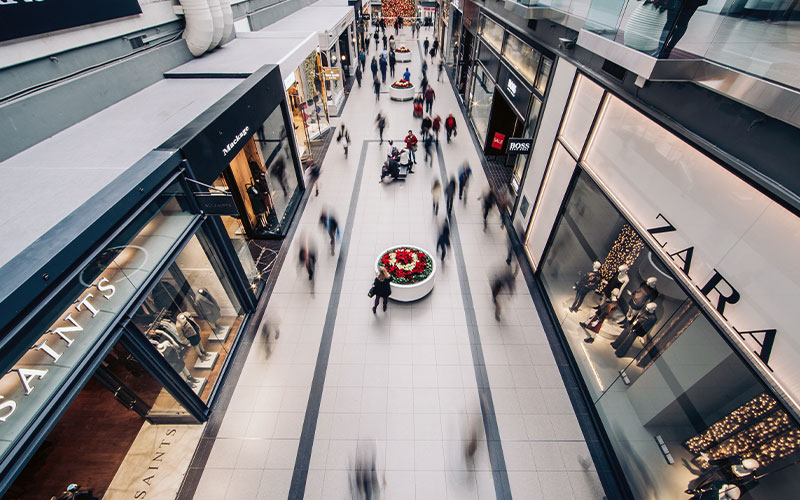 If you’ve ever watched a game of ping-pong from the sidelines, you know how dizzying it can be to keep up with the fast-paced changes of the sport. The ongoing trade war between the U.S. and China has been a ping-pong-like match for the ages, sending tariffs flying back and forth.

You may find yourself (and you’re not alone) having a difficult time keeping up with the latest developments: when will tariffs be imposed, on what amount of goods, and how they could impact retail prices. To help shed some light on the situation, you can read our previous blog where we outlined a recent timeline of events and talked about what uncertainty around tariffs means for retailers.

But we also wanted to see it from the consumer’s point of view. That’s why JDA recently surveyed over 1,000 U.S. consumers to gain a deeper understanding of their perspective on the trade war and how potential price increases would impact spending habits, including holiday shopping.

The survey uncovered the following five consumer perceptions and forward-looking plans in response to the ongoing tariffs:

1. Most consumers are only “somewhat familiar” with the trade war news.

Nearly 85% of respondents are familiar with the news around the U.S. trade war/tariffs with China. But only 28% reported regularly following the news, while 57% only have a general understanding of what’s going on.

While consumer’s current spending has remained unchanged so far, after learning more about how Chinese tariffs could personally impact them through a quick prompt, 46% of participants stated that they plan to spend “significantly” or “slightly” less this year on holiday shopping.

4. Tariffs will impact when consumers plan to do their holiday shopping.

Half of respondents plan to do “some” or “all” of their holiday shopping earlier this year to avoid potential price increases associated with Chinese tariffs (tentatively going into effect on Dec. 15). Surprisingly, younger shoppers are more likely than older shoppers to do their holiday shopping earlier in the season to avoid higher prices related to tariffs. 24% of those ages 18-29 said they plan to do ALL of their shopping earlier to avoid higher prices, compared to only 15% of respondents ages 45-60 and 13% of those ages 60 and older.

5. Respondents became more interested in the news after learning more.

After learning more about how Chinese tariffs could impact the holiday season, consumers were almost 20% more likely to plan to “regularly” follow the news as it develops. 34% of respondents plan to “regularly” follow the news around the U.S. trade war/tariffs with China leading into the holiday season compared to 28% at the beginning of the survey.

After reading the results from our survey, it was surprising to see how many consumers believe the tariffs will impact their holiday spending, given they won’t go into effect until December 15. Retailers will likely increase prices gradually throughout the end of the year, with the potential for a “big bang” effect to be felt after the holidays wind down. The general lack of understanding of the situation is the probable cause for consumers’ strong feelings about their upcoming holiday spend. Regardless, the ongoing trade war introduces uncertainty during the highest shopping season of the year and could cause many consumers to second guess purchases, which could have long-reaching impacts across the retail market.

While consumers plan for future adjustments in their buying habits, retailers should already be deeply involved in adapting their business processes. The uncertain environment caused by the trade war leaves an increasingly small margin for inefficiencies along retail supply chains that can be minimized with artificial intelligence (AI) and machine learning (ML) solutions. Planning processes equipped with AI and ML capabilities will allow retailers to adapt in near-real-time based on the consideration of material news, changes in supply and demand and optimal sourcing options. Timely reactions to these swirling changes unlocked by AI and ML will give retailers the information and execution they need to align with consumer habits and preferences through accurate inventory management, demand forecasts, and pricing optimization.

At this point, the U.S. trade war with China may seem like a foreign policy issue, but the repercussions will soon reach the front steps of the American consumer, impacting us in our everyday lives. While the tariffs remain a moving target, with conflicting news statements leaving many Americans questioning how Chinese tariffs will impact them and the fast-approaching holiday shopping season, one thing is certain – consumers plan to keep a closer eye on the situation and are not averse to adjusting their habits. Retailers who equip their planning processes with the deep-learning abilities of AI and ML will be able to face the growing economic uncertainty created by the trade war, meeting consumer expectations and ensuring a happy holiday season for all.

Dealing with Risk, Uncertainty and Tariffs: What the Recent Tariff Delay Means for Retailers

Celebrating National Supply Chain Day – and Its Link to You

In-Store Shopping is BACK!

Are You Ready for Today’s Savvy Hybrid Shopper?