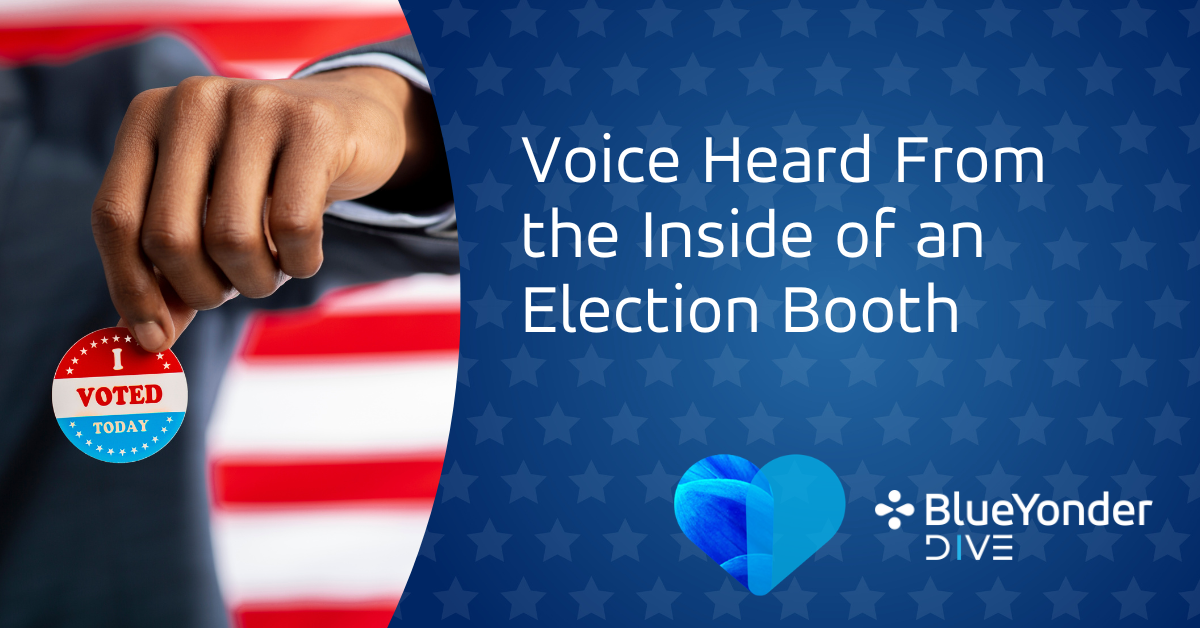 Voice Heard From the Inside of an Election Booth

My mother was born in 1937 in the South.  Although she was an American citizen, she did not have the right to vote. It wasn’t until 1976 that she cast her first ballot. I remember going with her, as a little girl, into the voting booth. Then, it was simply a curtain that you pulled shut. I watched as she pulled the levers down, lending her voice, in this democratic process, for the very first time. She voted in every election after until her death. My mother understood the importance of voting and making her voice heard.

When we are quiet and do not use our voice in this process, your city’s or states’ infrastructure is impacted. Your voice is lost when it comes to funding for your children’s schools, parks and libraries. Your voice is muted on important issues such as health care, economics, and individual fundamental rights. Each U.S. elections – whether we realize it or not – has an impact on our daily lives; that’s why we cannot remain silent and why our voices must still be heard.

When I could participate in the voting process, I was super excited to cast my ballot. I voted because , as an African American woman, I understood the sacrifices of others that gave me the right to do so.  Later in my life, with marriage and children, I felt the need to do more. With a passion to serve, I inquired about becoming a poll clerk. To my surprise, I learned that you must take and pass a class to become a certified poll clerk. In speaking to my husband about it, he decided that he too wanted to participate as well.

The very first election we worked as clerks was in 2020! Our day started hours before the polls opened by being sworn in to fulfill the oath of our duties as a poll clerk. We prepared the precinct to accept voters at the designated start time, not one minute earlier or later. This included hanging of signage throughout the precinct and along the streets, ensuring the precinct setup was done according to spec, and confirming power was available at each power outlets, just to name a few.

Since this was during the height of the COVID-19 pandemic, many safety protocols were in place.  Each clerk had to wear masks and gloves. Voters had to remain 6 feet apart, tape was placed on the floor to mark the distance and the styluses had to be meticulously wiped down after each use. As clerks we had to remember our training. We had the responsibility to ensure those who required additional assistance had it available, informing others when they were at the wrong precinct, rotating from validating ID’s to being line monitors, informing voters mobile devices were not allowed in the precinct when they enter the voting area, and passing out those “I Voted” stickers. You’d never guess, but those stickers are a hot commodity; young and old alike want theirs. Above all else, our job was to remain professional and courteous to all that entered the precinct.

My husband and I have learned so much about the voting process since becoming poll clerks and I was recently promoted to Assistant Poll Manager, which includes additional responsibilities. At one point, I must admit, I became fearful to serve in this role, because of the vitriol and rhetoric being spewed, but I know that performing my civic duty is greater than fear. After all, I remember my mother and how she took pride in letting her voice be heard.

I am grateful for Blue Yonder and the opportunity for our Volunteer Time Off (VTO). I use my VTO to serve on the second Tuesdays in November to make sure all voices are heard.

How Conagra Drives Supply Chain Transformations with Speed and Visibility

Why We DIVE IN