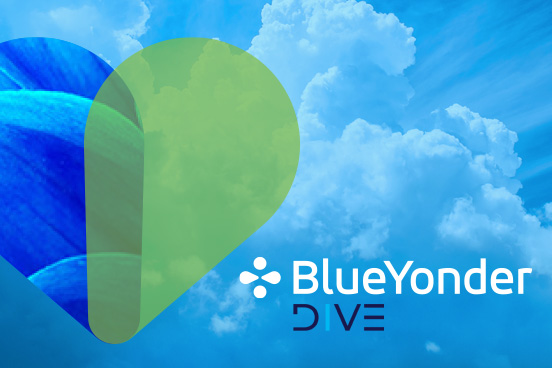 Olivier Vattier-Delaunay is a Blue Yonder associate who resides in Châteaubourg, a small town in the west of France. He shares how his community is helping those impacted by the situation in Ukraine.

On March 2nd, as the conflict was beginning to ignite in Ukraine, I was on a customer trip to Clermont-Ferrand, France. In the evening, while talking on the phone with my wife, we were dismayed at the impact it was having on thousands of families, even while 1,000 kilometers (620 miles) from our country.

We saw that collection operations were beginning to be organized in our region, but to our surprise, nothing was organized by our municipality. So, we decided to organize a collection drive in our municipality in partnership with the city of Rennes “All Behind Ukraine” efforts.

Through social networks, we put out the call to the community to donate canned food, diapers, water packs, hygiene products, blankets – comforters, etc., along with a weekend to drop them off at our home.

Blue Yonder offers its associates two, paid Volunteer Time Off (VTO) days so I decided to use my VTO day the following Monday to take the goods to Rennes. In order to do this, I reached out to the local supermarket, using my connections working in the transportation/logistics industry, to ask if they could lend us a van to transport the goods that day, which they agreed to do.

That Friday, people started contacting me for information. Very quickly, we understood that solidarity was in the works, but we had yet to know the full magnitude.

From early Saturday morning, a dozen people were lined up to drop off the goods. We knew we were going to be overwhelmed! Very quickly, people offered to help us and they began to help organize the collection: some volunteers were receiving the donations while another divided them into boxes by type of product. Talk about supply chain logistics!

There were beautiful moments during these sessions. On Sunday, an elderly woman came to me with a 20-euro bill, remarking that she did not have time to get food. I suggested that she make a monetary donation to the Red Cross, as any help is better than no help at all. Later, a little 3-year-old boy came to us with two soft toys of his own to give to Ukrainian children. We were able to reassure him that these cuddly toys would find a new playmate while thanking him warmly.

By the second evening of the collection, we were very tired but happy with such a local enthusiasm! Many volunteers returned that Monday morning to load the truck – and it took less than an hour! We took the road to Rennes (30 minutes) and entrusted all the objects to the “All behind Ukraine” association. They were surprised by the volume collected, especially without the official support of a local authority, and kindly thanked us for having sorted the products beforehand. This was a big time-saver for them as it meant the products could arrive faster at their destination.

I was happy to see that the operation was a success in various ways, which allowed for less pensive thinking in front of the TV and more action within our community. We met beautiful people and even encouraged our children to participate, which will hopefully instill a sense of community and giving in them. While we had never planned or organized anything to this scale beforehand, I attribute the success to many volunteers and the solidarity we all felt helping the families in Ukraine.

I recommend to all my colleagues to find something you are passionate about and get involved! Thanks Blue Yonder’s VTO, I was able to complete the necessary work for this operation outside of a weekend.

The Frenchman Jacques Coeur used to say: “With a valiant heart, nothing is impossible.” Dare, and you will be rewarded a hundredfold!

Resilient and Sustainable? Can a Supply Chain Really Have It All?

Seize the Day! The Importance of Taking Advantage of Career-Growing Opportunities