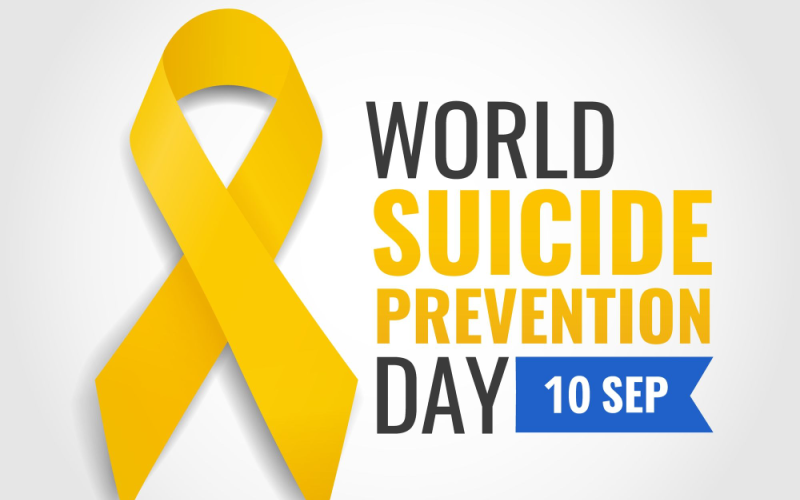 Suicide is Not Selfish

*Content Warning: This page contains discussion of suicide and may not be appropriate for all audiences.*

Suicide affects so many people. Deaths by suicide are more than just data and statistics. For me, it is personal. My mother, Andrea, died by suicide in 2016. She had attempted to end her life on previous occasions, but it was still a shock especially since the way she died was traumatic and unpleasant; sometimes I still reel from the memory of it.

I don’t share my story to create shock or evoke sympathy (while I know that it does exactly those things), I share it because I want to give a meaningful perspective on suicide and help raise awareness.

I’ve often noticed how different the conversation is when it comes to natural deaths versus suicide. With a natural death it is considered acceptable to talk about how someone died and ask questions about it, such as “how did they pass” and “had they been ill for long?” However, when we hear the word “suicide” it all becomes a bit uncomfortable, taboo even. We need to confront those uncomfortable feelings if we are ever going to lessen the stigma around suicide.

For most people, the concept of ending one’s own life is unnatural, alien. But when you really think about someone making that decision and acting on it, you can start to imagine what that person must be going through – to feel so certain that dying is the only way out of whatever situation or mental state they were in.

When my mum died, a local news article was published online and I remember reading through the comments section in response to her death: “why on earth was someone on the road at 2 a.m.,” “probably drunk,” and “how selfish.” Presumptive and condemning language, very little in the way of compassion for the victim.

This narrative needs to change. Not only is it harmful to those grieving, it also perpetuates the concept that people who take their own lives (or contemplate doing so) are somehow defective or in the wrong. If this is the reception that people receive, they are almost never going to reach out for help. This is one area where each of us can effect change.

Each of us can work to change the landscape. A few things we can do:

People deserve to be met with kindness and concern, not blame and condemnation.

There will be many factors that contribute to suicide and mental health is a common one. Talking about mental health, creating space for conversations about people’s distress, depression, and anxiety, as well as normalising the perceived “abnormality” that is associated with having suicidal thoughts – these are all some of the ways that each of us can help create action through hope.

By normalising the topic, people who are suffering may be less fearful of being met with stigma. In turn, people will be more likely to ask for help.

I hope that this article sheds some light on a topic that is often cloaked in shame. I hope that anyone struggling with suicidal thoughts knows that they are not alone, they are not broken and there are so many other options to ease your suffering – please reach out and speak to someone if you are concerned. Above all, we must demonstrate tolerance and compassion when the topic of suicide is being raised.

If you or someone you know is contemplating suicide, dial 988 in the U.S. to reach the Suicide and Crisis Lifeline or 0800 689 5652 in the UK to reach the National Suicide Helpline UK. Both are available 24/7. For a listing of other countries check out this blog.

Innovative Solutions to Guard Against Supply Chain Disruptions and Challenges

Movember is More Than Just Growing a Beard

This Pride Month, I’m Respecting the Privilege of Coming Out