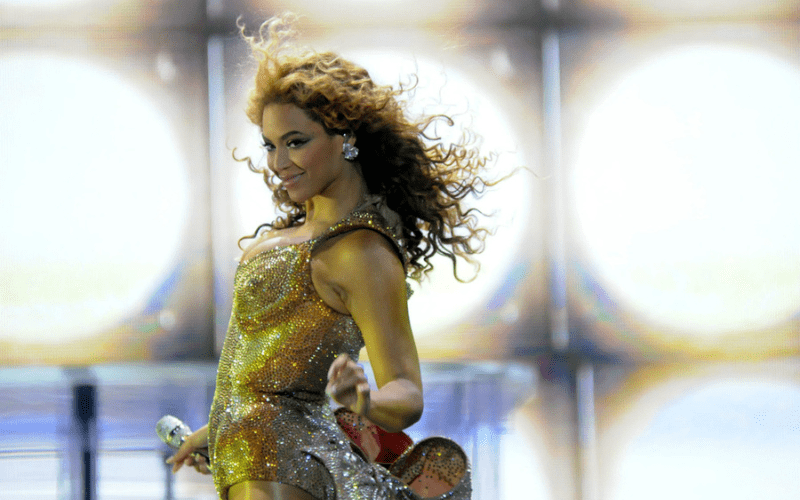 Before you brush this off as a puff piece written by a geriatric millennial who has loved Beyoncé for 20+ years — none of which is a lie — let me assure you that Mrs. Carter-Knowles indeed has the accolades, the power and the influence to actually disrupt the global supply chain.

With over 200 million records sold worldwide (in her solo career alone!), nine American Music Awards, 30 BET/BET Hip Hop Awards, 22 Billboard Music Awards, 24 Grammys, and 13 MTV Video Music Awards, Queen Bey is one of the most lauded singers in history. In fact, when it comes to the Grammys, she is the most awarded female singer ever.

Okay, so she has a lot of awards. But how does that translate into supply chain disruptions?

With 240+ million Instagram followers, Bey also has enormous power and influence in our society. She was the first Black woman to headline the music festival Coachella, and her performance was the most-streamed Coachella video on YouTube ever. She leveraged her power to hire the first Black photographer to shoot a Vogue cover in the fashion magazine’s history. And when it comes to album releases, Slayoncé was the trailblazer for the surprise album, releasing her sixth solo studio album Lemonade with absolutely no promotion whatsoever. Since then, global superstars like Taylor Swift, Kanye West, Drake, and Bad Bunny have all followed suit with surprise albums of their own.

In other words, when Queen speaks (or sings), people listen.

Right now, people are specifically listening to the newly-released lead single Break My Soul from Beyoncé’s upcoming seventh studio album, Renaissance, to be released July 29. And I don’t think the world is ready for this jelly or for these three supply chain disruptions that a new era of Yoncé is about to usher in:

We’ve all heard about the Great Resignation. According to the U.S. Chamber of Commerce, 2.8 million people have left the workforce since February 2020, leaving 11.4 million open positions, and I think Beyoncé is single-handedly trying to increase that number. Throughout the new album’s aforementioned lead single Break My Soul, she tells the Beyhive — Beyoncé’s most loyal fans — to quit their jobs:

Before you dismiss this claim as “just song lyrics,” you should know that many major news outlets, like The View, CNBC and Buzzfeed, have already picked up this story, and Newsweek is calling Break My Soul Beyoncé’s “anti-work anthem.” Will her fans listen to her advice? The Beyhive may be buzzing!

Along with the recent announcement of the new album Renaissance, we received some interesting news… the superstar was also releasing four different boxed sets. And they include CDs. Yes, you read that right — compact discs!

It’s widely known that artists and musicians don’t make nearly as many royalties on streaming platforms as they do with physical media. Add on top of that Gen Z’s desire to own something tactile in a digital world, and there’s no wonder we’ve seen a boon lately in record and CD sales.

In the early COVID-19 pandemic, vinyl record sales skyrocketed (up 108% in the first half of 2021), and the vinyl records supply chain simultaneously took hit after hit, leaving the industry waiting 12-24 months to print new vinyls (read our blog on how Taylor Swift may have contributed to the shortage). So what’s a global superstar to do when she wants to release a new album?

And now, legions of fans — many of whom potentially don’t own a CD player — will be clamoring to find a way to play their shiny new Beyoncé compact disc. I also predict history will repeat itself, and more and more artists will follow Queen Bey’s lead by promoting albums on technology that had its heyday in the ‘90s and ‘00s. The CD and CD player supply chains won’t know what hit them.

Renaissance is being touted as a full-on dance album — a departure from her recent projects — and if the lead single Break My Soul is any indication, the clubs are going to be packed this summer. The world was already raring to get back to some new sense of normal from the pandemic, and Beyoncé just put us all into overdrive.

What comes with dancing in the club until all hours of the morning? Alcohol. Lots and lots of alcohol. But that supply chain is in a bit of a mess.

“Over a year since the disruptions began, things that everyone took for granted just a few years ago — importing a wine, shipping a spirit across the United States, finding warehouse storage, getting enough glass bottles — all remain enormous, and often very costly, challenges,” writes Seven Fifty Daily. Currently, many shipments are in transit over 100 days on a route that used to average 25 days.

Most industry experts don’t expect the alcohol supply chain to return to any sense of normalcy until 2023 at the earliest, but did the world’s biggest pop diva just delay that even further?

Okay, let’s focus on the positive: we’re getting the new Beyoncé dance album, Renaissance. And while this icon has the power to disrupt the supply chain in many ways, we at Blue Yonder know the antidote.

A supply chain powered by artificial intelligence (AI) can use current events to predict and pivot from disruptions, like the worker shortage, hardline shortages for CDs and CD players, and the lack of visibility within warehouses that is causing enormous delays in shipping alcohol.

Queen Bey is powerful and is sure to ignite a Renaissance for millions of fans in the Beyhive, but Blue Yonder’s Luminate® Platform has the power to create our own supply chain renaissance. Find out how at blueyonder.com.

Fast Forward to the Future of High-Tech

The New ROI: Return on Inclusion

Pass the Produce: 5 Grocery Trends Retailers Should Be Aware of Ahead of the Holidays