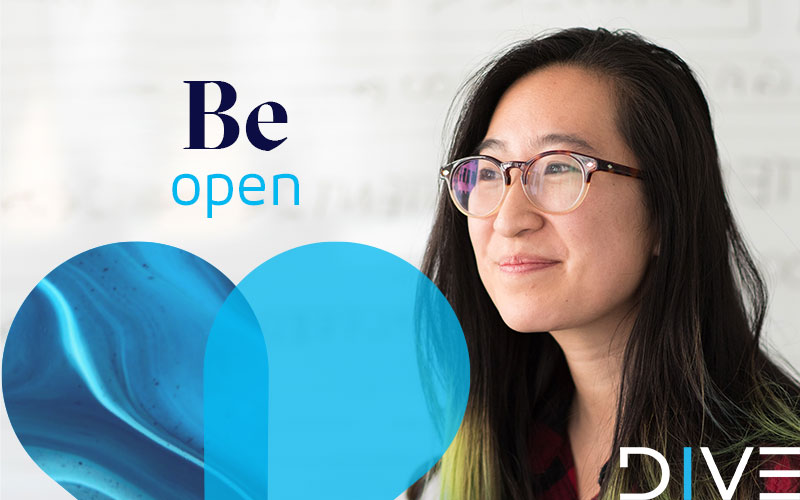 Veterans Day is a day set aside to honor those who have served the country in war or peace, acknowledging and thanking them for their service. This year, in honor of Veterans Day, we share four Blue Yonder perspectives. The second this week is from our own Adam Chitwood. Thank you to our Blue Yonder military veterans and all those who have served. We are grateful for your service.

Tell me a little about yourself. What do you do for Blue Yonder? What are your hobbies?

I am a project manager for the edge technology group here at Blue Yonder. I will be celebrating my one-year anniversary in November but have been in the radio frequency (RF) Industry for over 15 years. I live in the north Georgia mountains with my lovely wife Allyson and have 3 children, Savannah (student at the University of West Florida), Bretton (student at Kennesaw State University) and Alexa (high school sophomore).

I have a few hobbies, one of which is being a garage sale hound. I hit garage sales every weekend just to see what treasures I can find. My other hobby is collecting vintage toys (mainly 70’s and 80’s toys), which I keep in my own personal “museum” in our basement, aka the man cave. Lastly, I love spending time with my family and being involved in my kids’ activities. My oldest daughter Savannah is a cheerleader at UWF and I have followed her cheer career over the years. My son Bretton was a AAA hockey player in Canada until 2016 when he battled cancer at the age of 16. He lost his foot, but he beat cancer and has been an advocate for the fight against childhood cancer ever since. He is back on the ice now and was supposed to be playing for KSU this season but was postponed due to COVID-19. On Friday nights, you can find my wife and me at high school football games watching our youngest cheer.

What branch of the military did you serve?

I served in the world’s greatest Navy – the United States Navy – for eight years as a Cryptologic Technician (Maintenance) (CTM).

Can you tell me more about why you joined the military and more about your service?

Funny story, really. After high school graduation, I was all set to go to Georgia Southern University and play football as a walk-on. One Saturday afternoon a few weeks after graduation, I received a flyer in the mail from the U.S. Army explaining how I could “go to college and be in the Army at the same time.” Coming from a long line of Army veterans dating back to the Civil War, I thought that sounded great! I went down to the Army recruiting station, but they were out to lunch and as I walked by the Navy’s office, they grabbed me. The recruiter was a solid salesman and before I knew it, I was on my way to Atlanta for my physical and the rest is history. It was never planned, it just happened.

During my tenure in the Navy, I served in the advanced electronics warfare field as a CTM. I was able to travel all over the world and see places I had only read about as a kid. I served with honor with some of the greatest men and women I have ever met whom I still consider my brothers and sisters today. I had planned on being a “lifer” and was selected to attend warrant officer candidate school for flight when I sustained major injuries on duty and was forced to retire early.

What did you like most about your deployment and the locations you were in?

For the first 18+ months of my service, it wasn’t too much of a change for me. I was stationed in Pensacola, Florida, for most of my training.

My very first duty station was part of the NSGA (Naval Security Group Activity) in Kunia, Hawaii, (also known as the tunnel base). The base is highly restricted and runs inside the mountain terrain on Oahu. From there, I took many assignments across the globe – most in the Pacific but some in Europe as well. I did some short TAD (temporary additional duty) assignments on the USS Kitty Hawk and the USS Nevada as well.

The thing I liked the most about my deployments was that I was never treated like a kid.  I was responsible for some of the most advanced electronic warfare systems known to our military at the time and my operations played vital roles in our nation’s objectives.

How did your experience in the Navy shape your life?

In the Navy, I learned to work at a high level under some of the toughest pressure and I have applied that to my work today. The Navy gave me the “failure is not an option” attitude I carry today. Tell me something that can’t be done, and I will find a way to make it happen! In addition, I learned that not everything can be accomplished alone. Working as a team is vital to the success of whatever you are tasked to do.

What is your proudest accomplishment?

This is a tough one. I had many accomplishments and awards while in the Navy, but I think the biggest thing would be that I never let my team down, even in the toughest of times. Being reliable has made me the man I am today and lead to the success I have now. On a not-so-serious level, I would say my proudest accomplishment was never being captured and detained by Shore Patrol (Navy police) for my “shenanigans” while overseas.

What is the best advice you ever received and who gave it to you?

While doing an assignment with the 1st Radio Battalion Marine unit, I learned these words: “improvise, adapt, overcome.” An old master gunnery sergeant instilled those words in my brain when a system went down and I was having trouble bringing it back online. He made sure I found a way that day and those words have stuck with me ever since! It’s kind of funny that a Marine gave me the best advice while I was in the Navy, but I have had that mentality in everything I have accomplished since and it has never failed me.

What does Veteran’s Day mean to you?

I can honestly say that before I served, I never knew what Veteran’s Day meant in this country. I just thought it was a single day of the year where we remember those who served in our armed forces. After serving, I realized it meant so much more to me. While I do my best to remember those who served every day of the year, I use Veteran’s Day to reach out to my fellow veterans to remember the good and the bad times along with those who made the ultimate sacrifice and never got to come home to celebrate and live life to the fullest. Having served myself, I know now the sacrifices my father made during Vietnam and my grandfather’s made during WWII.

Advice to Your Younger Self This International Women’s Day

Ignorance is Not Bliss, It’s Ignorance