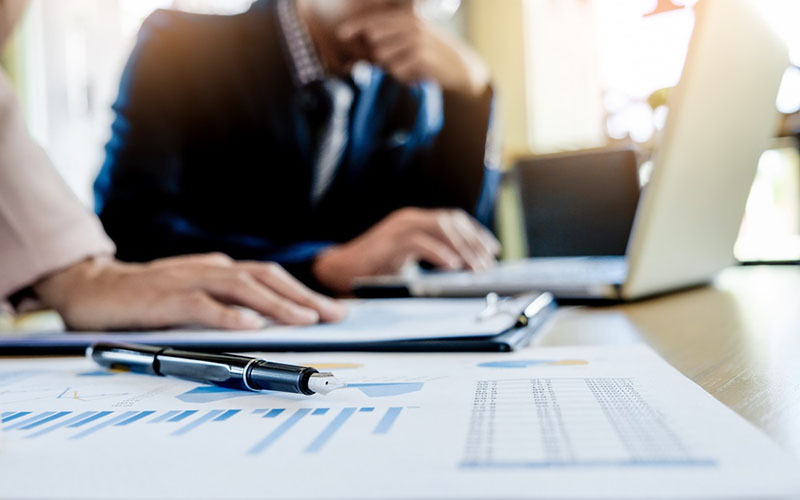 Picture this real-world scenario:  A major battery manufacturer finds itself running two years behind on a project with a partner firm. At many companies, this long of a delay could have jeopardized the outcome. But there is a strong project steering committee in place – with good communication via cross-functional discussions between the manufacturer and the partner firm – which helps everyone involved realize that the delay came about for the right reasons. After working through the issues, the project is completed and is seen as a success by the manufacturer.

Nobody will make a blockbuster movie out of this true story because project governance isn’t a particularly glamorous topic. But we know that it’s vital to the success of the complex supply chain projects companies like yours undertake. The process of making good decisions, then implementing them well, is as critical as the unseen foundation under a brand-new building. Without that strong and solid foundation, no matter how beautiful or well-dreamed the structure you build above it, there’s a risk of the whole thing crashing down on top of you.

The three main elements of project governance are basic questions to be answered: What do we want to do? How are we going to do what we said we would do? And, How do we know we’re being successful at what we’re supposed to be doing?

Getting the best answers to those questions isn’t always easy, and there will be obstacles. But good project governance saves time and money by making sure you stay organized and focused.

What Happens When Things Go Wrong?

Consider another real-world scenario: An agricultural chemical company undertakes an IT project to automate its planning processes. But because the governance structure they had agreed upon isn’t working properly, the project is delayed by four weeks at a projected cost of $450,000 – and opportunity costs of many times that amount.

Stop for a moment to consider the stress that’s often involved at this kind of moment. Frustrations may be running high. Money might be lost. Reputations could be in jeopardy. Communication is vital, but could be difficult to achieve with those factors in play. And without a plan in place to deal with these sorts of issues, the companies involved might both have lost out.

Thankfully, that’s not what happened in this case: The issue that caused the problem brought the executive team together, and they found an acceptable workaround that allowed them to proceed without a delay. They successfully answered the question, “How are we going to do what we said we’d do?” As a result, the issues were resolved in real time.

Without good communication and a clear governance structure in place, these turnarounds might not have been possible. The entire project could have collapsed for lack of a way of solving the problems that led to this delay and the associated funding problem that resulted. Or, if it had been finished, there might have been additional delays and costs that could have jeopardized the partnership between these companies.

The Best Approach: A 3-Tiered Structure

In working with a variety of companies in different industries on supply chain projects, we’ve found that a three-tiered approach helps build that solid foundation: a project manager, a project director and an executive sponsor. The overall effort needs to be governed by a steering committee, in which the executive sponsor plays a lead role. Not every company takes time to create this kind of hierarchy, but experience has shown us that this model ensures good communication, builds a workable cadence and demonstrates well thought-out and timely decision making.

The goal is to have individuals in each of these three tiers who are prepared to speak for constituents in their companies, and empowered to make the appropriate decisions on how the project should move forward:

The executive sponsor heads the project steering committee, which has overall responsibility for the governance of project management. They set the direction, make necessary decisions and provide insights to make sure the project fits the company’s overall strategic objectives. The steering committee should include the client’s executive sponsor as well as other executive stakeholders – which, depending on the company, may include IT, sales management, production management and other supply chain executives, plus others as needed.

One of the missteps I often see on projects is the fact that not all stakeholders have a seat, or not all are actively involved in the steering committee. One of the most important tasks for the executive sponsor is ensuring that the right people are represented on the steering committee. Buy-in from stakeholders is vital to the success of a technology project; without that visibility, your project may encounter delays or may fail altogether. For that reason, the executive sponsor needs to be a capable, decisive leader with the bandwidth to perform this role well, but also needs to be inclusive, seeking input from others in the company based on strategic goals and objectives. Consensus from this diverse committee is critical to buy-in and change management.

This is the structure JDA uses to partner with companies for successful projects. With such a model, we find that difficulties and delays are easier to overcome, because all constituents have a clear understanding of their roles and the lines of communication stay open. And because there’s involvement at all levels of the organization, projects stay aligned with company goals.

Without a successful tiered governance model in place, you risk the chance of being inefficient and wasting millions of dollars on project decisions that don’t align with the rest of the company.

The Roadmap to Digital Transformation with Lenzing’s CCO [Video]

Predict What’s Next in Category Management