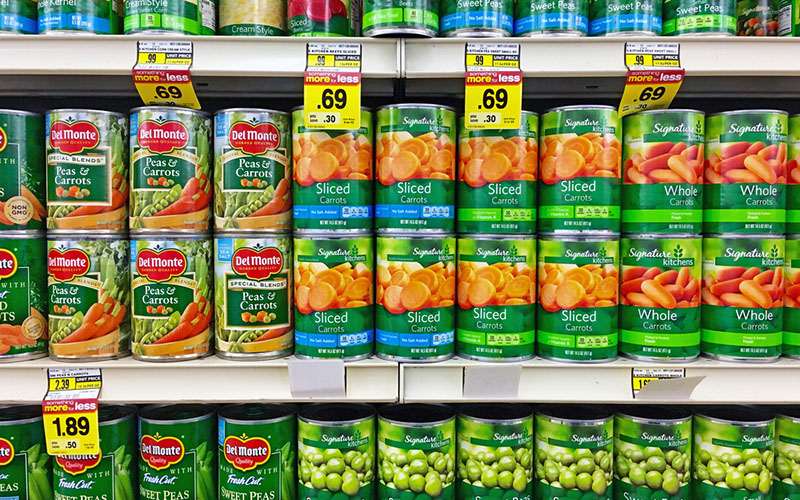 This week: Whole Foods is cutting prices and it’s hitting Trader Joe’s hard, Whole Foods has already sold approximately $1.6 million worth of its private-label products through Amazon, Wal-Mart tries to battle Amazon by taking Jet.com upscale, bias is the real artificial intelligence (AI) danger, not killer robots and U.S. restaurants have been on a hiring binge in recent years, far outpacing the rest of the economy.

Amazon’s acquisition of Whole Foods is rocking the grocery industry. As soon as the e-commerce giant’s $13.7 billion acquisition of Whole Foods formally went through in August, the changes began, from cutting costs to internal restructuring. According to a report by alternative data intelligence firm Thasos Group, which analyzed mobile phone location data, Whole Foods’ foot traffic climbed 17 percent year-over-year the week of price cuts. Three weeks later, traffic was still up 4 percent year-over-year.  These new customers seem to be coming from other grocery chains. Almost 10 percent of regular Trader Joe’s customers defected to Whole Foods each day the first week after the Amazon acquisition, when the price cuts went into effect. While the figure dropped after the first week, Trader Joe’s still had a 6 percent defection rate three weeks after the acquisition.

Whole Foods has already sold approximately $1.6 million worth of its private-label products through Amazon, just one month after its acquisition by the e-commerce titan, The Wall Street Journal reports. Amazon sold $500,000 of Whole Foods products in week one, and while that dropped to $300,000 for each of the next two weeks due to stock issues, sales bounced back in the fourth week, according to One Click Retail as cited by WSJ. Selling the grocer’s private-label goods like 365 Everyday Value through Amazon.com, AmazonFresh, Prime Pantry, and Prime Now was one of Amazon’s first moves after purchasing Whole Foods. Whole Foods’ reputation for quality puts it in a unique position to tackle online grocery. Consumers’ main issue with online grocery is the inability to see and choose their own products, and many grocers have struggled to overcome this hurdle. Whole Foods, however, is known for its high-quality products and stringent standards, meaning consumers may be more confident purchasing the company’s offerings online.

One year after Wal-Mart Stores Inc. bought Jet.com for $3.3 billion, shoppers will get a glimpse of how it hopes to use the startup to battle Amazon.com Inc. Jet plans to start selling apparel from niche online sellers that Wal-Mart has acquired over the past year, according to people familiar with the matter. It is expected to add clothes from ModCloth in coming months and Bonobos men’s apparel next year, one person said. Ahead of the winter holidays, the website also plans to introduce a new line of private-label food and other grocery items.

Google’s AI chief isn’t fretting about super-intelligent killer robots. Instead, John Giannandrea is concerned about the danger that may be lurking inside the machine-learning algorithms used to make millions of decisions every minute. “The real safety question, if you want to call it that, is that if we give these systems biased data, they will be biased,” Giannandrea said before a recent Google conference on the relationship between humans and AI systems. The problem of bias in machine learning is likely to become more significant as the technology spreads to critical areas like medicine and law, and as more people without a deep technical understanding are tasked with deploying it. Some experts warn that algorithmic bias is already pervasive in many industries, and that almost no one is making an effort to identify or correct it (see “Biased Algorithms Are Everywhere, and No One Seems to Care”).

Restaurants Go on Diet After Years of Fattening Up U.S. Job Gains

U.S. restaurants have been on a hiring binge in recent years, far outpacing the rest of the economy. But their appetite for more employees looks to be waning. McDonald’s Corp. and Subway Restaurants, two of the largest fast-food chains in North America, have cut back on new-store openings and closed some locations. Supermarkets including Kroger Co. are pushing prepared foods, while meal kits are making it cheaper and easier for people to eat at home. Wendy’s Co. and McDonald’s plan to install hundreds of digital ordering kiosks by year-end to boost sales as labor costs rise. While eating out remains popular, restaurants face headwinds from competition, overbuilding and automation, especially at fast-food chains. The threats loom over an industry that’s punched above its weight in America’s labor market: Since the start of the expansion in mid-2009, it has added 2.3 million jobs, or 15 percent of the private-sector increase, while employing only 9 percent of private workers.

How Speed to Market Has Helped This 100-Year-Old Brand, An Interview with Driscoll’s CIO [Video]

What’re People Buzzing About? Your Content Should Join The Conversation