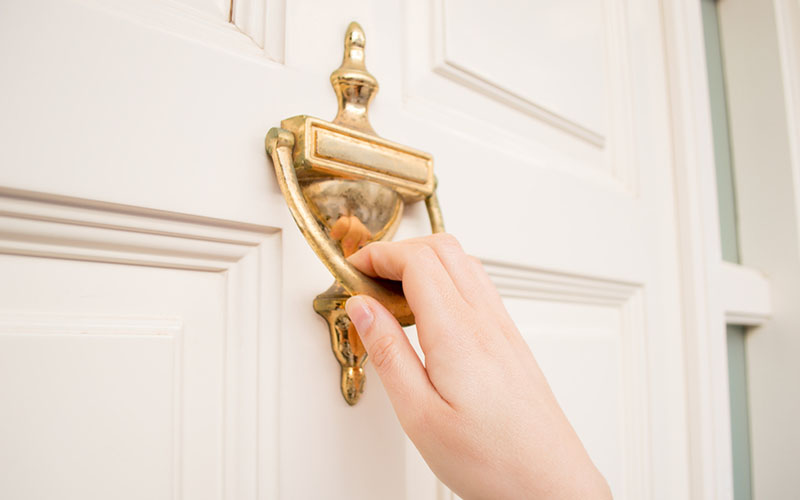 On Wednesdays, Supply Chain Nation will shine a light on the role of women in the world of technology and supply chain. We will feature interviews with successful women at JDA, talk to some amazing women who also happen to be our customers, share perspectives from JDA associates and more! This week we feature a Customer Executive from our North America Manufacturing sales team.

JDA’s Vicky Marco is a self-described Army brat. She grew up in cities around the world until her father retired and her family settled in Albuquerque, New Mexico, where she graduated high school and went on to earn an Accounting degree from the University of New Mexico. From there, the veteran sales professional kept saying “yes” when opportunity knocked, leading to a successful career as a software sales executive.

Vicky’s “yes” attitude is not limited to her working world – she and her husband
have made room in their busy lives to adopt four rescue dogs, shown above.

SCN: You studied accounting but ended up in sales. How did that happen?

VM: You know, I hated accounting. I’m not sure why I decided to study it except that maybe I thought it would be a good background for whatever I wanted to do.

SCN: Did you ever work in accounting?

VM: Yes. I took a job traveling around the world as an auditor. Coming out of school, a job that offered worldwide travel was a job I wanted to have! I audited retail facilities, gas stations, concessions and distribution centers for Army Airforce Exchange. I got to travel all over Europe and Asia-Pacific. I did that for about seven years before they wanted to transfer me to Okinawa, Japan as an accounting manager. You can imagine the challenges that I might have had – a 20-something female managing a group of Japanese men. At that time, I didn’t think that would have gone over well. So, I turned down the job, which allowed me to get into software.

SCN: How did you make that transition?

VM: Because I knew I didn’t want a career in accounting, while I was still an auditor I had started taking computer-related courses.

SCN: How did you juggle a full-time job, studies and international travel?

VM: Well, I didn’t sleep too much! I just did them in parallel. I worked during the day and took classes at night. I guess you could say that I was highly motivated to get out of accounting!

SCN: Then you landed your first job in software. Was it in sales?

VM: After I turned down the Okinawa opportunity, I landed a job as a software consultant with MSA (Management Science America). At the time, they were a leading ERP provider, and eventually became D&B Software.

SCN: What was that like? Was the transition difficult?

VM: My accounting background allowed me to make that transition. I branched from being an auditor to being a liaison where I helped develop in-house accounting systems. MSA liked my accounting background, along with the technology coursework I had done. I worked as a consultant for about two years, when a woman on the pre-sales team went on maternity leave and did not return. They asked me to take that role. I hadn’t really thought about it, but decided I’d give it a whirl. It was that role that later launched me into sales.

SCN: Is presales a natural progression to sales?

VM: It’s not that common. There are a few of us here who have done it, but not too many. I think the thing you must learn, as you move from consulting to presales, and from presales to sales, is that you need to forget all of the detail that you know. You need a big picture view. I wanted to tell the customer how to “build the clock,” and in sales, that wasn’t what I needed to do.

SCN: Were there other women in sales at that time?

VM: In the roles I’ve had throughout my career, there have always been low numbers of women. But I’ve always had women that I’ve been close to. We’ve bounced things off each other and were sort of mentors to each other. I think you just get used to being one of the only women in a meeting. Now a lot of companies we work with have women in higher level positions so it is nice that a woman can call on a woman, for example. But I think there have traditionally been low numbers in our industry.

SCN: Why do you think that is?

VM: I think maybe women traditionally didn’t have an interest in technology and supply chain. The travel requirements are another aspect. I think women sometimes choose to focus on family versus traveling; that’s how I got into presales. The woman I replaced had twins and opted to get off the road to be with her family.

SCN: What do you like about working in technology and supply chain?

VM: I think it is a fascinating area. Supply chain is all about business efficiency. When I first got into supply chain, I knew nothing about it, but my accounting background helped me understand the value of finding efficiencies, saving companies money and how you articulate ROI associated with improving your supply chain. I’m not super technical, but I know how to improve a business by finding supply chain efficiencies, and how applying technology can help.”

SCN: What’s the best advice you’ve ever received and who gave it to you?

VM: My father told me “Don’t worry about the things you have no control over.”  I tend to look at everything and over-analyze it.  I want to control everything, which I obviously can’t. It was good advice.

SCN: What advice would you give to a young woman starting her career?

VM: When you are given opportunities, you should just try them, even if you don’t think you’re qualified. I liked being a consultant. I liked being in presales. When I was approached about trying something new, saying yes carried me forward. I was given an opportunity and took it. Some people have goals in mind and they strive for those goals, but I think sometimes they want to get there quicker than their skill sets will allow. Or sometimes they are so focused on where they think they want to go, that they aren’t always open to new opportunities.

SCN: What makes JDA a great place to work?

VM: Without a doubt, it is the people. We have really good, really smart people here. I’ve worked other places, but I think JDA has the best. I just love them.

SCN: If you had to tweet your resume, what would it say?

Interested?  Read more of our Wednesdays for Women blog posts.

Inside the Voice of the Category Manager Survey Results: Solving the Compliance Conundrum

Apply Yourself to Everything You Do

Have a Voice and Use It