Who Else Wants To Know The Mystery Behind Style?

5 Ways Animals Will Help You Get More Business

What Alberto Savoia Can Teach You About Interior

Why Is It Helpful To Write Down Things And Make Checklists

This Years Style For The Winter 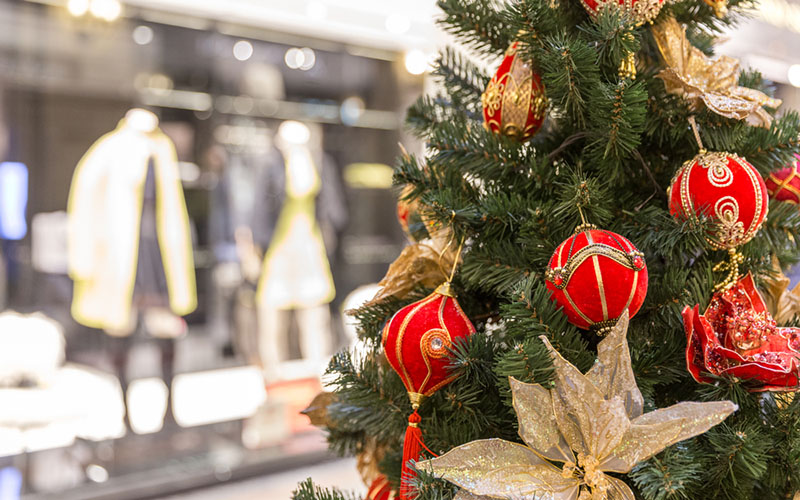 What Does the First Week of Holiday Retail Sales Tell Us About the Season Ahead?

The first week of the traditional holiday shopping season is in the books, and the news so far looks good. Early reports indicate that US retailers earned a record $7.9 billion on Black Friday alone – an increase of nearly 18 percent over 2016.

“From a retail industry perspective, Black Friday was an encouraging day for a lot of retailers,” said Jim Prewitt, VP of Retail Industry Strategy at JDA Software.

But what’s surprising, Jim said, was the steady volume of foot traffic at retail stores compared to last year’s Black Friday. “Some retailers, Kohl’s in particular, were very vocal in reporting successes they had, both in-store and online,” he said.

Contributing to those successes was a return to in-store-only specials at some brick-and-mortar retailers. “This is the first time in two or three years that we’ve seen the resurgence of the in-store-only doorbuster,” Jim said. “We saw it with Best Buy and a number of department stores that featured specials only for in-store purchases on some items, until those items went on sale on Cyber Monday.”

He said that the fact those retailers had found a way to generate additional Black Friday foot traffic could help increase confidence.

JoAnn said that Kohl’s had announced a 40 percent increase in the number of buy-online, pick-up in-store orders over this year’s holiday shopping weekend.

“When you look at the responses we’ve seen in our recent surveys, that’s right in alignment with what we predicted going into this holiday shopping season,” Martin said.

Results of the JDA 2017 Voice of the Store Manager survey saw customer use of buy-online, pick-up in-store (BOPIS) services jump by 41 percent year-over-year – an increase that highlights retailers’ opportunities for follow-on sales as customers visit stores to pick up purchases.

“There’s also the lead-up to black Friday,” Jim said. “Over the last several years we’ve talked about the expansion of the season, so that instead of Thanksgiving, Black Friday, and Cyber Monday, we now have a full week of promotions.”

“This year, if we look at the period that ran from Wednesday (Nov. 22) through Black Friday, sales for that period were up 21 percent year-over-year,” Jim said.

Also, despite the number of retailers that didn’t open on the holiday, “we saw Thanksgiving Day sales grow 28 percent,” Jim said. “People were anxious to get a jump on some of these deals.”

And after months of negative headlines, many department stores fared well on Thanksgiving weekend. “I was really pleased to see how well department stores performed, especially Kohl’s, JCPenney and Macy’s,” said JoAnn Martin, VP of Retail Industry Strategy at JDA.

But despite higher foot traffic and generally positive results, JoAnn said we’ll have to wait to see whether those crowds will be good for retailers’ bottom lines.

“Many of these retailers had significant doorbuster specials and loss leaders concentrated within weather-type categories – boots, sweaters and coats,” JoAnn said – the result of unseasonably warm weather in many parts of the United States slowing sales in this category.

Just as in 2016, mobile sales led desktop computer sales over Black Friday weekend, followed by news reports that Cyber Monday set a new record with over US$2 billion in mobile sales.

“In fact, I expect to see mobile sales overtake desktop for the entire 2017 holiday season,” Jim said. “It’s just so easy to shop on your phone.”

As more shopping journeys start on mobile devices, Jim said, it’s more likely that those purchases will be made through the same channel. “They did the research there, and now they’re more likely to complete the purchase because they have all the information they need.”

“Conversion rates on mobile are still lower than those we’re seeing on desktop, but the share of transactions on desktop is smaller,” JoAnn said.

Much of this is due to the impact of Amazon, Jim said. “You’ve got a shopping experience that’s optimized for mobile, with the option for one-click pay. Amazon, overall, netted 50 percent of online sales, which is striking.”

“Companies are investing in mobile to for speed, making shopping that much easier,” JoAnn said.

Also, JoAnn said that increased adoption of digital wallets such as Apple Pay and PayPal on mobile devices is making buying easier.

“There’s a long season to go, and of course the majority of sales don’t happen on Black Friday. But we’ve seen a good start to the 2017 holiday shopping season,” Prewitt said.

In the weeks ahead, “I think we can see some signs of the evolution of retail, especially the blurring of the lines between digital channels and the physical retail store, in this holiday season,” Jim said. “We saw it over the Black Friday weekend.”

Even before the holiday season begin, Jim said, “year-over-year e-commerce sales were up about 18 percent. This Cyber Monday, retailers saw a billion dollars more in sales than on Cyber Monday 2016.”

In an age when shoppers are now familiar with shopping and buying via e-commerce channels, and especially on mobile devices, “retailers are now working to create a unified shopping experience,” Jim said.

And in addition to giving customers the fulfillment options they want, that will mean investing in technology to remove friction from the retail experience – not just on busy holiday shopping weekends, but throughout the year.

Download the JDA Consumer Survey and the Voice of the Store Manager survey to learn more about how you can deliver on customer expectations in 2018 and beyond. Visit the JDA Knowledge Center for more insights on retail’s digital transformation.

The Growing Digital Connection Between Businesses and Consumers

Intelligent Pricing Could Help to Eliminate Waste from Luxury Brands

Retail Pricing: Understanding How Power Shifted to the Consumer

Retail’s Not Dead: Changing the Conversation about the Evolving Retail Experience