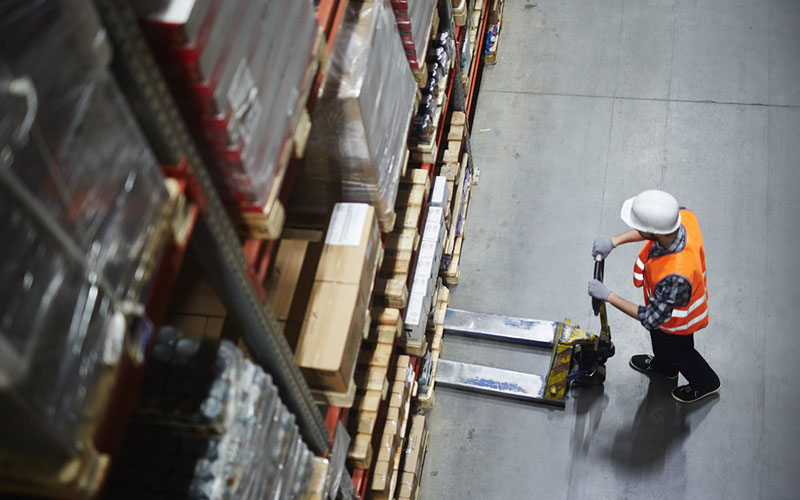 Waveless Picking: Is Your Supply Chain Able to Compete with Amazon?

Think back five years ago when you shopped online. Back then, when you placed an order online and the estimated delivery date was 10 days later, that was acceptable. Now think about your online shopping and shipping expectations today – a 10-day delivery estimate is unacceptable to most, if not all, consumers. This is mostly thanks to Amazon Prime, which has drastically changed consumers’ expectations. Consumers now expect at least two-day delivery, if not same day or next day. With the number of Amazon Prime members at 90 million, you can only expect consumers to become more demanding.

This has created a very challenging environment for wholesale distributors, third party logistics (3PLs) providers, manufacturing and retail companies. But, at the same time it’s giving them an opportunity to respond to these disruptions and build a supply chain that can support the fast turnaround  to compete with Amazon. Retailers are now forced to operate around-the-clock fulfillment centers (FCs) to satisfy these demands. In turn, Warehouse managers have to figure out how to streamline processes in the most efficient and effective way. A process referred to as waveless picking can transform your warehouse operations and drive success.

What is Waveless Picking?

Waveless picking isn’t new, but the concept is becoming more well-known due to the disruption Amazon is causing. The process of waveless picking can help your organization’s supply chain meet increasingly demanding customer expectations.

Distributors, 3PLs, manufacturers and retailers are aware consumers expect to receive their orders faster than ever before. According to a study by Temando, 80 percent of shoppers want retailers to offer a same-day shipping option, but just 53 percent of retailers offer it, proving there’s a gap between consumer expectations and what companies can provide.

This is where waveless picking comes in. Traditionally, when a warehouse receives the orders, outbound planners would typically batch and release work to the floor for picking and shipping every few hours, depending on the operation. But this strategy isn’t feasible when consumers expect two-day, next day or same day delivery. Orders need to be picked and shipped fast, so if you have a 2-hour delivery promise like Amazon’s Prime Now, you can’t wait to batch and release orders for picking every four hours. Instead, with waveless picking, as soon as orders are received, they’re released to the floor.

With the wave-based approach, you group a set of orders, allocate them in batch, create work and release it to the floor. Different functions and their resources operate in a rigid lock-step fashion, with replenishment and picking starting first and then passing the work load to sorter and then to pack stations and put walls, and then to staging and loading teams as an example. Depending on the size and frequency of the batch, there could be peaks and valleys in labor and equipment utilization. However, this operating model doesn’t work well for high-volume e-commerce operations with constant flow of orders throughout the day and shorter order cycle times.

Streamlining Your Approach with Waveless Picking

JDA’s approach for high-volume e-commerce operations is to leverage both warehouse management system (WMS) and warehouse control system (WCS) capabilities in what they do best, with tighter and agile collaboration between WMS and WCS systems. With WMS having visibility to overall inventory and orders, it’s best placed to determine the priority of order release, inventory to be allocated and creation of optimized tasks based on inventory and order attributes. With WCS having real-time visibility to automation equipment, status of the work load and throughput of the equipment, WCS is best placed to assign work, orchestrate the various automation equipment and “pull” work from WMS as needed. JDA believes neither a WMS system or WCS system alone can solve the challenges of a high-volume operation with automation. WMS and WCS systems must work together and collaborate very closely to keep the resources at peak utilization and reduce order cycle times.

With a traditional approach, WMS and WCS systems communicate in a leader/follower model, with WMS acting as a leader and instructing WCS on work that should be completed. With JDA’s waveless approach, one of the key differences is that WMS and WCS systems operate more as peers with WCS systems “pulling” work from WMS instead of WMS “pushing” work down. Since WCS has real-time view of the various automation equipment, their workload and throughput, WCS is best placed to control, speedup or throttle, the flow of work to automation equipment. WMS should be ready and open to respond to WCS on-demand.

In JDA’s waveless order processing, orders are “dispositioned” as soon as they arrive in WMS from the enterprise resource planning (ERP) system or order management systems. JDA’s WMS decides whether the order is eligible and requires waveless processing or if it is better suited for wave-based approach. Orders are prioritized and the right inventory is allocated, instead of waiting for wave batch to be created. Work is created and waiting to be assigned for the appropriate resources be it labor or automation equipment. JDA’s WMS, with the open, API-based integration with WCS, can provide the work to WCS as needed, on-demand. WCS systems are not waiting and no more dependent on next “download” from WMS wave process to get new work.

For omni-channel warehouse operations that are serving retail, wholesale and e-commerce channels, both approaches, wave-based and waveless picking, can be utilized in conjunction in a same warehouse environment depending on channel, order and inventory profiles. JDA believes this approach of close collaboration between WMS and WCS system is optimal and more feasible for warehouse operations compared to the do-it-all approach of some WMS and WES systems.

How JDA Can Help

Consumer expectations are going to keep rising, due to Amazon and other similar retailers who continue to set the precedent. Consumers will avoid companies who can’t deliver in a timely manner because they know Amazon will meet their demanding wants and needs. Companies that don’t use this as an opportunity to evolve and grow risk the chance of going out of business. Contact JDA today to learn more about our flexible WMS and waveless picking capabilities.

The Growing Digital Connection Between Businesses and Consumers

People Never Get Tired Of Hearing Their Own Names. You Is A Great, Universal Shortcut.

Little Known Ways To Rid Yourself Of Tech