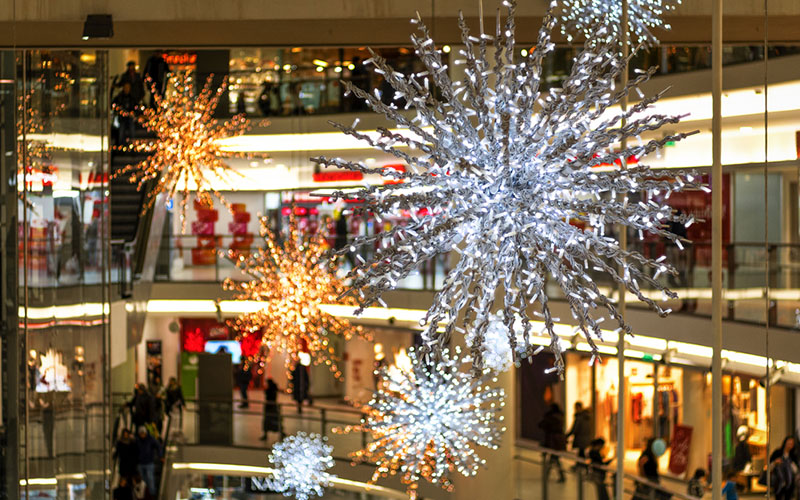 Bloomberg reports that U.S. retail sales rose more than forecast in November and the previous month was revised higher, indicating a broad strengthening of consumer demand as the holiday shopping season got under way. According to Commerce Department figures released Thursday, sales in the retail control group increased at a three-month annualized pace of 6.6 percent, the most since June 2014. These numbers follow early accounts of this year’s Thanksgiving weekend which had suggested consumers were ready to spend more.

AI pioneer Andrew Ng left Baidu earlier this year, and it wasn’t clear what his next project would be. This week, Ng announced the launch of Landing.ai, a new startup that focuses on bringing artificial intelligence to the manufacturing industry. According to TechCrunch, Landing.ai’s first strategic partner is Foxconn. In his announcement, Ng argues that AI and machine learning have already transformed how many of the big internet companies do business, but other industries are lagging behind. His goal is to help bring AI to industries outside the traditional IT world.

On Wednesday, Target announced an agreement to purchase grocery delivery startup Shipt, with plans to use the acquisition to roll out same-day delivery to some 900 stores by summer 2018. Initially the service will be exclusively for grocery, household essentials and electronics, but Target hopes to include all product groups by the end of 2019. Shipt will continue to work with other retailers and existing partners, including Costco and Kroger. Target has been ramping up same-day delivery offerings in 2017; in August, it acquired Grand Junction, a startup that connects retailers to carriers.

The Boston Globe reports that, as shoppers change their buying preferences, retailers have had to change how they ramp up staffing for the holidays. In a tight labor market brick-and-mortar stores started hiring earlier this year and are offering employees more hours. Meanwhile, online retailers bulked up staffing in warehouses and delivery services, and hired workers to handle customer service calls from home. For stores operating across multiple channels, changing shopper behavior means finding the perfect staffing mix to meet customers wherever they want to shop.

On Tuesday, PepsiCo announced that it has reserved 100 of Tesla Inc.’s new electric semi trucks, the largest known pre-order of the new electric big rigs. The move will reduce fuel costs and fleet emissions, according to a company executive. According to Reuters, Tesla is working to show the trucking community that it can build an affordable electric semi with the range and cargo capacity of diesel trucks. Other transportation firms have said they are holding off on the Tesla for now, citing uncertainty over recharge times, range and payload capabilities as the market for electric commercial vehicles continues to develop.

A Day of EmpowHERing Messages

Shaping the Future of the Supply Chain

Intelligent Pricing Could Help to Eliminate Waste from Luxury Brands

Where, Oh Where Should Demand Planning Go? – Part 4 of 4