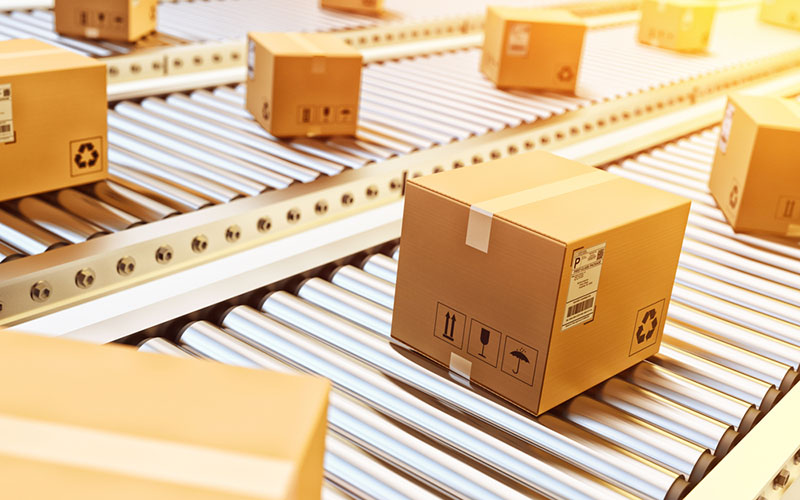 This week: Our increasing demand to buy gadgets, groceries and other goods online is actually driving up the price of land on which to store those items, U.S. private employers added 250,000 jobs in December, marking the biggest monthly increase since March, traditional grocers are preparing to harness technology in new ways, ready to unleash a new, more likely to succeed, tech revolution in food retailing, manufacturing in the U.S. just accelerated to its best year since 2004 and Amazon could be eyeing Target as its next major retail acquisition, according to one influential tech analyst.

Our increasing demand to buy gadgets, groceries and other goods online is actually driving up the price of land on which to store those items. That’s because in order to ship goods to customers within a day or two — a time frame popularized by the likes of Amazon that has now become expected — e-commerce companies need to locate their distribution warehouses as close to their customers as possible. Industrially zoned land, especially near cities, is already hard to come by. And new construction has consistently been unable to meet demand, though it’s starting to catch up. All of this has led the average cost of land for large warehouses to double last year to over $100,000 an acre, from about $50,000 in 2016, according to data from real estate firm CBRE. The cost of land for smaller warehouses in or near cities — what’s used for last-mile or same-day delivery — rose to more than $250,000 an acre, up 25 percent from 2016 to 2017.

U.S. private employers added 250,000 jobs in December, marking the biggest monthly increase since March, a report by ADP Research Institute showed on Thursday. Economists surveyed by Reuters had forecast the ADP National Employment Report would show a gain of 190,000 jobs, with estimates ranging from 165,000 to 225,000. Private payroll gains in the month earlier were revised down to 185,000 from an originally reported 190,000 increase. The report is jointly developed with Moody’s Analytics. The ADP figures come ahead of the U.S. Labor Department’s more comprehensive non-farm payrolls report on Friday, which includes both public and private-sector employment.

Food Retailing Is Preparing for Another Tech Revolution

Roughly twenty years ago online grocers were part of the great internet dot-com bubble with a host of companies promising to deliver groceries to your home affordably and conveniently. Venture capital poured into these companies which promised to leverage the wonders of technology to revolutionize the food retail industry. Several even had successful IPOs before the entire industry more or less went bankrupt and disappeared. Yet as clear as the lesson of this first attempted tech revolution in the food retailing sector was, firms have continued to make forays into that space, creating a stream of failures. Yet now traditional grocers are preparing to harness technology in new ways, ready to unleash a new, more likely to succeed, tech revolution in food retailing.

Manufacturing in the U.S. Just Accelerated to its Best Year Since 2004

U.S. manufacturing expanded in December at the fastest pace in three months, as gains in orders and production capped the strongest year for factories since 2004, the Institute for Supply Management said Wednesday. The survey-based measure of factory activity — the year’s second-highest behind September, when storm-related supply delays boosted the index — brings the 2017 average to 57.6, the best in 13 years. The latest gain extends a string of strong readings that’s been fueled by more domestic business investment, improving global economies and steady spending by American households. A common refrain from companies surveyed, though, was difficulty finding highly-skilled labor, and some firms are paying higher wages to attract the workforce needed, ISM manufacturing survey committee chairman Timothy Fiore said on a conference call with reporters.

Amazon and Target Could Join Forces and Crush Walmart

Amazon could be eyeing Target as its next major retail acquisition, according to one influential tech analyst. “Amazon will acquire Target,” Loup Ventures’ Gene Munster wrote on Monday in a post on his predictions for 2018. “Amazon believes the future of retail is a mix of mostly online and some offline,” he added. “Target is the ideal offline partner for Amazon for two reasons, shared demographic and manageable but comprehensive store count.” Target shares jumped 3% in early trading Tuesday. Target would be a powerful tool for Amazon in its quest to get moms hooked on its Prime services, according to Munster. “Target’s focus on moms is central to Amazon’s approach to win wallet share,” he wrote. “Amazon has, over the years, aggressively pursued moms through promotions around Prime along with loading Prime Video with kid-friendly content.”

Bringing It All Together: Category Management and Supply Chain with Blue Yonder

Advance to the Next Generation of Warehouse Technologies at ProMat

Category Management in the New Normal – POV from Blue Yonder