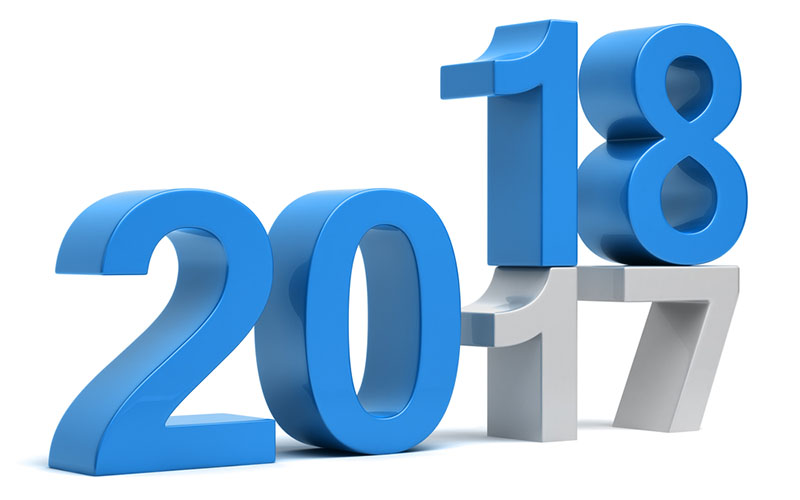 The Top Retail Trends of 2017, and How They’ll Keep Impacting Your Business in 2018

2017 will be remembered as “the year of disruption,” said JoAnn Martin, VP of Retail Industry Strategy at JDA Software.

“We saw consolidation and we saw growth,” JoAnn said. “We saw store closures, but we also saw new stores opening.”

Overall, 2017 is ending on a positive note for retail, especially in the United States. A healthy job market has led to consumer confidence remaining solid, as early reports estimate nearly 5 percent growth in spending during the recent holiday season.

But the impacts of new technologies and the growth of Amazon, Alibaba, Walmart and other major marketplaces will shape the future of retail in ways that seem, in the near term, “apocalyptic.”

“When we look back on 2017, we’re going to remember some of these events as game-changers,” said Jim Prewitt, VP of retail industry strategy at JDA. “There are trends from this year that we’re going to see repeated in the years ahead.”

Amazon’s acquisition of Whole Foods in August 2017 made headlines and caused a ripple effect throughout the grocery sector, Jim said.

“Whole Foods was facing challenges. Their competitors had made moves into organics and natural foods and were able to undercut them on price,” he said. “But then Amazon came in search of a retailer with a national footprint, and that acquisition put all of retail on notice.”

The integration of Amazon’s e-commerce model with brick-and-mortar is part of a continued blurring of the lines between channels as retail moves toward unified commerce.

And that’s going to impact both retailers and the in-store experience in general, both in 2018 and beyond, JoAnn said.

“In softlines, I think we’ll continue to see consolidation and store closures as companies rationalize their space,” JoAnn said. “But there’ll also be a concerted effort toward improving user experience and customer service in stores. We’ll start to see more seamless shopping and buying experiences across channels.”

In grocery, online channels will continue to grow. “Retailers are going to continue working to perfect their online offerings and to be able to execute in the final mile,” JoAnn said. “And we’ll also see a continued trend of customers shifting business from larger grocers to convenience and to discounters like Aldi and Lidl.”

If enough share moves from supermarkets and hypermarkets to these smaller-footprint stores, JoAnn said, “we may see a right-sizing in the number and size of grocers similar to what we’re seeing in other parts of retail.”

“And we’re also likely to see a change in proportion within stores between CPGs and fresh products,” JoAnn said.

More partnerships between retailers and gig economy providers are also likely. “We see companies exploring fresh ways of reaching customers, like Instacart,” JoAnn said. “And we’ve seen strategic acquisitions, such as IKEA buying TaskRabbit and Target’s acquisition of Shipt, giving retailers new capabilities that they weren’t able to generate on their own. I think we’ll continue to see that in the year ahead.”

Jim Prewitt said we can also expect to see retailers changing the store experiences they provide. “For instance, Nordstrom is offering a small-format location where they provide personal stylists, take measurements and make recommendations. And online retailers are opening storefronts where you can get fitted, touch fabrics and have a stylist’s help and input – then order items that’re fulfilled from a central distribution center.”

While 54 percent of customers still prefer to shop in stores, online shopping and e-commerce purchases are quickly moving from desktop to mobile devices.

“We saw mobile purchases grow rapidly during Holiday 2017 and they’re going to continue to grow through 2025 and beyond,” JoAnn said.

But the ultimate outcome, she said, is a world where separate channels become a single seamless experience – a retail world where “mobile” isn’t a callout, but just a natural part of a very personalized shopping journey.

“We’re seeing a continued shift to the store as a place to manage fulfillment activities,” Jim said. “It was a big year for returns in particular, with Walmart integrating express in-store returns for online purchases into their mobile app.”

“And we also saw it with Amazon’s partnership with Kohl’s, where Kohl’s stores will accept Amazon’s unpackaged returns,” Jim said.

And these technologies will enable the kinds of deep personalization that will define the future retail experience, JoAnn said. “It’s just on the cusp of exploding. And machine learning is going to be the price of admission.”

To come out strong on the other side of this transformation, retailers will leverage data to create personalized promotions and seamless engagements across devices and channels. “Everything is converging right now,” JoAnn said.

“There’s definitely no shortage of data today,” she said. “The challenge is what to do with that data. And that means being able to leverage technology so that you can convert data into actionable insights.”

He said that he expects this trend to continue, putting retailers into a constant state of evaluating new technologies and “failing fast” with tactics that don’t fit their business model.

As retail continues to evolve, having the right partnerships to guide your business will be more important than ever.

For more insights, visit the JDA Knowledge Center and see the latest research and industry news from around the world of retail.