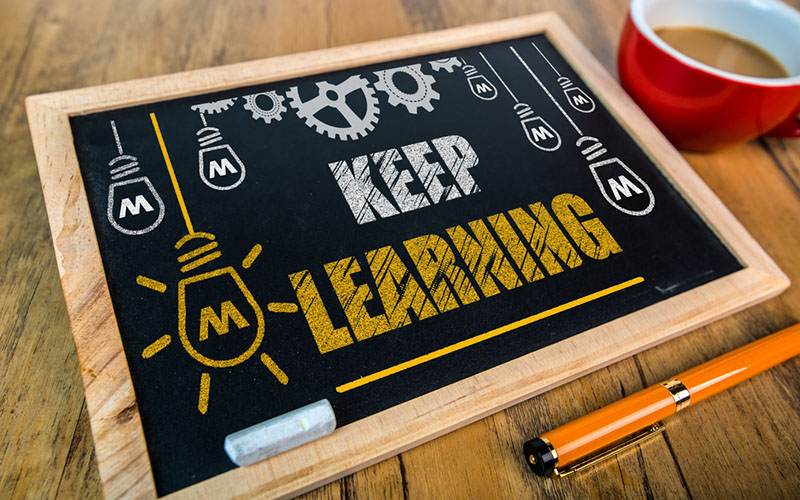 Dianne Bender has built a rewarding career through lifelong learning. She not only manages the Product Documentation team in JDA’s Waukesha, Wisconsin office, but she also just marked 25 years as a professor at her alma mater, the Milwaukee School of Engineering. Along the way there were many lessons that came from diversity in employers, coworkers and opportunities.

Dianne Bender’s love of learning and sense of adventure have resulted in some amazing vacations in the U.S. and abroad. She and her husband Mark especially enjoy hiking in beautiful locations such as Rocky Mountain National Park.

SCN: You work on the Product Documentation team at JDA. What does that entail?

DB: I lead a team of writers who analyze, develop and deliver high-quality content for online help, user guides and technical manuals for JDA’s software products. I also closely collaborate with the documentation team in JDA’s Center of Excellence to ensure that that we are consistently writing and editing our materials across all products. We provide documentation for a very large footprint of products, so this collaboration is critical to our success.

SCN: You have a degree in technical writing. What got you interested in that?

DB: In high school, I took a journalism class and was active in yearbook and the school newspaper. I went through high school planning to be a journalist. Then I discovered a brand-new program at the Milwaukee School of Engineering (MSOE) focused on technical writing. At that time the use of computers and technology was advancing rapidly, and I was really interested in combining writing with technology. I went to an open house and the next thing I knew I was a member of the initial freshman class of the technical communications program at MSOE.

SCN: Were there many women at MSOE at that time?

DB: At that time, the ratio was about 85 percent male, 15 percent female. But I must say, that ratio was an advantage for me. My jobs after graduating were in industries that would be considered male-dominated, so it gave me an advantage in knowing how to work with men or really any group of people different than me.

SCN: Did it bother you?

DB: No! I saw it as an opportunity. For example, I was the only woman in a calculus class of 30 students. I was the one who stood out. The teacher knew my name but may not have known the other 29. I’ve been in that kind of environment for 30 years. It’s where I thrive because it’s what I’ve known.

SCN: What was your first job after graduation?

DB: I was employed by The Bradley Corporation, which manufactures industrial plumbing fixtures such as washfountains, faucets and patient care lavatory units. It was something with which I was completely unfamiliar, but that’s what being a technical writer is all about. You learn about something and then translate its use and benefits to consumers.

SCN: You also have a Master’s degree. When did you accomplish that?

DB: Several months after I graduated from MSOE, one of my professors called and offered me a teaching position. I hadn’t planned to be a teacher but was flattered and decided to accept. That’s when I decided that if I was going to be a professor, then I should get an advanced degree. I enrolled in Carroll University’s education program that next fall, and I earned my Master’s there.

SCN: What do you teach at MSOE?

DB: I consistently teach desktop publishing, technical writing and theory of human communication in addition to other communication and humanities classes. I started and never stopped. This past May I received my 25-year service award for teaching.

SCN: How did you juggle working at Bradley, teaching and going to school at the same time?

DB: It took a lot of time management – something I learned with MSOE’s intense, quarterly-based curriculum. But, I also set a goal to supplement my career with teaching, something I found truly rewarding. With that goal in place, I did what I had to do. Of course, being single and young helped too!

SCN: How did your early career advance?

DB: After three years at Bradley I felt like I was running out of work to do. I was their first and only technical writer. It was a great opportunity, but I wanted to work with a team of writers and put together more polished publications. That led me to Waukesha Engine. They had the two things I was looking for – a writing team and a more professional output. I was fortunate to be able to write hardware documentation – the engine part – in addition to some software documentation because at that time they were starting to put computers on their engines. I was there for 10 years.

SCN: And you were still teaching?

DB: Yes! What I love is that I can bring my work experiences into the classroom. It reinforces for me what I’ve learned and what is important to communicate, and for the students there is a remarkable benefit to know what the real world is like.

SCN: How did you arrive at JDA?

DB: Waukesha Engine decided to outsource their technical writing to contractors. My work there shifted to ensuring people had tradeshow materials and running the company store, which wasn’t what I wanted to do. I decided to take a leap of faith and look for a position entirely in software documentation, as that was missing from my resume. That’s when I found the position at JDA, which was RedPrairie at the time.

DB: I was immediately impressed with the people and standards the technical writing team had in place, as well as their use of style guides and editors. I learned so much from them about following standards, writing for translation and being more concise. It all made me a better writer! Transitioning from hardware to software writing also meant sitting at a computer all day rather than spending time on the factory floor or in engine labs. The more sedentary work environment took some getting used to.

SCN: What do you know now that you wish you’d known when you were starting out?

DB: I wish I’d known how much more learning there would be. It’s constant! In technical writing, we are always learning about the products and their new features. But there is also a significant amount of change in tools and processes, so you need to learn to embrace change.

SCN: Would you have changed anything?

DB: I may not have put so much pressure on myself to get perfect grades. I don’t want to diminish the importance of good grades, but understanding that college was just the start of my learning, I might have looked at it differently. You think that with a college degree the learning is coming to an end, and really, it is just the beginning.

SCN: What is the accomplishment you’re most proud of at JDA?

DB: Taking a leadership role on the writing team and making it work. It was a bit of a risk for me, stepping from a peer relationship to a leadership role, and I’m proud of how it turned out.

SCN: You were elevated into a role where you went from peer to manager. How did you make that work?

DB: I tried to not act different; I was just myself. Also, when I was promoted, JDA was offering training classes for managers, and that helped prepare me for what to expect. My manager was really encouraging as well. He told me “Dianne, you’re going to be fine, it’s just like teaching. You have years of experience, and you don’t even realize how that’s going to help you.” And he was right. It really is like teaching.

SCN: How did your former peers – and now new direct reports – respond?

DB: They responded positively because I was someone that they knew. I have a senior team member who is an incredible editor and a mentor. I value her insights. Working together in a collaborative way with her and others has really helped. I enjoy the opportunity to encourage people and give them the kudos they deserve. I am so proud of the team and nothing makes me happier than seeing how we work together and to be able to recognize the team’s accomplishments.

SCN: Who is your role model?

DB: I look at the best traits of everyone, and I try to emulate those traits. For instance, my mother, grandmother and aunt all worked into their mid-70s – and my mom still works. I have tried to emulate their work ethic – to work hard and have fun too. I had a physics instructor at MSOE, Professor Carol Diggelman, who brought such positive energy and enthusiasm to the classroom that I work to bring that same excitement for learning to mine. The key is appreciating that everyone has their strengths and then learning from them.

SCN: What makes JDA a great place to work?

DB: There are three things: The people with whom I’ve had the opportunity to work, being empowered by my manager to collaborate and make decisions, and the encouragement to be innovative and try new things.

SCN: What about JDA makes it a great place for women to work?

DB: Women have such an opportunity at JDA! What I’ve noticed is that there are women and men on our executive leadership team who really want to see women advance in this company, and who want to help women achieve their career goals. That presents a great opportunity for women who want to grow their career here.

SCN: What advice do you have for women who want to work in tech?

DB: Set your goals and build a plan to make them happen. Map out what you think it will take to get there, but know there will likely be some off-roading! It may not happen quite as you’ve mapped it out, but it will happen if you stick with it.

It’s About the Journey