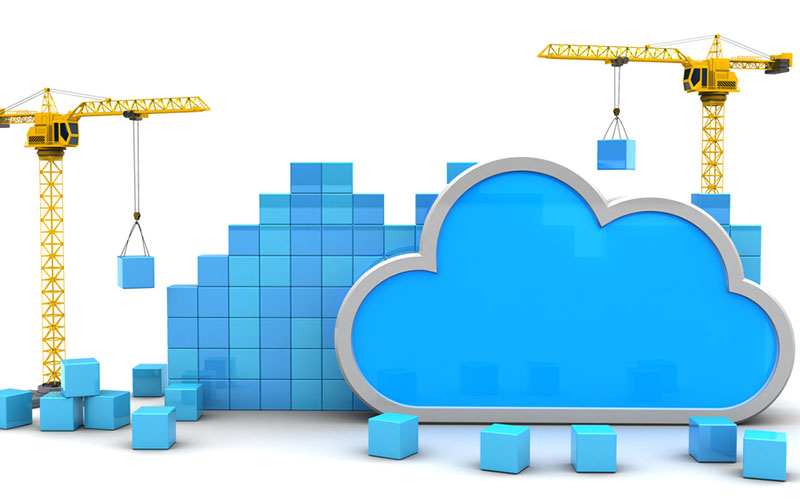 The “New” Safe Approach to Mission Criticality: Cloud for Warehousing, Distribution and Logistics

Spend five minutes perusing blogs like this, or traipsing about the corporate headquarters of nearly any company (in nearly any industry, country, or department), and you’ll hear repeated mention of terms such as “Cloud,” “SaaS (software as a service),” “PaaS (platform as a service),” and “IaaS (infrastructure as a service).” Spend five minutes more, and you’ll learn that if there’s one thing everyone seems to agree on, it’s that “moving to Cloud/SaaS/IaaS/PaaS/[insert silly acronym here] is critical to our company’s success.”

This idea is not a new one for businesses, having been around in some form or another for the greater part of 20 years. However, the general theme with adoption of Cloud-Based Managed Services is that the more mission critical the system and the more sophisticated the company, the shift to Cloud becomes less and less appealing. While many organizations have embraced the approach across their enterprise, supply chain execution systems, such as warehouse management systems (WMS) and transportation management systems (TMS), have lagged in the adoption curve, despite their initial successes. Why is this?

The Mission Criticality of WMS and TMS

First and foremost, WMS and TMS are often considered mission critical due to their direct ability to drive customer satisfaction. In fact, it’s not uncommon to find that the world’s leading supply chains lose thousands of dollars per second of WMS/TMS downtime. The information flowing through the systems is real-time and in the tier 1 and 2 markets and carries a need for a very high level of operational sophistication. As a result, both business and IT organizations have historically required the hardware to live on premise in the warehouse itself – given that at the time, it was the only way to guarantee low latency and redundancy due to the need for real-time interaction with warehouse automation systems and RF/voice devices.

In today’s day and age, the mission criticality of WMS and TMS has certainly not decreased, but for the past many years we’ve been in a much better position to see successful implementations of WMS and TMS to the Cloud.

Why the Model is Successful

There are three key reasons why this model has proven successful and why we see adoption of WMS-in-Cloud and TMS-in-Cloud to increase.

Let’s look at these reasons a little closer.

This is the culmination of many years’ experience with implementing Cloud-based warehousing and transportation systems. No matter how often we may wish otherwise, the WMS and TMS require a level of attention and sophistication that’s typically only rivaled by an Enterprise Resource Planning solution (ERP). As such, “simple hosting” has proven woefully insufficient – we cannot simply deploy the system to some hardware behind a firewall and expect the long-term viability to be appropriate.

First and foremost, we need to monitor the system at all levels of the application. Additionally, we need to tie service-level agreements (SLAs) and key performance indicators (KPIs) to the end user, not to the arbitrary central processing unit (CPU) percent of a virtual machine (VM). There needs to be both intra- and inter-data center redundancy provided by default, with a strong cadre of services personnel to assist not just with troubleshooting and support, but also with ongoing enhancements and regular upgrades.

Think of network and hardware/software as two halves of the data flow lifecycle. Network reliability and redundancy has vastly improved over the years, as have bandwidth and latency capabilities. Add in concepts such as quality of service guarantees and options for MPLS and VPN connections, and the pipe connecting the end users to the core application stack has support for a wide range of performance and security measures. Nowadays, we’re regularly seeing round-trip latencies of 100ms for communication between the warehouse and core application stack.

If the network is the first half of the data flow lifecycle, then the second half comprises the hardware and software. Once a given packet of data makes it to the core stack, then what? The WMS and TMS of 2017 are vastly more efficient than those from ten years ago, including those systems deployed to mainframe or midrange iron. The WMS and TMS are now componentized and services-based, capable of performing operations over 1000 times more efficiently than they could 10 years ago. Furthermore, web-based user interfaces (UIs) with advanced caching capabilities have helped to ensure that only the most minimal packet size is actually transmitted to the core stack.

A key requirement of developing any software is having the ability to take advantage of the underlying hardware it’s to run on. As such, the advancement of 64-bit architectures allowed software developers to architect their systems to take advantage of multithreading, among other things. Flash memory and more efficient virtualization has essentially improved every aspect of the data flow lifecycle, both in terms of ultimate processing capability, as well as redundancy and fault tolerance.

Ultimately, it’s not only the pipe that has become better, but also the processing on either end. This enhanced efficiency becomes critical in the world of real-time transactions, where the end user is literally waiting for an instruction from the system on what to do next. It’s what has enabled our WMS to wave and allocate over 382,000 order lines in two hours, or our TMS to perform over 80 rating calls per second.

In the next two blog posts in this series we’ll dive more deeply into the topic of a comprehensive Cloud Based Managed Services approach to WMS and TMS, as well as discuss how networks, software, and hardware have improved over the years to get us to where we are today.

For more information on this topic, download the white paper: The Time is Now for a Cloud Warehouse Management System.

JDA has had the leading Cloud-Based Managed Services offering for WMS and TMS for over ten years – and up until very recently, was the only tier 1 vendor with a full end-to-end offering. Learn more by contacting JDA today.

JDA TV - Establishing a Collaborative Relationship with your Trading Partners

Put a Stop to Your Warehouse Scheduling Nightmares at ProMat