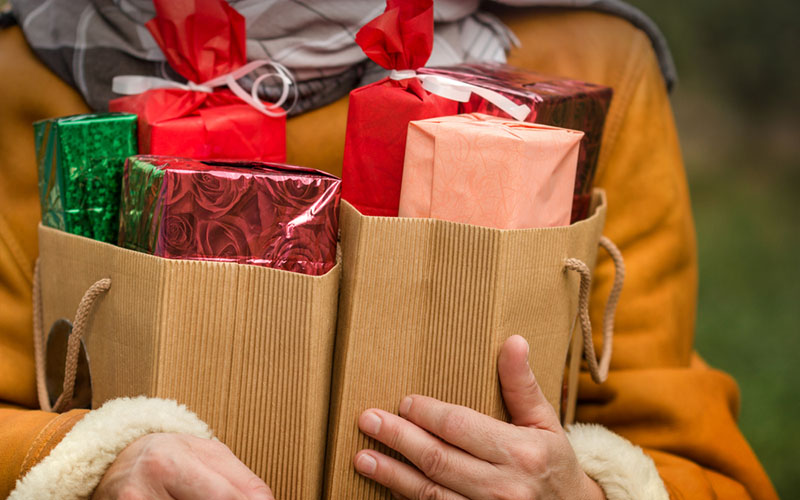 Don’t be too quick to despair at headlines predicting Black Friday’s demise and proclaiming that the End Times for retail are at hand.

Rumors of retail’s death have been greatly exaggerated.

Industry analysts expect a Black Friday weekend that reflects consumers’ changing buying habits and the impacts of promotions and tactics that reflect those realities.

JoAnn Martin, VP of Retail Industry Strategy at JDA Software, said she agrees with predictions that holiday sales will be up around 4 percent year-over-year in 2017. “Retail has remained positive, as an industry, in 2017,” Martin said. “It’s not that people are moving away from Black Friday because they’re not shopping. They have more options, including offers on mobile and the ability to buy online and pick up in store.”

While Martin said she expects this holiday shopping season to break records, “the challenge for retailers is that we’re now seeing an elongated shopping season,” she said.

Gone are the days that Black Friday was the starting gun for a four- or five-week sprint to Christmas. “Today, you have Veterans Day in early November that starts to shape promotional activity, and then you see shoppers buying gifts from Thanksgiving all the way through to after-Christmas sales,” Martin said.

Contributing to the elongation of that season is the fact that shopping can now happen more quickly, from almost any location, thanks to the rise of smartphones and tablets.

“Every expectation is that mobile will continue to grow in share of digital purchases for Holiday 2017,” Prewitt said. “Smartphone penetration is greater than 80 percent in the US, up from 50 percent five years ago.”

Given the trajectory of smartphone ownership, Prewitt said, “it’s unusual now to find a retailer who doesn’t have a mobile app or whose web site isn’t optimized to make the mobile experience as easy as desktop, and arguably much more convenient.”

On top of this, Prewitt said, the world’s major marketplaces – Amazon, Walmart.com and eBay, among others – are all focused on driving a mobile agenda.

“Mobile has become more accessible as smartphones themselves have transformed,” Martin said. “Bigger screens lend themselves to more user-centric mobile sites and app designs, which makes this channel more friendly.”

As retailers compete to create immersive and inviting online experiences, another battle is shaping up: the fight to capture as much of customers’ holiday spend as possible.

One of the key tactics in that battle is personalization, especially in the form of targeted Black Friday or Thanksgiving weekend promotions.

JoAnn Martin, for instance, got a personalized invitation from one retailer she shops with regularly, giving her the chance to be one of the first customers to shop holiday weekend deals.

And ultra-personalization – the ability to direct customers to items and promotions that will resonate with them over the holiday weekend – is a sign of how retail will evolve in the years ahead.

“Think about the customer data that all of the world’s retailers are maintaining,” Martin said. “We’re looking at a future where you have the ability to offer specific promotions to loyalty customers, along with different types of incentives to convert new customers.”

Another way that Black Friday weekend shopping is evolving can be seen in the different ways retailers are responding to concerns over the holiday.

Grassroots efforts like Boycott Black Thursday gained more attention in recent years, as some questioned the fairness of making retail employees work on Thanksgiving instead of spending time with their families.

JoAnn Martin said those efforts have led a number of companies to now publicly announce that they will close on Thanksgiving Day, and notes that they probably won’t see much, if any, negative impact from doing so.

“You may shut your stores for Thanksgiving, but you don’t necessarily shut down your website,” Martin said. “What you’re doing is redirecting your demand to a different channel for that day.”

Power to the shoppers

Customer choice, the reason for Black Friday’s evolution, is the reason why gloom-and-doom predictions for retail don’t tell the whole story.

“Today, customers have the convenience of shopping when and how they want to shop,” Martin said. “As a shopper, I can buy anywhere, anytime, any way I choose to engage with a brand. What we’re seeing are changes in retail that are really putting the power back in the customer’s hands.”

Both Martin and Jim Prewitt said they expect to see buy-online, pick-up-in-store (BOPIS) become a major selling point, especially for those who prefer online shopping to the in-store experience on Thanksgiving or Black Friday.

“You’re going to see more people leverage BOPIS so they don’t have to deal with the crowds,” Martin said. “They’re going to order and pay online, then pick up their items and leave the store.”

“This year, it’s expected that greater than 50 percent of customers will pick up an online purchase in-store,” Prewitt said. “And customers have been vocal this year about wanting to be able to return online purchases in-store.”

In fact, JDA’s third annual Consumer Survey showed that almost a third of respondents said they used a buy online, return in-store service, and greater than 70 percent said they would prefer to return online purchases in-store.

“Amazon has the pulse of its customers and knows they want alternatives to shipping returns back, so they’ve partnered with Kohl’s in 80 test stores to have the store serve as return drop-off point,” Prewitt said. “In light of this, I would expect more retailers to partner with Amazon, primarily to drive foot traffic into their stores.”

This year’s Thanksgiving weekend shopping won’t be a sign of retail’s imminent doom. Instead, it’ll be another sign of a continuing retail evolution toward a future where there are many paths to purchase, and many more opportunities to capture customer loyalty.

Visit the JDA Knowledge Center for more news about industry changes and advances in technology that are helping retailers thrive this holiday season and beyond.

Are You Ready to Move to Consumer-Centric Categories?

Tariffs and 5 Areas Retailers Need to Focus on Now