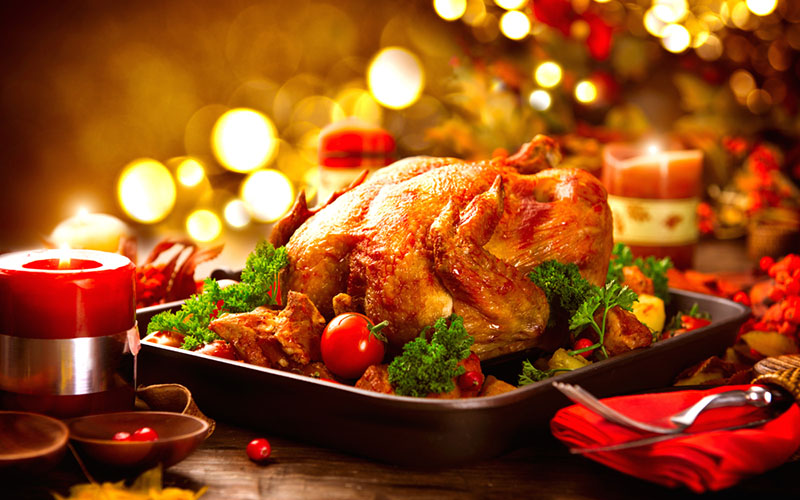 Friday in 5 – Interesting news from across the supply chain landscape, served up in one spot to keep you up-to-date:

This week: Sixty-two malls will be closed all day on Thanksgiving this year, Walmart announces in-store returns for items bought from its website, Deutsche Post DHL Group lays the groundwork for self-driving delivery trucks Wired asks whether humans are ready to live alongside robots and Alibaba announces plans to invest $15 billion in AI research and development.

Will Black Friday Pushback Continue in 2017?

A growing number of shoppers and retailers alike are pushing back against so-called “Black Friday creep,” which has seen stores in the US opening earlier on Thanksgiving Day to capture holiday shoppers. This week, CBL Properties announced that the 62 malls it manages will once again be closed for all of Thanksgiving Day, building on the success of closures last year while joining Costco, Ikea and others who had previously announced plans to shutter their stores this Thanksgiving.

With NRF data showing that the number of Thanksgiving weekend shoppers declined by almost 3 percent year-over-year in 2016, some retail industry watchers are predicting Black Friday deals will become less important to shoppers over time.

This week, Walmart announced that mobile app users will be able to return items bought online to retail stores. Starting this holiday season, online purchases can be returned at Walmart retail locations, with the “Mobile Express Returns” feature becoming available for in-store purchases early in 2018. After scanning the item and starting the return process in the Walmart App, shoppers can use an in-store express lane to expedite the return and refund process. Eventually, some select grocery items won’t need to be physically returned to the store at all.

This news may spur more retailers to emphasize the Buy Online, Return In-Store (BORIS) option. In our 2017 Voice of the Store Manager Survey, only 25 percent of store managers reported that their customers use BORIS frequently, despite that option being available at 38 percent of stores. Online shoppers who come to stores for returns may use that opportunity to make purchases during those visits – and making in-store returns less time-consuming can also make that outcome more likely, especially going into the holidays.

2018: The Year of Self-Driving Delivery Trucks?

Danny Shapiro, senior director of automotive at Nvidia, said self-driving trucks won’t replace drivers, but will improve delivery driver efficiency. For example, a self-driving truck could park itself, then go find a delivery driver in another part of a shopping center or apartment complex after the driver completes multiple deliveries at that location. In time, this system could enable 24-hour package delivery, with fleets of autonomous delivery trucks bringing packages to online shoppers at any hour. That observation echoes industry experts who say that automation won’t make truck drivers obsolete.

Will Working with Robots Be Weird or Welcome?

Actually, Wired says we’ll be able to get along just fine in a world where robots help do some of the work. But that’ll take both understanding on the part of flesh-and-blood humans and cooperation on the part of robot designers to make sure robots and people can communicate well, and work safely and ethically together. And robots like Pepper are already showing how these interactions can be fun and intuitive as this technology moves closer to the mainstream.

Alibaba Doubles Down on AI Research

As China’s leaders aim to make their country the world’s leader in artificial intelligence by 2030, Alibaba announced a $15 billion investment in AI research and development, with plans to open new research hubs and hire hundreds of scientists.

The ecommerce company has expanded into cloud services and AI applications, capitalizing on data generated by its payments, logistics and other operations. According to a Financial Times report, Alibaba’s goal is to serve 2 billion while creating 100 million jobs over the next 20 years. The company currently employs some 25,000 engineers and scientists, with plans to hire heavily from the US and Israel as well as China.

Agility and Resilience in Supply Chain Execution: Imperatives in an Unpredictable World, Part 1

5 Ways Animals Will Help You Get More Business

Crisis Response Part 3: Getting Back to Business

The Changing Face of Grocery – Part 1 of 4