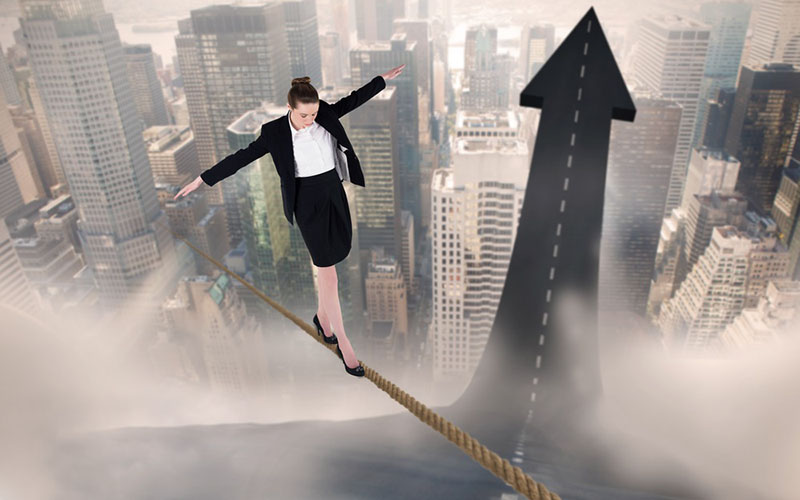 Today’s Wednesdays for Women blog is an insightful conversation with Kirsten Piacentini, Vice President of Inventory Management at L.L.Bean; who just so happens to be one of JDA’s transformative customers in retail! Kirsten grew up outside of Chicago and has lived in the Portland, Maine area for the last 24 years. She shares her journey working her way up from a consultant at L.L.Bean, through to her leadership role now. She shares how she balances career and family –– and how saying ‘yes’ to an opportunity to relocate to Costa Rica was a transformational moment for her career.

SCN: You’ve been at L.L.Bean for much of your career. What brought you there and how has your career evolved over the years?

My career can be put into four blocks of time.  While I didn’t architect this from the beginning, I always knew what I wanted to do next, believed in myself along the way and took baby steps to reach my current position.

With both a math and computer science degree, my first job was at Andersen Consulting, which is now Accenture, in Chicago. I was a programmer there for three years primarily on a client engagement at Quaker Oats.  My early career ‘ah ha moment’ was that Quaker Oats occasionally hired away good consultants from Accenture. That became my strategy to get my next job at L.L.Bean when my husband and I moved to Maine – join as a consultant and then get hired by L.L.Bean full-time.

I started in June 1994 at L.L.Bean as a consultant and by December I was a full-time employee. I progressed over the years from programmer, to project leader, to team manager and ultimately project manager on large strategic initiatives.  I displayed an early inclination for leadership, organizing work and driving for results.  I consider IT project management and systems-thinking core competencies that I refined during this second block of time, but was yearning for something beyond Freeport, Maine.

In 2002, there were two employees who worked at L.L.Bean in our Costa Rican sourcing office, facilitating vendor management in Central and South America. They were also pursuing IT degrees in their spare time. They joined the IT department and I had the opportunity to manage them remotely.  After three years of remote programming, I proposed to my management team suggesting that we expand the IT office in Costa Rica and thus began my third career block. From 2006-2008 I lived in Costa Rica, hiring the initial 15-person IT team. Today, the office has more than 50 IT professionals to augment our Maine-based IT group. It was an amazing experience and one of the pivotal moments in my career because it made me realize that I could do so much more than be a project manager. I had to do everything from branding, to mission statements, to hiring, to communications and training, as well as ultimately managing the day-to-day work. It was equal parts exhilarating and terrifying all at once!

SCN: How did your family handle the move to Costa Rica?

My daughter Maddy was in the seventh grade (she’s now 24) and my son Nick was in the fourth grade (and is now 20).  I learned a lot about them during the move. I discovered my daughter is brilliant with change. Within a week, she had friends and sleepovers and adjusted well. Conversely, my son struggled with change. There were many tears, much sulking and general sadness.

In October of that first year, during a visit from our CFO, he asked me how it was going. I was quite emotional and told him how much of a toll it took on me that Nick was having such a hard time adjusting. He gave me a big hug goodbye and said, “I’m going to do something about this.” He and our CIO provided us with a cross-cultural consultant to spend the day with Nick to help him with the transition and understand why we had made this move, why this was good for our family and for L.L.Bean.  By the end of the day, Nick was able to express his anger about the move but also see the ‘light’ and begin his own transition.  He is now a junior in college, he’s independent, traveling around Spain and loves it!

My kids both taught me about what my family needed and made the effort more worthwhile.

SCN: What did you do when you returned from Costa Rica?

In 2008 when I returned to headquarters, I knew I did not want to do what I did before. I read a lot about the high attrition rates of returning expatriates and part of the reason they leave is because they return to the same job they left.  It can feel boring to go back to the old job, as well as not leverage the many skills you learn living abroad. My boss didn’t want that to happen and neither did I. I joined an advanced management rotation program at L.L.Bean that was originally intended for business school graduates.  I was the first internal candidate to join the program. After that program, I took a position in supply chain and have been in this department for eight years. I started leading a small retail allocations team and continually increased my responsibilities; in 2011, I was promoted to Director and in 2015, I was promoted to Vice President of Inventory Management.  This was and still is my fourth career block.

SCN: How do you balance being a wife and a parent with career demands?

I am very fortunate to have a husband who is a great parenting partner. He is a lawyer and we both have demanding careers but support each other 100 percent. He does a lot around the house and is 50/50 in everything we do.

Because I have been a working parent my whole career, I have several guidelines I follow:

Costa Rica was it for sure. It was a huge risk to uproot my family, to open an office in another country and at the time face both support for and opposition to the idea in the home office.  The unknown can be scary for some and there was a concern we were moving all IT jobs to Costa Rica.  That’s not what happened; the new office has been a great complement to our IT group and gives the company access to expanded talent not just in Maine but in another country.  I remember lying awake many nights before I moved, wondering what I had gotten myself into. In the end it was good for L.L.Bean and the turning point for my career. I wouldn’t still be here if I did not say yes when that opportunity presented itself. I always share that message during leadership trainings – take chances and say yes because that is where the greatest opportunities and development happens.

When I came back from Costa Rica and went to work for Jim Ditzel (currently the SVP of Supply Chain), I learned the importance of talent and the strategy behind it as a driver for achieving the department’s goals. Now, it is central, if not the most important thing we do. You need to have succession planning, leadership development, and strategies to help people grow and position them to deliver results for L.L.Bean.

I’ve had two big moments at work – one was Costa Rica, of course. And actually, the business transformation project with JDA is my second proudest and most recent!

SCN: Do you have any career regrets?

I actually don’t. Everything I have done has made me who I am today. I wouldn’t remove any of those puzzle pieces along my journey, both the mistakes and the successes.

SCN: What woman inspires you as a leader and why?

Senator Susan Collins from Maine. She is a terrific leader. She has an incredible work ethic, she is really smart, and I find her very balanced. She’s very likeable, tenacious and doesn’t give up on things.

I think the biggest barrier is actually outside the workplace – in being able to maintain a career while being a working parent. There is an incredible amount of effort that goes into how to make it work, especially when your kids are little. You can see why someone would say ‘forget it’ because there are too many barriers – finding daycare, accommodating summer schedules, how to afford a nanny, who goes home when the kids are sick, etc.  ̶ all these things can become barriers to your marriage, to your job, and they can be the straw that breaks the camel’s back.  But I will say, if like me, you love to work and love your job, hang in there.  This time with the kids being young is short and fast in the long run and it’s worth the effort to make it work.

Leadership is hard but it is also extremely rewarding.  Don’t be glib about entering the role.  You have a team that counts on you and if you aren’t up for the challenge, you shouldn’t do it just for the money and the prestige.  If you pursue it, get training, seek input from peers and be open to feedback.

As part of the leadership development program in the Inventory Management department at L.L.Bean, we have been listening to the Radical Candor podcast whose mantra is to ‘care personally and simultaneously challenge directly.’ We have listened to this whole series and are so inspired by it, that we are incorporating it into our leader training and our leadership team compact.

An Old Soul Blazing Her Way in Modern World