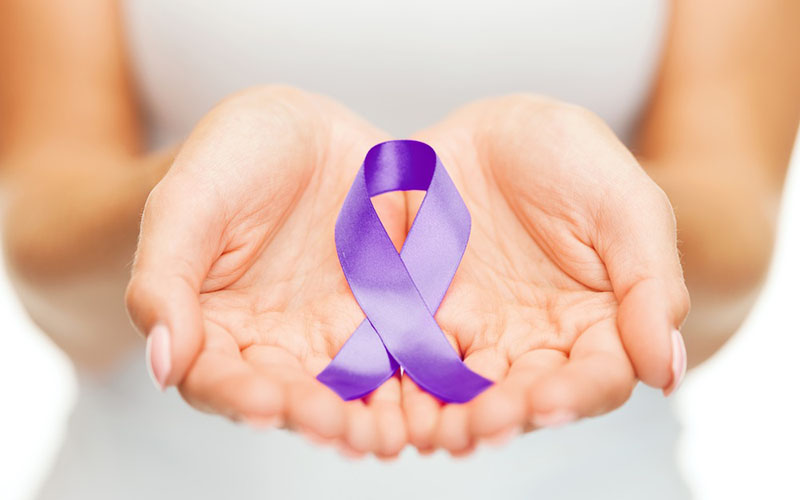 October is Domestic Violence Awareness month – it’s a time to come together to promote awareness and make it easier to talk about the abuse that plagues so many American households.

The summer I turned 21 my college apartment brought me closer to the issue. My upstairs neighbor and her teenage son lived with her boyfriend, Charles. We’d exchange smiles whenever I’d come home to her sitting on the steps or bringing groceries up to their apartment. But one night a month or two into living downstairs I woke up to a loud pounding. Black and white stills of New York city rattled hard on my walls in their frames as I heard the couple shouting.

The next day I found my neighbor, smoking a cigarette outside of her apartment. I asked if everyone was O.K. and mentioned the noises. Her eyes immediately fell away. She looked at the ground, the patches of dried grass around the complex, everywhere but at me, and then she told me. Charles was physically abusive, often. When I offered to call the police, she warned that she didn’t know what Charles would do. And then she looked at me, and her eyes were wide with terror. I had never seen that look, and it stayed with me.

Many nights I sat awake on the furniture that smelled like printing toner from its previous life in my father’s office, watching New York sway and hearing the thunder and voices above. Charles was 6’2 with wide shoulders and bulging arms that he often flashed around in muscle shirts. What would happen if I called the police? And worse, what could happen if I didn’t?

One night I finally did, and I heard them knock fifteen minutes later. They had to knock twice and then the storm came to an abrupt stop.

The next evening, I came home to find my neighbor outside. “I’m so sorry about your door,” she said. Charles had kicked in my door and broken the door frame in retaliation for calling law enforcement.  “I’m leaving him, I’m really leaving this time.” Her eyes were wet with tears, but there was less fear. We hugged in front of my front door that was ajar, hanging off the frame. Charles didn’t come home again. My neighbor and I filed a police report together and she filed a restraining order. To this day I remember his name when I can’t even remember hers, because of the fear it brought.

The experience faded over the summers since, and it wasn’t until recently that anyone talked to me about domestic violence. I worked with Katie in my last position, she has a smile and an executive presence that is immediately felt whenever she enters the room. One afternoon on her way out of the office, she told me she was going to an event to speak about the domestic violence she escaped in her marriage to help more women come forward.

I was completely shocked that Katie was a survivor, and then I was disappointed by my own ignorance. One in every four women in the United States have experienced severe physical violence at the hands of a partner, and every minute, 24 Americans are victims to domestic abuse. The truth is we all work with women (and men) who have survived or are still living with domestic violence and often it’s the last person you’d expect.

I asked her to let me know when she was speaking again and last Tuesday I heard Katie speak at Governor Ducey’s Light Arizona Purple event.

Here are the ways she shared to help victims of domestic violence:

“Whether it’s the first time or the 21st time someone in an abusive relationship is reaching out for help, please remember that they are likely risking their life by doing so,” Katie said after sharing her story. “If I would have stayed even one more hour, there’s no doubt in my mind that I wouldn’t be alive today to share my story.”

According to the Violence Policy Center, which uses Bureau of Justice statistics in annual reports, almost three American women are murdered daily by current or former romantic partners. Many victims do not come forward in fear of escalating the situation or not being believed. When someone is reaching out it’s important to take it seriously and make the time to listen.

In Katie’s case, she was able to make it to her neighbor’s house for help. “My neighbor wanted to call the police, but I begged and pleaded, just get me to the local domestic violence shelter,” Katie had recalled. “I know it’s confidential, and at that time I was terrified of law enforcement.” (Her ex-husband had convinced her he was going to purchase police officer uniforms and send his friends in to test her loyalty.)

If someone shares an abusive situation with you, make sure you ask how you can help. Some actions can potentially put victims in more danger. In Katie’s case, the domestic violence shelter advocate took her to the emergency room for the medical attention she needed. Her team at the hospital did everything they could to protect her, including assigning her an alias and a password so her family members could reach her.

When my friend Katie was ready to leave, she already had the information for a local shelter. Even though the police were called many time for welfare checks and would ask Katie to tell them what he had done, she never shared her husband’s actions with the officers in fear of retaliation. But then a victim advocate with the police department did something different.

“During one interaction an advocate did something amazing,” Katie shared. “She offered me a phone number to the local domestic violence shelter and just told me to hide it in a safe place. She explained to me that the shelter services were completely confidential and told me when I was ready they would be there. No questions asked.”

Need some information to have on-hand? If someone you know needs help you can give them the number for the National Domestic Violence Hotline, 800-799-7233. She or he can also visit thehotline.org if there aren’t any concerns about website information being tracked.

I wanted to contribute on this topic because of one of the last things Katie said (through tears) at Light Arizona Purple: “We must do better, we must make it O.K. to talk about domestic violence.”

“An extremely difficult part of reaching out for help is that fear that no one will believe us,” Katie explained. “Victimization is real. The abuse is real. It happens in homes across the world. Domestic violence does not discriminate.”

Together we can help people like Katie talk about abuse. You can make it easier for survivors to talk about domestic violence by sharing posts like this one on social and speaking more openly on the topic. We can make this difficult topic more approachable, so more women and men can come forward and seek the validation, support and help they need.

Katie called herself one of the lucky ones and offered anyone struggling with abuse this reminder:

“No matter how bad a situation can seem at the time, there is always hope.”

The Case of the Missing Aubergine