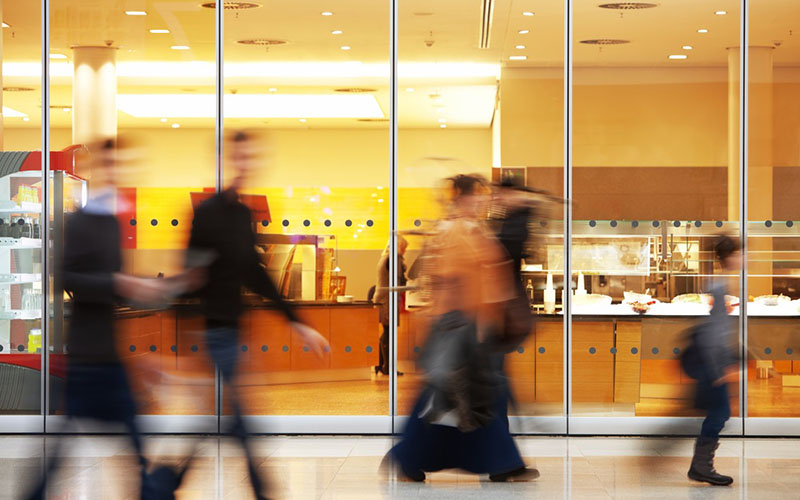 RSR has just published an analysis of retail disruptors in partnership with JDA Software, looking at what disruptors do differently, and what they do similarly to other retailers. We’ve already addressed some myths about disruptors. But as every retailer struggles with taking on or adapting to disruption, let’s take a look at whether being a disruptor is something retailers should really aspire to be.

What Is a Retail Disruptor?

First up, let’s address what a retail disruptor actually is. Retail disruptors must be small enough to be agile, but large enough to actually have an impact on the industry. This puts them somewhere in the revenue range of $250 million up to $1 billion, depending on the vertical. They are experiencing rapid growth, but are trying to make sure that growth doesn’t run away with them. They have achieved either product excellence or a unique customer experience, delivered in a highly responsive environment. They invest in technology solutions in order to find ROI, rather than define an ROI in order to invest in technology.

That last one is important. Part of the reason retail is experiencing such disruption is because of consumer technology that is helping shoppers pick and choose how they will engage with retailers. With new channels for reaching consumers cropping up seemingly every day – from Facebook to Instagram to Snapchat to WhatsApp – retailers have to become more digital if they want to be able to keep up.

One key difference between disruptors and non-disruptors is exactly this attitude about technology: disruptors see technology as an enabler. They view technology as a path to data about customers, which becomes the basis for insights, which in turn lead to identifying opportunities to create value.

Non-disruptors, on the other hand, see technology as a cost to be controlled. They are more likely to demand an ROI before making a technology investment. If a new channel or method of customer engagement doesn’t have a defined ROI, then these retailers are not likely to experiment because the return on investment is too nebulous or unknown to pass any kind of ROI bar. In the meantime, their disruptive peers are investing in things like voice interaction, robotics, RFID, clienteling, and in-store Augmented Reality, but not because they see the value of these solutions more so than their peers. Rather, they are investing in order to figure out what the value is.

Should Every Retailer Try To Be Disruptive?

So, to answer the question posed at the top of this article: Should other retailers try to become disruptors? Shouldn’t every retailer try to be a disruptor?

The short answer is no. In the grand scheme of things, disruptors are adolescents. They still have to make the transition from child to adult, and in the retail world, that transition (moving from being a small business to scaling up to be an enterprise contender) is a very risky space.

Disruptors have to invest in the systems, people, and processes that drive scale without having the scale to support the expense. It’s a race to make the transition and grow as quickly as possible. Success is by no means guaranteed. And it means that disruptors must move quickly – or die. Asking a company to become a disruptor, especially an established retailer with hundreds of stores, is like asking an adult to relive their teenage years. No thank you!

And it’s important to note that even though disruptors tend to be high-growth, that does not on its own make them a Retail Winner. RSR has used this term since our start, and we define it based on comparable growth – retailers who consistently outperform inflation in growing the year-over-year parts of their business.

Disruptors are very interested in growth, and profitable growth at that. But their business is more defined by net-new growth – new markets, new customers, new products – than by comparable growth. This is a key difference between disruptors and Retail Winners.

Retailers, and Retail Winners especially, should not give up their advantage of comparable growth – it’s exactly this kind of growth that disruptors eventually hope to achieve! But one place where retailers can look to disruptors is in their attitude toward technology. Retail Winners don’t have to face crossing the chasm from an upstart to an established player – they’re already there. But they do have to face the Innovator’s Dilemma: the challenge of overcoming internal resistance to deliberately cannibalize existing success in the name of doing something new. And because Retail Winners are far more bought into a set of legacy technologies than upstart disruptors, they have a much greater challenge when it comes to taking on existing internal attitudes about technology.

But if the future of retail is going to be driven by technology – as much of it already is, and some of that through consumers’ use of technology directly – then retailers who want to win going forward are going to have to reconsider the role technology plays in their enterprises. Technology enables ROI, not the other way around.

And in that sense, every retailer should be asking themselves, “Do I need to be more disruptive?” Because that answer is yes.

Paula Rosenblum is a managing partner and co-founder of Retail Systems Research (RSR), JDA’s partner for the 2018 Retail Disruptor Survey. Recognized as one of the retail industry’s top analysts, Paula helps companies better understand and articulate the business value that can be achieved through the use of technology.

The Top Retail Trends of 2017, and How They’ll Keep Impacting Your Business in 2018