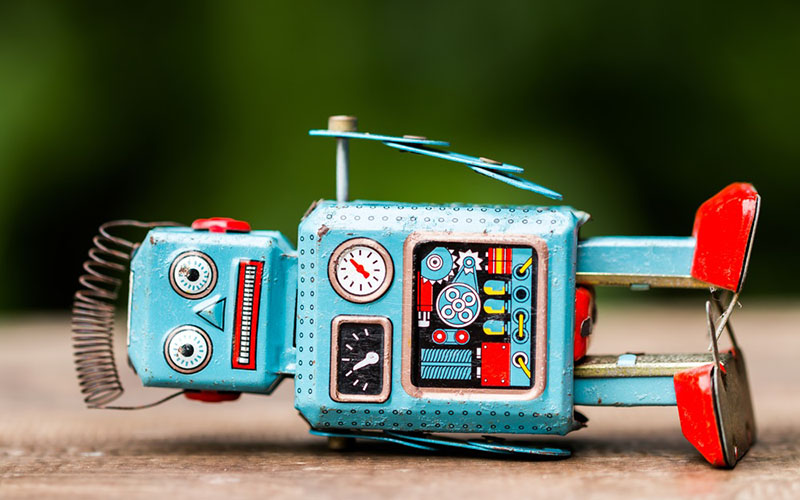 This week: A robot was just fired from a grocery store in Scotland for confusing some customers and freaking out others, brick and mortar still key to winning retail customer experience, Walmart applies for 3D image patent for online grocery, how artificial intelligence will reshape the logistics and transportation industry and Amazon quietly made a big change for people who sell clothes on its site — and it could signal the future of its apparel business.

It was a noble experiment gone awry. A robot was just fired from a grocery store in Scotland for confusing some customers and freaking out others. The robot, a customized version of SoftBank’s Pepper humanoid, was programmed by Heriot-Watt University for Margiotta, a Scottish grocery chain. The retail experiment was orchestrated by the BBC for an episode of a series examining interactions between robots and humans, Six Robots & Us. “We thought a robot was a great addition to show the customers that we are always wanting to do something new and exciting,” Elena Margiotta, who helps run the grocery chain with her family, told The Telegraph. Installed in the grocer’s flagship Edinburgh store, the robot, which shop owners named Fabio, was programmed with directions to hundreds of SKUs. Like Pepper robots in retail environments in Japan, the unit was also programmed to be something of a ham, able to tell jokes, dispense hugs and engage in lively banter.

Eighty seven percent of retail disrupters say that they believe in the benefits of physical stores and will continue to try and open them in the future. While much has been made about ecommerce’s continued chipping away at retail sales, many retail brands still think that a physical store is an important part of creating attractive experiences for customers. The data comes from the 2018 Retail Disruptors Survey from JDA Software, who interviewed over 100 retailers worldwide. Disruptive brands are categorized as those, ecommerce-based and not, that provide high quality products and services, are faster and more responsive than their rivals and have “fundamentally changed the customer experience.” And rather than abandoning bricks and mortar, disruptive retail brands see stores as an important part of the multi-channel approach.

Walmart recently applied for a patent for a system that allows customers to preview food items selected for their online orders through pictures, according to CB Insights. The system, which is referred to as a “Fresh Online Experience” in the patent, would use 3D scanning to show online shoppers in-store items. The system gives customers the ability to choose the exact items that will be put into their orders. After a customer places an order, a store associate uses a 3D scanner to scan items they pull from Walmart’s inventory. The visual is uploaded to a platform by the store associate and sent to the customer, who then receives a notification to review the item. Customers can reject the item selected, but are limited to a fixed number of attempts, after which they’re prompted to select from one of the previous options that had been sent to them. Once the customer approves an item, it receives an “edible watermark” and is then packed for delivery. Walmart may automate the scanning portion of the system to increase efficiency.

AI in Supply Chain and Logistics: How AI Will Reshape the Logistics and Transportation Industry

Major logistics providers have long relied on analytics and research teams to make sense of the data they generate from their operations. But with volumes of data growing, and the insights that can be gleaned becoming increasingly varied and granular, these companies are starting to turn to artificial intelligence (AI) computing techniques, like machine learning, deep learning, and natural language processing, to streamline and automate various processes. These techniques teach computers to parse data in a contextual manner to provide requested information, supply analysis, or trigger an event based on their findings. They are also uniquely well suited to rapidly analyzing huge data sets, and have a wide array of applications in different aspects of supply chain and logistics operations. AI’s ability to streamline so many supply chain and logistics functions is already delivering a competitive advantage for early adopters by cutting shipping times and costs.

Amazon has made another small tweak to its fees — but this could have wider implications than raising monthly Prime subscription costs. Amazon raised seller fees for several categories, increasing the percentage of the sale it takes from third parties, according to analysis from Instinet. The company raised the fee for the Clothing & Accessories category from 15 percent to 17 percent and for the Handbags & Sunglasses category from 15 percent to 18 percent on items priced above $75. Items under $75 will still be charged the 15 percent rate. At the same time, Amazon tweaked the rate for jewelry items, charging 20 percent on the first $250 of the price, and 5 percent thereafter. The fee changes seemed to be limited to the apparel and accessories space, which is curious, as it’s an area that has seen growth and been chief among Amazon’s focus recently. The changes mean that apparel now carries the steepest fees of all categories on Amazon, according to Instinet.

Everything You Need to Know About Blockchain Right Now

When is ‘Best-of-Breed’ the Best Choice for Supply Chains? – Part 1

Where Is Your Company on the S&OP Maturity Curve?

How COVID-19 is Shifting Supply Chains