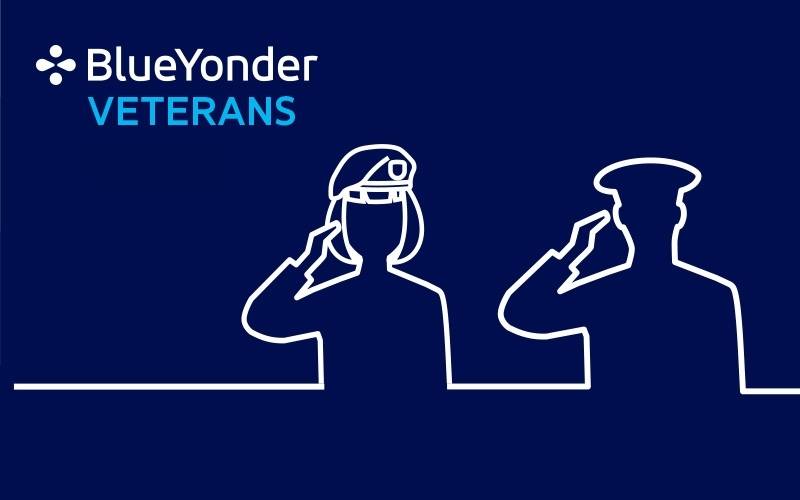 Bill Gross, Customer Success Director and one of the founding members of the VOBY group, shares his experience transitioning from military to corporate life and the differences and surprising parallels he noticed while venturing into the supply chain arena.

Why did you want to start Veterans of Blue Yonder, and what were your hopes that it would accomplish?

It all came about during discussions involving upper management on ways to bring more veterans and first responders into Blue Yonder. My goal was to help veterans take advantage of the skills they learned and incorporate them into their work at Blue Yonder. The concept was to have individuals from the military, law enforcement and emergency services understand how to use their skills effectively while embarking on new career ventures. The idea grew and evolved into something I felt proud of and that others could feel proud of, too, so it was a win-win.

What skills did you find transferable to your role at Blue Yonder?

When I interviewed for the role in 1998, I didn’t know much about supply chain. During my final interview, one of the interviewers commented, “I can teach you supply chain in six months. I can’t teach what you’ve learned as an officer in the Navy in the next 10 years.” At that moment, I realized it was more than having the skills for the role; it’s also about having the courage and the willpower to solve problems.

What would you tell people who served in the military about what makes Blue Yonder a great workplace?

Blue Yonder appreciates veterans — they recognize their skills. They realize that even though you may not have specific supply chain or software skills, you’ve got other skills that make up for them. They want to leverage those skills and help you learn different things. It’s a very accepting and supportive workplace.

What are some key takeaways or lessons you learned while you were in the service , and how has it prepared you for your role at Blue Yonder?

My biggest takeaways from the military are: keeping the focus on a mission, getting things done, and leveraging all the different people, tools, and teams. How can I bring all the tools and resources I have at Blue Yonder to solve problems the same way I was trying to solve a problem in the military? It’s the same problem-solving skills — caring about your team and wanting the team to be successful.

Also, keeping your mind on the long-term mission, aside from the short-term ones, is embedded not only in the ideals instilled in the military but also in corporate America. Blue Yonder’s mission is to create business opportunities while allowing others to fulfill their potential. That is the general theme associated with the tactical decisions one makes while moving forward with a project at this company.  I’ve had different roles, and these takeaways have helped in each of those roles. I’ve worked in pre-sales, sales, and customer success. After my time in the military, I realized I was doing many things that benefited my work style and spoke to Blue Yonder’s business practices.

What advice would you give to someone transitioning from military to civilian life?

If you need help with some of what we discussed, remember you’re not alone. There are always people that will help you, especially at Blue Yonder where one of our four Core Values is teamwork. So, if you need assistance, ask somebody. It’s the same thing in the military. People want to help you; you count on each other, so naturally, you will help each other.

When transitioning from the military, you need to remember that the skills you’ve thought of in one way in the military can translate into your career. You’ve done the same kind of things, just in different terms. Don’t sell yourself short; realize the experience and skills you bring and learn how to incorporate them into another place. Take some time to reflect on what you’ve learned and want to learn and be confident in the marketable skills you’ve acquired that will help you get your dream job. Once you understand your power and your capabilities, anything is possible.

Finding Focus in the Fight Against Inflation