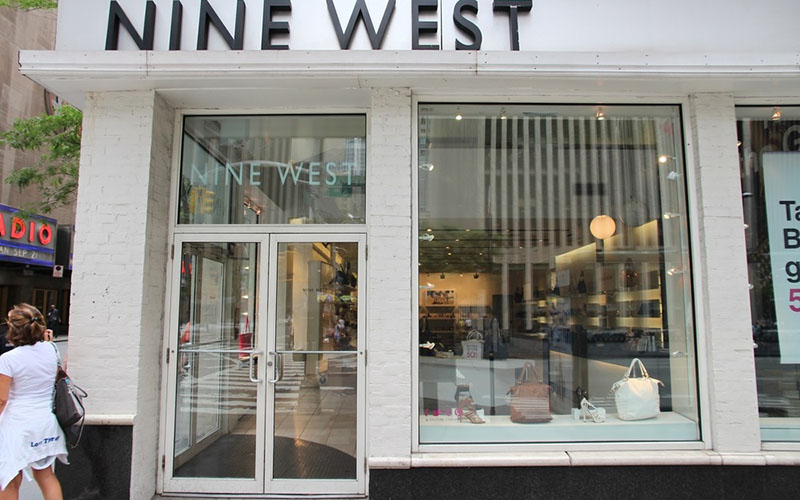 This week: Nine West files for Chapter 11 bankruptcy protection, a career trucker helps to steer the path for self-driving trucks, manufacturers are expressing trepidation that a burgeoning rebound in blue-collar jobs could be undermined by an all-out trade war with China, how clean data can help companies boost productivity and mall owners say they’ve been steadily increasing the percentage of retail square footage at any given property dedicated to food and beverage, creating new food halls.

Women’s apparel and shoe retailer Nine West Holdings filed for bankruptcy protection Friday as traditional stores struggle to get back on their feet amid declining mall traffic. The retailer, which also operates the Anne Klein and Gloria Vanderbilt brands and has already closed all of its 71 stores, said it had secured bankruptcy financing to continue operating while it seeks to shed debt. The company has reached a tentative deal to sell its Nine West and Bandolino footwear and handbag business to conglomerate Authentic Brands Group, which controls the brands of Marilyn Monroe, Elvis Presley, Muhammad Ali and others.

When Jeff Runions started his trucking career nearly 40 years ago, he had high hopes for what the job might bring. “I wanted the American dream.” Since then he’s seen the industry from every step of the ladder — as an independent owner-operator, a full-time company driver, a parts manager, and finally a trucking depot manager. In his latest job developing autonomous trucks, Runions, 58, has a front row seat to what many see as the future of the 700-billion-dollar trucking industry. He’s found himself in the middle of a heated race between Silicon Valley juggernauts like Uber and Google to get their self-driving trucks out onto the road first. “It’s like when they went to the moon,” Runions says. “We’re not going to the moon, but it feels kinda like a new technology’s coming up and how many people would think a semi would be driving itself?”

Manufacturers are expressing trepidation that a burgeoning rebound in blue-collar jobs could be undermined by an all-out trade war with China. Manufacturing, long the sick patient in the U.S. economy as multinationals outsourced jobs, has added nearly 300,000 positions since the November 2016 election, increasing payrolls in 16 of the past 17 months. That included 22,000 positions last month. Overtime hours are up and orders are on the rise, making the current stretch among the strongest for the manufacturing sector in decades. Manufacturing executives and economists point to a range of factors supporting hiring and investment. They include strong global growth, elevated consumer and business confidence, a softer dollar supporting exports, a domestic housing rebound, and lower tax rates that are encouraging business investment.

Retailers, suppliers and distributors are collecting more data than ever in an attempt to bring greater visibility into supply chains. Yet data scientists say collecting data simply for the sake of it yields little benefit if there aren’t standards and a definitive end use for that data. Organizations in the supply chain that put a stronger focus on obtaining clean and accurate data, and on making that data more actionable, can boost their productivity and efficiency. Experts say it starts with identifying end uses for data then creating a strategy to collect, manage and process it into end results. Through new sensors, IoT devices and SaaS solutions, organizations are capturing more data than ever. According to a report by IBM, 90 percent of the data in the world has been collected in the past two years, and businesses and consumers now generate 2.5 quintillion bytes of data per day.

You might’ve noticed more and more mall food courts are changing, ditching fast food chains for local eateries. And that’s not an accident. Mall owners say they’ve been steadily increasing the percentage of retail square footage at any given property dedicated to food and beverage, creating new food halls. The push to make these changes is compelling, industry experts have told CNBC. The goal is to drive traffic to the property and keep shoppers lingering longer. “Every landlord today is thinking about increasing the percentage of [gross leasable area] to food,” Naveen Jaggi, head of the retail advisory business in the Americas at commercial real estate services firm Jones Lang LaSalle, told CNBC. “The old model of having a food court … it was a precursor to having a food hall.”

Warehouse of the Future: The Adoption of Technology within the Distribution Center – Part 2 of 3