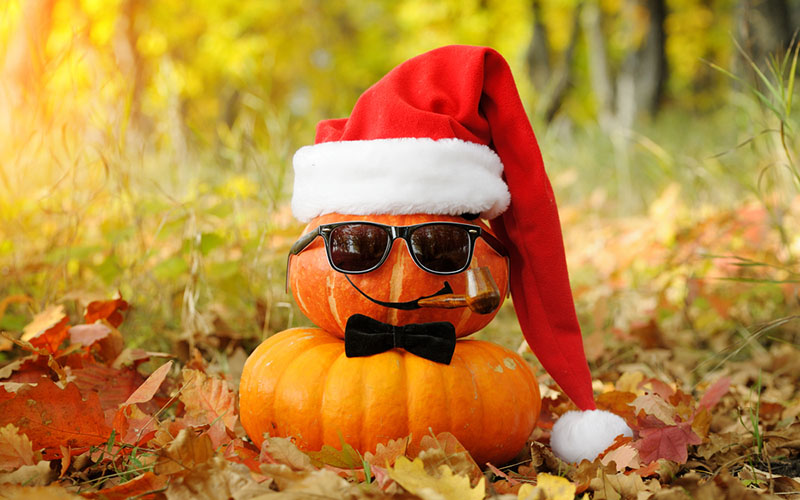 This week: Earlier Christmas promotions may not be popular, but they get results; some shoppers say the quality of produce at Whole Foods has declined since Amazon bought the chain; what’s causing some Black Friday and Cyber Monday orders to run behind; San Francisco thinks twice about delivery robots; and Ford and Alibaba announce a partnership that could see Ford’s vehicles sold on Tmall.

A lot of people lament so-called “Christmas creep,” where holiday ads appear ahead of Thanksgiving – or even before Halloween. But National Retail Federation figures show that this year, about 40 percent of shoppers started buying in October. And although in 2004 almost a quarter of consumers put off holiday shopping until December, now only 17 percent wait that long. In fact, by November more than 80 percent of consumers had started shopping for gifts.

In interviews with Business Insider and across social media, shoppers are claiming the quality of Whole Foods’ produce has gone down since Amazon purchased the grocery chain. Dozens have complained about finding bruised, discolored, tasteless or rotten produce in Whole Foods stores from California to New York in recent months. Shoppers have also reported out-of-stock issues, saying it’s impossible to find items that they had been buying at Whole Foods for years, such as frisée, loose carrots and Brussels sprouts. Whole Foods says that Amazon has not made any changes to the grocery chain’s quality standards.

Why Your Black Friday Orders May Be Running Late

Shipping and warehouse delays caused some Black Friday and Cyber Monday purchases to be held up for days, despite thousands of extra workers hired to deal with the holiday buying surge. Customers have complained online about shipping delays from a number of major brands; other companies are dealing with warehouse delays and a backlog of customer-service complaints. The delays come even as logistics providers such as UPS increased staffing for the holiday season and pressed drivers to work longer hours to meet delivery windows.

The San Francisco Board of Supervisors voted Tuesday to severely restrict the use of autonomous delivery robots. The crackdown, spurred by safety concerns, means startups will have to get permits and can only operate robots under strict guidelines in specific areas – mainly industrial zones with low foot traffic. And they can only do so for research purposes, not to make actual deliveries. The new policy comes even as other states, including Idaho and Virginia, work with startups to regulate the use of delivery bots.

Alibaba Group Holding, Ltd. has signed a 3-year agreement with Ford Motor Company to explore cooperation in areas such as cloud computing, connectivity and retail – a partnership that could see the sale of Ford cars on Tmall, Alibaba’s online retail platform. In a statement released Thursday, Alibaba said digital marketing group Alimama and operating system firm AliOS would be among the company’s subsidiaries working with Ford. Previous reports had indicated Ford was seeking such a deal as part of an overhaul of its China strategy to stimulate growth.

What Does the First Week of Holiday Retail Sales Tell Us About the Season Ahead?