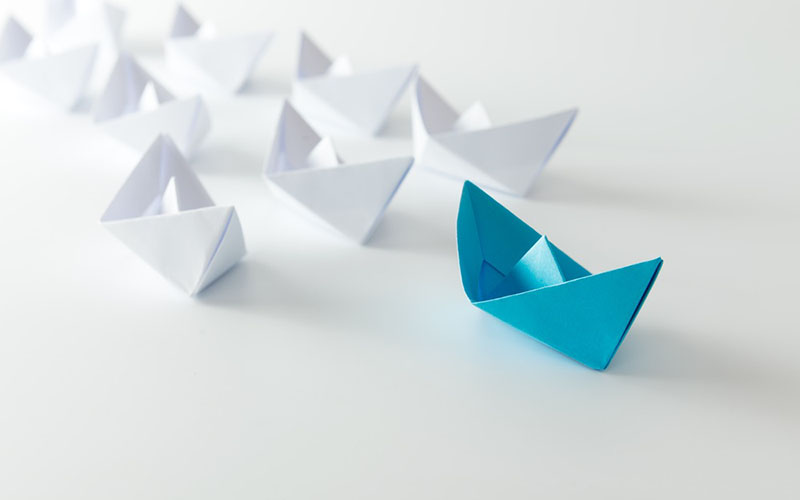 Caroline Sauve has been with JDA for 20 years and is senior practice director in JDA’s professional services organization. She shares the leadership lessons she has learned, starting with a stint as a Captain in the Canadian Army Reserve. She believes in the importance of putting your ego aside when it comes to making leadership decisions and that sometimes saying ‘no’ and re-prioritizing not only makes for better work/life balance, it makes you more successful too.

SCN: Where did you grow up? Where do you live now?

I grew up In Quebec, Canada and went to McGill University in Montreal. I now live in Rhode Island.

SCN: What year did you join JDA?  What did you do before that?

I joined 20 years ago. Prior to that I was a director of merchandise analysis for a jewelry company in Canada – which is how I came to know about JDA. I was quite involved with JDA during an upgrade of our merchandising system (JDA MMS). At the time, I had moved to Ohio, but was commuting to my work in Montreal. At the end of the project, when I said I was leaving my job and would look for work in the U.S., the JDA team said: “Hey, you should really join our team…” and that’s how it all happened.

SCN: What was your first job at JDA? How did your career progress from there?

I was a business consultant for a few months and became a project manager shortly after.

I really loved working as a project manager, and as an engagement manager when we had that position here at JDA. The customers were very different, and I had the opportunity to learn so much.

I moved on to client partner roles a few years ago, and to a senior practice director role a year ago. I love this position because I now work with a permanent team, whereas before, my team would change depending on the project. I like that focus and longevity of working with one team.

Changing countries and moving from Montreal to a small town in Ohio. At the time, it felt like a significant risk because we knew no one, and the culture was quite different since I was moving from living downtown in a lively, culturally rich city to a few miles outside a town of 400 in the middle of farm lands.  Now, after having moved a few times, it does not feel like such a dramatic risk, but it did at the time.

SCN: Have you ever been ‘professionally stuck’? How did you become ‘unstuck’?

There have been a few times where I felt that I was lingering longer than I wished in a position. When that happened, I made sure that I was clear with my manager on what I wanted to do next, and why. I made my case as to why I would be good in that new role.

What’s different at JDA now than a few years ago, we have more visibility into job openings across the board and are encouraged to take on new roles and shift into different departments. We have the opportunity for job growth ourselves and for our teams. I think this really helps for those that may feel stuck in their role and want something different or to take a leap into a new path.

I was in the Canadian Army Reserve for seven years. I did this while I was going through university and it paid for my education and was a fantastic learning experience. I was a captain in the Canadian Army and led teams that were all women. It was fascinating to see how women tackle decision-making versus men. I found that women were more collaborative while the men’s groups tended to make the decision more directly.

One piece of advice that we were taught early on as part of the officer training is that to be a good leader you also need to be a good follower. Leaders can get caught up in being a leader that they don’t always look to their team for the answer, but feel they need to have the answer or solution every time. It’s okay to take a step back and take into account your team’s feedback and solutions to problems even if they aren’t your own ideas.  Everyone wants to be a leader and nobody wants to be a follower but sometimes that’s what needs to happen. It is not negative, it is collaborative.

It ultimately means that it’s not all about me. You need to listen, check your ego at the door, and work with others to follow the best path forward.

I worked on a really difficult project and was not seeing the light at the end of the tunnel. A coworker reminded me at the time that “this too shall pass.” Every time that I am now in a situation that is particularly difficult, I remind myself:  Give it time, it will pass, and you will be okay.

I believe that small details make me proud rather than single larger achievements. I once had a team member tell me that I had come to a situation, removed the drama, and make the situation so much better for them – that made me proud. If someone tells me that they know I have their back – that also makes me proud.

SCN: Do you have any regrets?

Are there things I wish I would have done differently? Certainly.

All you can do is learn and move forward and try not to let it have a negative impact.

SCN: What about your career surprises you?

How it has evolved. Some people start their career with a very specific path forward but I did not. In many ways, I think that this was a good thing for me. There were several forks in a road, and each time, I tried to look at opportunities and took what seemed to be the better path forward.  I feel like I would have missed a lot if I had had a single specific goal.

SCN: What is the one characteristic you believe every leader should possess?

I think that this helps you understand how you make decisions, and how you communicate with others.

SCN: What female leaders do you admire and why?

All women who manage to be both strong and compassionate. That is a tough line to balance.

Several years ago, I worked with a woman in our services organization at the time, Jamie Howard, and she was so strong and not afraid to make hard decisions but she was also concerned with her teams. She always kept in mind the people that were involved and not forgetting that aspect of decision-making. That to me was an example of balancing strength and compassion.

I am also in awe of people who have a passion and are willing to put everything at risk to follow their calling such as Malala Yousafzai, Pakistani activist for female education and the youngest Nobel Prize laureate.

SCN: How do you maintain a work/life balance? Do you believe it exists?

It can exist, and I see that others are better at it than I am!

There is never time to do everything although there is almost always time to do more than you think.  In the end, you need to prioritize, and understand that not everything will get done, and that is okay.

I learned this lesson the hard way. I got to a point where I literally made myself sick with stress. Through that, I learned to prioritize and just do my best. You want to do it all but you can’t always and we are our own worst critics and have a much higher standard on ourselves than others do.

SCN: What book are you reading right now?

I just finished reading Dead Wake, by Erik Larson. It details the chain of events that lead to the sinking of the Lusitania.  You know how it will end, but the “getting there” is fascinating.

SCN: What are three key words you would use to describe yourself?

Tariffs and 5 Areas Retailers Need to Focus on Now

5 Quotes to Make You Think More About Price Optimization

Why Sense of Urgency is So Important