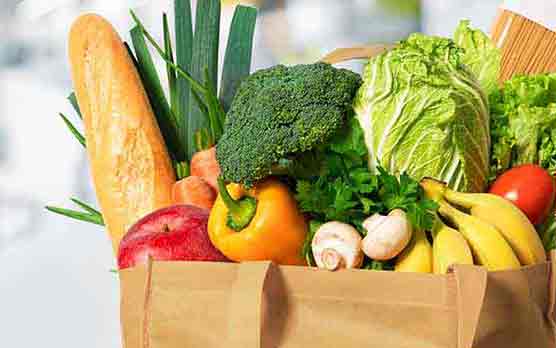 This week: “Free from” groceries are changing the landscape; Martha Stewart launches meal delivery; and you’ll soon be able to shop Costco groceries from home.

Clean eating is changing how we shop

There is a fundamental shift afoot in the grocery world, one that promises to recreate the shopping experience in customers. Retailers, however, may not be so charmed and some will not survive the transition being driven by the following forces. The shift to healthier eating has already changed grocery retail. Read more in Grocery Shopping Is About To Change Dramatically, by Laura Heller.

Costco groceries straight to your door

Costco Wholesale is ramping up its home grocery delivery. The bulk retailer is teaming up with Shipt, a startup delivery service, to make runs to Costco stores and bring orders back to customers’ homes, moving further into one of most complex and costly fronts in the e-commerce wars while also building on Costco’s delivery to business clients. Shipt said in a press release on Tuesday that it was launching the service for Costco customers in Tampa. The company overall plans to move into 50 markets and more than 30 million households by the end of 2017. Read more in Phil Wahba’s article, Soon, You’ll Be Able to Get Costco Groceries Delivered At Home.

Martha Stewart and Amazon team up on meal-kits

Unfamiliar with meal-kit service Marley Spoon? You’ve no doubt heard of the company’s latest partners: Martha Stewart and Amazon.com Inc. According to Tonya Garcia’s article, Amazon joins Martha Stewart for meal kit delivery as battle for online grocery heats up, the brand Martha & Marley Spoon, the result of a partnership between Stewart, whose brand is part of the Sequential Brands Group portfolio, and Marley Spoon Inc., is now available by delivery through AmazonFresh in the larger New York, San Francisco, Dallas, Boston, Washington D.C. and Philadelphia metro areas.

Target Corp. has named a grocery industry veteran to help recharge its sluggish food division. The Minneapolis, Minnesota-based chain said Monday that Jeff Burt will assume the title of senior vice president, grocery, fresh food and beverage on April 10. The hire is the latest in a series of executive changes by CEO Brian Cornell who has been spearheading Target’s reinvention. The grocery business is a critical for pulling in customers to Target stores. Read Anne D’Innocenzio’s article, Target hires grocery veteran to recharge its food division, to learn more.

Shoppers aren’t just showrooming at stores and then buying the same items online if they can find better prices — it’s a more significant separation from the mall. Erica Dao used to shop at malls once a month, looking in stores and seeing what the mannequins displayed. Now, she mainly looks for inspiration on social media. Elizabeth Troy says she was the “queen of sales,” going through discounted items at J. Crew and Banana Republic stores at malls. But her go-to source has become the online subscription service Stitch Fix, which lets her try on clothes at home and decide what to keep. Per Ann D’Innocenzio’s article, Woe for stores as shoppers look elsewhere for inspiration, those kinds of shifts illustrate the way people are changing how they buy clothing.

Organize Your Work Flow With Available Tech And Software

4 Reasons Sustainability is a Major Focus for Fresh Retailers [Video]

Why Fulfilling Shoppers’ Expectations Remains a Challenge for Retailers