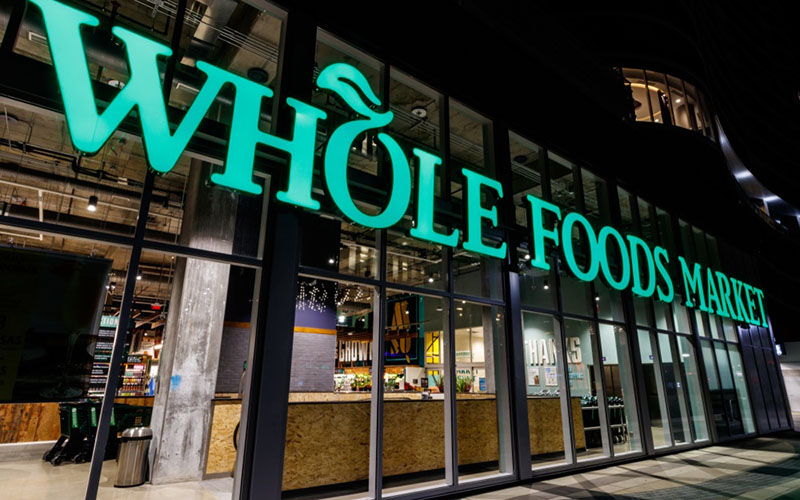 In this week’s Friday in 5: Whole Foods introduces a buy-online, pick-up in store option; Intel sold $1 billion in AI chips last year; an expanding economy is leaving jobs unfilled; large mining firms deal with labor unrest; and Ride Aid and Albertsons call off their merger in the face of investor concern.

Whole Foods Brings BOPIS to Stores
Whole Foods is introducing pickup points in its stores for online grocery orders, the Wall Street Journal reported – the most recent change that Amazon has introduced to compete against rival grocers. In-store pickup is the first major new service introduced at Whole Foods stores since Amazon cut prices for its Prime members in May. Locations with this new “click & collect” service will have reserved parking spaces for customers who placed online orders; Whole Foods clerks will bring groceries directly to their cars. The addition comes in the wake of investments by Kroger and other grocers who have added hundreds of pickup locations.

Intel Sold $1 Billion of AI Chips in 2017
Intel Corp announced Wednesday that it had sold $1 billion of artificial intelligence processor chips in 2017, the first time the world’s second-largest chipmaker disclosed revenue from the fast-growing computing segment. Reuters reports that Intel has been increasingly depending on its sales to data centers, which provide behind-the-scenes computing power for mobile and web-based apps that rely on AI for features like photo and speech recognition.

Unfilled Jobs Stacking Up in Transportation, Other Sectors
The Wall Street Journal reports that the number of unfilled jobs in the transportation, retail and business-services sectors is growing, as workers become scarce in a fast-growing economy. U.S. Labor Dept. statistics released this week showed the number of available jobs grew by nearly 750,000 this spring compared with a year earlier. On average, there were 6.7 million job openings in the three-month period that ended in June, the highest quarterly level on record dating back to 2001. Unfilled jobs are growing in nearly every industry because an expanding U.S. economy is demanding more labor and a historically low unemployment rate – down to 3.9 percent last month.

Labor Issues Hit Mining Industry
Already dealing with U.S. tariffs and rising costs, the Wall Street Journal reports that global mining companies are now facing labor issues in the form of worker walkouts. In Australia, roughly 1,500 employees at refineries and mines owned by Alcoa Corp., the largest U.S. aluminum maker, are striking over pay and working conditions. This follows labor unrest at other sites including mines run by Glencore PLC in South Africa and BHP Billiton Ltd. in Chile. Strikes are known to increase volatility in global commodity markets, affecting the prices of a wide array of products.

Rite Aid, Albertsons Call Off Merger
In a surprise move, Rite Aid and Albertsons nixed a planned $24 billion merger on the eve of a shareholder vote, faced with mounting protests from investors. The Wall Street Journal reports that some of Rite Aid’s biggest shareholders had planned to vote against the pharmacy’s planned merger with the privately-held grocer, a deal valued at $24 billion including debt when it was announced in February. Opponents said the planned merger undervalued Rite Aid’s retail business and its prescription-drug benefit service.