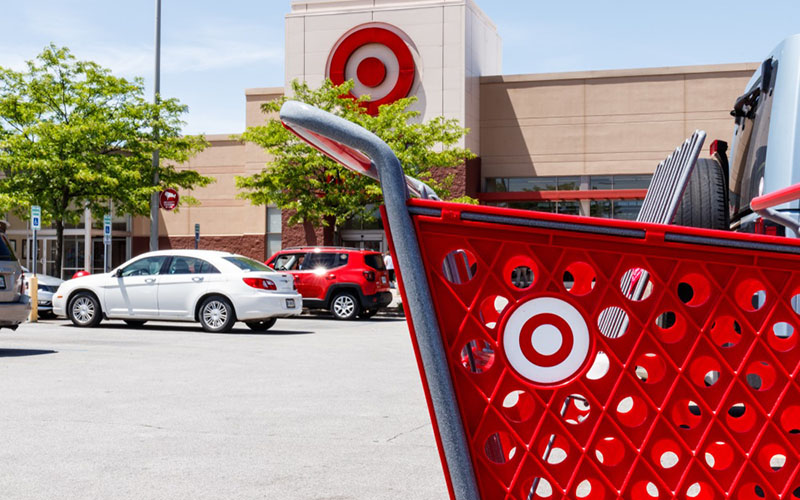 Target Takes On Amazon With All-Day Sale
Target announced today that the retailer will offer special online deals on July 17, going head-to-head with Amazon’s Prime Day. Marketwatch reports that Target will offer free two-day shipping on orders over $35, and free shipping plus a 5 percent discount for Target REDcard holders. Those deals extend to furniture and home goods, beauty and personal care, toys and electronics, among other products. The sale comes at the same time as Amazon’s Prime Day, which will span 36 hours on July 16 and 17.

Warehouse Availability Falls Yet Again
The Wall Street Journal reports that the U.S. warehouse availability rate, including properties that are vacant or soon to be vacant, has fallen for a record 32nd consecutive quarter. For U.S. retailers, manufacturers, importers and exporters, warehouse space is at its tightest since 2000. According to the report, economists with brokerage firm CBRE Group Inc. say new warehouse space is filling as soon as it becomes available. In the second quarter of 2018, demand for space went beyond the 49 million square feet that had come online, although supply and demand are closer to equilibrium.

IBM Creates an AI Challenge With Project Debater
Following in the footsteps of IBM’s Deep Blue chess algorithm and IBM’s Watson, which defeated human opponents on the game show “Jeopardy!” comes a new challenge: IBM Project Debater. According to Forbes, the new artificial intelligence algorithm is trained in the art of debate. In June, a small group of viewers got to see the IBM Project Debater’s public debut and its first two debates, challenging two human debaters on the topics of telemedicine and government subsidies for space exploration.

U.S. Producer-Price Index Rises in June
A key gauge of U.S. business prices rose 0.3 percent in June in a new sign of inflation pressures. According to the Wall Street Journal, the U.S. Labor Dept.’s Producer-Price Index – a measure of the prices businesses get for goods and services – rose on Wednesday. When excluding food and energy sectors, as well as trade services, prices rose 0.3 percent on the month as well.

Nike Uses Customer Data to Help Stock New Concept Store
A report from USA Today details a new innovation in store assortment planning: Crowdsourcing. Nike plans to leverage data from customers’ finger taps on smartphone displays to collectively determine what merchandise should be stocked in its new Nike by Melrose concept store in Hollywood. The planning experiment comes amid changes in shopping habits and a push for more personalized, localized assortments in retail.

How JDA is Reshaping Supply Chains of Tomorrow with AI

Watch Out for Platform Pretenders!

The new in-store experience has arrived, and yes, it’s digital.

A Look into the Future: Top Tech Trend Predictions