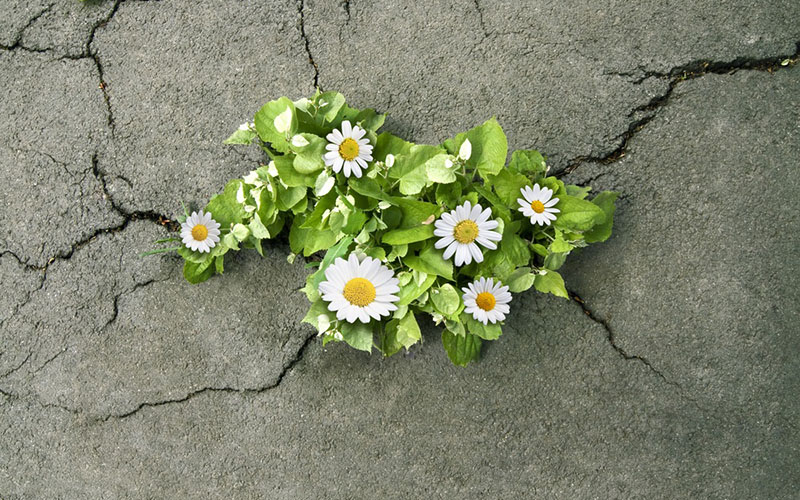 Roya Javadpour, Global Services Director in JDA’s consulting organization has a passion for teaching, stemming from a childhood backed by parents who believed in the power of knowledge and education. Her dad was a successful high school teacher and professor and instilled early on, that nothing is impossible if you put your heart behind it. Today, Roya shares how her decade as an educator, pushing boundaries and taking risks has landed her where she is today, deeply rooted in the sense that nothing is impossible if you believe in your ability.

I was born in Iran and lived there until age 4. My father was a high school teacher in Iran and founded a private high school there, which was very successful. We moved as a family to the UK while my dad went to graduate school and got his PhD in mathematics. We lived there for about 5-6 years and when he graduated, we moved back to Iran, where he became a professor.

What was your first job (ever)?

I was a tutor! I am a teacher at heart and my first job was shortly after we moved back from England to Iran. I tutored the neighborhood kids in English. That tutoring evolved into math, algebra and geometry. I was 11 when I began tutoring and it kept me busy during the summers.

When did you join JDA?  What did you do before that?

I joined JDA in March 2016. However, after I got my PhD, my first professional job after that was at i2 in early 2000s for three years (and JDA acquired i2). I then went into academia. I landed at California Polytechnic State University and was a tenured full professor there for 13 years focused on industrial engineering and supply chain.

Why did you transition away from teaching?

Many ask why I left a tenured full professor job. It was actually unplanned. I got contacted by an old colleague and friend at i2, who is now with JDA. He asked if I was interested in a position. It took just 2-3 weeks and I was hired. It happened very fast! I was hired on a Tuesday, went to Scottsdale to do orientation, and then that Sunday I was on a plane to see a customer in Nashville!

Leaving academia and the security of that was definitely a risk. Truly, one of the biggest risks I took was when I was teaching at Cal Poly. One of the first things I did was teach undergrad project management and then the next quarter, I had to teach graduate-level project management.

I wanted my students to get more out of the course than just turn in a project with a nice, color-coded report. That would not really give them the experience of project management. So, I got the idea to combine the class with a service learning component. I contacted all the local nonprofits and looked for an individual or family who had a disabled family member and was financially in need. The goal was to go to their house, get a wish list, and plan a complete house remodel. My challenge for students was to plan the house remodel in six weeks so the house remodel can be done in just six days! They had to contribute their own physical labor with zero funds, I might add. They had to do all the fundraising to make this a reality.

I went to the department chair and told him this and he said, “you want to do what?!” I knew it was a big risk, because it was a real project, it was someone’s house, there was a lot of inherent risk. I had to go through a lot of risk management through the university for the students to even get clearance to do this. And the risks outside of that – we were tearing a house apart, what if we couldn’t put it back together? There was risk after risk, but I was so excited to do this. I discussed the idea with my students, and asked them what they thought. They were excited and I knew they could get it done.

This started in 2003, and every year we tackled the project, to the point that we were pouring foundation, doing flooring, and putting on roofs. We raised $100-150K in six weeks for these projects and got the whole community involved and volunteering. It even made the front page of newspapers. The class itself was recognized by the American Association of Engineering Education as one of a dynamic dozen hot classes taught in the United States! And it was recognized as runner-up for an international innovation in curriculum award.

Through years of teaching that class, it warms my heart and to look back and see what a difference we made as we truly improved the quality of life of those less fortunate. On top of that, it introduced hundreds of students to the idea of service where they learned that they have it within themselves to make an impact in society. They poured their hearts into this project each year. Even the contractors would say it is impossible, and they’d laugh at the thought of unskilled workers doing a project like this. When they saw we did it, they would come back and volunteer. This project truly taught my students they have it within themselves and it gave them the courage to dream.  Beyond the transformation of the homes we built, just seeing the before and after of my students was incredible.

They learned life lessons while studying project management and they would be more sensitive to the need for others, things we take for granted. Through the years, I tried to find individuals to help who were younger, closer in age to my students. I found that my students would value their lives even more and they became more sensitive to their needs. They learned that nothing is impossible. It was very difficult, but they realized nothing worthwhile comes easily.

This was definitely my biggest risk and kept me awake at night, but it was also one of the things I am most proud of. I can look at those 13 teaching years, and it wasn’t just a classroom, it was making a difference along with my students and community. We made a difference in the life of the people we did the projects with, and with the community.

The best advice I have gotten is through experiences that my parents created for me, not necessarily a person telling me something. When we first moved to the UK when I was 5 years old, my father was going into grad school. My dad put us in private school that was farther away from where we lived. My 9-year-old sister and I had to take two public busses to get there. The first week, he taught us how to get there, and where to get on this bus, and where to get off and he came with us to show us the way. The second week, he again came but said, ‘pretend I am not here.’ He followed us. And the third week, we did it all ourselves. That experience very early on taught me and gave me the confidence that I can do things and rely on myself to get things done.

A few years later, I went to dance school.  I did ballet for a long time and every Saturday was spent at ballet school. I practiced a lot at home. One day I went to ballet school and heard the Royal Scottish Ballet was there and was looking for dancers (I was 8-9 at the time). The teacher didn’t tell us anything about it so we wouldn’t be nervous. We were ushered into the room and performed together. I danced my heart out. I was dancer #3 in the group and when we finished, they said ‘we definitely want #3.’ I had to look down at my number to make sure it was me! I dreamed of one day becoming that ballerina and thought I had to be 15 to get there. But anything is possible! I wasn’t your blue eyed blonde girl that all the other girls were. I was different and yet I was the first one to be picked. It was in that moment that I realized that nothing is impossible.

What advice to you have for young women seeking a career in tech?

Just the advice that I got through experience – nothing is impossible. If you believe in the ability that you can do anything – you can!  Just make sure that you do something that you are passionate about, that you believe in and can be excited about. It is that passion that can drive things forward. it is not a job anymore. It is something you are excited about doing. If you have that, the rest is easy.

Have you ever found yourself as the only woman in a meeting? How did that feel?

Very often. Even in university. I was often the only woman in many meetings. During my teaching years and the student project, I was dealing with all the contractors all the time. My students would go to meet with the contractors and would talk about me, and when they showed up, they were surprised I was their teacher and not a man.

When I got emails about the projects – by email – they often referred to me as ‘he’ as my name could be confused for a male. They just assumed that. At the project I am working on now at JDA, I am in the Middle East and the other attendees at senior-level meetings are usually all men, however, I’m used to that.

While I was in academia, I didn’t differentiate. It actually isn’t a drawback for me because I know I can do anything and nothing is impossible. I believe we bring feminine energy that can be helpful in a lot of these meetings.

I don’t have to look far – my mom. She has gone through a lot of changes. We moved to England and back and then to the U.S. She’s the force behind my father’s PhD and behind mine and my two sisters as we all have our PhDs too. She is the force behind our education and does it with everything she does – from the heart. She keeps us all happy and supported. When my sisters and I came to the U.S., my parents were still in Iran. How do you separate yourself from your kids so long and put their happiness first? She inspires me. My grandmothers are also an inspiration. They aren’t here today but knowing that throughout their lives they did so much with so little is also an inspiration. In comparison, I have it easy.

Integrity. You must do the right thing for the right reasons. I think everything else follows. If you have integrity and passion in your heart, then you can lead. You lead by example. Leaders also have to see the big picture, be articulate, and be able to cope with change. Integrity is high on my list.

What advice do you have for someone taking on a leadership role for the first time?

Believing that nothing is impossible. Believe in your abilities. I also believe in the power of meditation, not just for leadership, or for women. If everyone does it, it would bring a lot of sanity to everything in this world!

Our Slingshot to the Moon