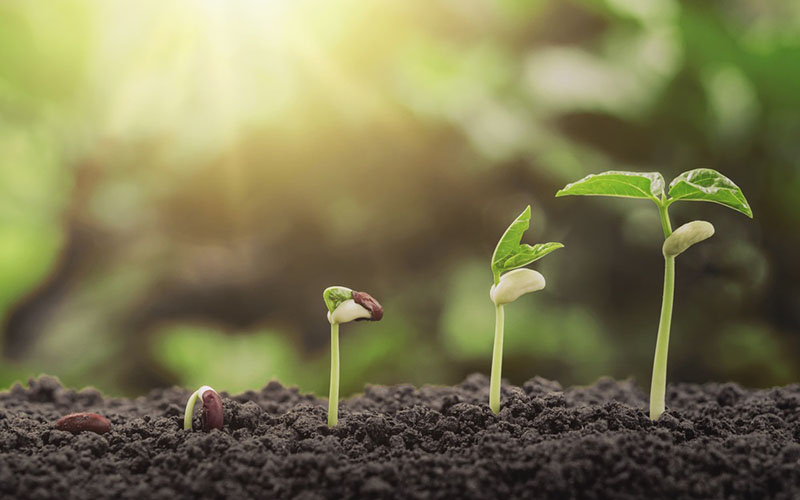 Independent and self-assured, Mahima Sugumaran has navigated through the expectations of her culture and conservative upbringing to build a successful career in the tech space. At JDA she leads a 24×7 team responsible for cloud customer operations, ensuring that customers have 100 percent application availability, demonstrating the value JDA Cloud brings to customers, and driving efficiencies through lean processes and IOS audits. Now entering her 10th year at JDA, she grew up in a small town in southern India and currently lives in Bangalore with her husband Sugumaran and 8-year-old son Rishaab. In today’s Wednesdays for Women Q&A she discusses lessons she’s learned and the importance of staying self-motivated and confident to move your career forward.

SCN: What was your dream job as a child?

MS: I always dreamed of becoming a lawyer. I liked the thought of being able to represent someone in need and to be able to speak in a formal setup.

SCN: So why didn’t you pursue law?

MS:  There weren’t many law schools in the southern part of India where I grew up. Also, I had a very conservative upbringing. My family was concerned that with a career in law I would be meeting not just the right side of people, but the bad side, too. They weren’t keen on me having to go into a police station. That was one of the reasons.

SCN: Why did you then choose a career in supply chain/tech?

MS: My full-time job after graduating was in a logistics company that was building its own ERP solution to handle Indian customs and shipping requirements. While I joined as a developer, I had to understand the business and was asked to work on the customs floor for a month. The experience was enriching with understanding the journey of a package that originated from one corner of the world and traveled to another. I asked for a transfer to be part of the business operations and have never looked back.

SCN: Was the position at the logistics company your first job?

MS: During college, I had heard about data entry for medical transcriptions and was interested in earning some pocket money. That was something that a lot of women used to do because they had the flexibility to do it virtually from their own home spaces and not necessarily from an office. In India, having a job during college was not very prominent, so earning my first income was special.

SCN: What did you learn from that first job?

MS: To be more aware of opportunities. I learned about it from a newspaper ad when I was 19. I had to visit an office to apply. It was close to my home so I thought I would see what it had to offer. When you see something, you should give it a try, it could turn out to be for the best.

SCN: What did your parents think of you getting a job while in college?

MS: Initially they were not keen on it, but when I first came back with the small amount of money that I made, they realized I was not going to be someone who was idle at home. They wanted me to get married at an early age – I have an arranged marriage – but it helped them accept that I wasn’t going to be a housewife and that I was going to find my way on my own.

SCN: Is there anything that you learned about building relationships in an arranged marriage that you apply to your job?

MS: In any role I’ve had, I try to connect and understand the people I work with. Working primarily in the support function for a large part of my career, it has become very important to collaborate and build trust. I have worked to build trust in my marriage and I work to build trust in the office as well. This is so important. Once that trust is broken, there is nothing that can hold it together.

SCN: What is the best advice you ever received?

MS: My boss at the logistics company was a male version of Miranda from the movie “The Devil Wears Prada.” His advice was to never do anything without being completely involved and be passionate. Another one was from my grandfather who always said be a person who works to impress oneself and not others.

SCN: What was it like working for a male Miranda?

MS: I have learned the most from him! I was ambitious, but he made me independent. He made me forget that I was from a conservative family and got me to break a lot of barriers. He was not only my boss but the owner of the company. There were days when he would he give us tasks in the morning and we would be moving down the list and he would call and say “Would you take care of your dressing? This is not the way you’re supposed to come into the office.” It was kind of snobbish and very direct. I had multiple instances where I knew I had done an excellent job; I was totally confident. I had made profits for the company, and I used to be completely kicked about it and I would go to him and say “This is what I did. I think this is great,” and he would say “Why didn’t you think of this?” and “That should have also been done along with it.”

SCN: Did you feel like you were never good enough for him?

MS: Nothing was ever good enough for him. There was always an opportunity to work on and improve whatever you had done. You think you are the best, but there’s definitely room for improvement.

When my parents wanted me to get married, he was totally against it. They wanted me to quit and he felt that wasn’t the right decision. He believed there was a lot more potential for me to do things on my own and not get into the same mold as so many other perfect Indian brides. When I told him that I was resigning, he was very disappointed. He felt that the years of coaching he had done would completely go to waste.

SCN: It sounds like he invested a lot in you, saw your potential and was disappointed that he didn’t get to continue to see you blossom.

MS: I think he was the first one who believed in me; that I could go it alone. He never doubted that I could do it. He was my first mentor. He built that confidence in me which I think today is my biggest strength.

SCN: Did you ever get discouraged or embarrassed when he was critical of you and your appearance, especially in front of other people?

MS: I trusted that he was telling me for a reason. I still remember all that he said, and the concepts that he taught me about working with customers and vendors and understanding the logistics business. I cannot forget them – they are a part of my DNA. For instance, people say that my e-mail communication is very impactful and that’s because of him. There were a lot of things from my first job that molded me as a person.  There were days that I would leave his office crying, but he did not embarrass me in a way that damaged me.

SCN: Maybe he knew you were mature enough to handle it.

MS: When I saw the movie for the first time I wrote to him saying “I watched a movie where the boss reminded me of you.” He watched it and sent a message back saying, “I don’t think I dress as well as her.”

SCN: But he didn’t disagree that he was like her?

MS: While I have primarily been with JDA’s Customer Success organization, I have had the opportunity to work with a variety of products through many roles at JDA, including Demand & Fulfillment, Transportation, Enterprise Store Operations and Workforce Management for Retail. I was nominated for the Villanova Six Sigma and Prosci Change Management certifications which, on completion, led me to move into the Cloud team as the service management lead to drive process improvements and increase efficiency of our cloud processes to sustain the growth.

MS: Asking for a change and moving to Cloud Services. I knew nothing about JDA Cloud and the entire team was based out of Bangalore with a diversity of global functions. Every day is filled with learning, working with a very passionate and energetic team. Stepping in to be the owner of a critical function has proved to be a risk worth taking for me.

SCN: What do you know now that you wish you knew when you were starting your career?

MS: That you are never alone! When you do the right things with the right intention, there is always a support system that you can rely on and that will be your biggest strength.

MS: Being self-critical to a point that we are not the first to raise our hands for an opportunity. We often doubt our own capabilities.

SCN: What woman inspires you and why?

MS: Women who have the desire to be driven, to do things differently and achieve have always inspired me, and I’m glad I get to work with many of them in JDA.

SCN: How do you motivate yourself and others?

MS: I believe we have to be self-motivated and feel inspired by what we do. Being passionate and having love for what you do helps. Also staying in touch with people who are positive is a big motivator. I try to help my team stay motivated by providing them insights on how and what they do on a day-to-day basis as it impacts our customers and is adding to their experience.

MS: Listen and learn to not provide solutions to every problem your team will come with.

SCN: How do you relax?

MS: Spending quality time with friends and family helps. Stepping out for an unplanned dinner or watching movies are some of what I do when I feel the need for some relaxation.

SCN: How do you balance being a wife and a parent with the demands of your career?

SCN: What makes JDA a great place for women to work?

MS: Opportunities are never in dearth and people support one another. However, I believe there are a lot of women who don’t raise their hand when there are opportunities and we need to tell them that it is okay to do that. I have seen an uptick of that in the new year. Women in Bangalore are asking me “What else is there? What are the priority projects and how can I reach out and say I want to be a part of them?”  We need to continue to communicate through multiple channels that there are women who want more involvement, so that others connect with it and respond.

Warehouse of the Future: Adopting Automation within Your Supply Chain – Part 1 of 2

The Ascent of Amazon and Why It Matters

4 Reasons Sustainability is a Major Focus for Fresh Retailers [Video]

Supply Chain Visibility in a Time of Crisis: What the 2020 Visibility Report Tells Us