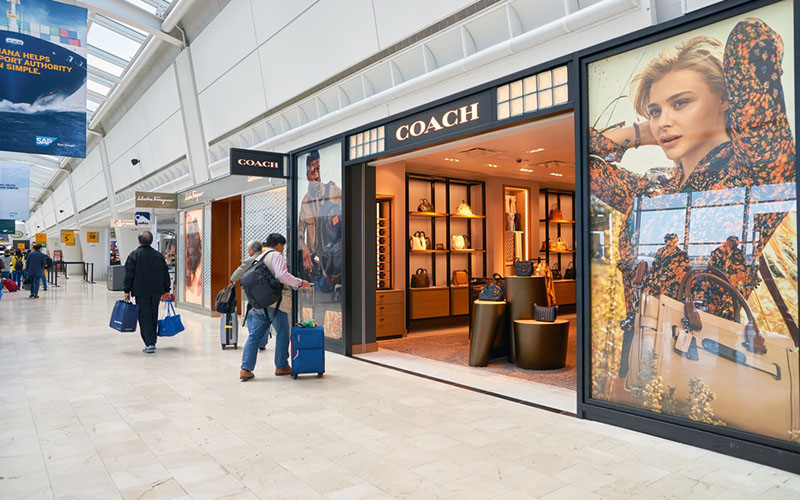 Coach, Nike & Others Take Sales Direct to Consumers
At a time when retailers are struggling to bring in customers, Coach is one of several brands that are cutting out stores and selling their purses, sneakers and clothing straight to shoppers. According to CNBC, sales through websites, social media and (in some cases) their own branded stores are helping these companies build customer loyalty, gain more control over their images and boost profits. Retailers now face a new threat as more companies explore the benefits of selling directly to shoppers through these and other channels.

Old Navy to Open 60 Stores This Year
In another sign that the so-called “retail apocalypse” is not as bad as feared by some, apparel brand Old Navy will add 60 more stores across North America this year, according to CNBC, pushing its total to more than 1,000 Old Navy locations in the U.S. by summer 2018. Gap, which also owns the flagship Gap banner, Banana Republic and Athleta, currently operates more than 3,500 stores globally. The changes are part of the retailer’s updated growth strategy announced late last year, which called for some Gap and Banana Republic stores to close by 2020 to focus on higher-performing Old Navy and Athleta stores.

Truck driver shortage is raising prices, delaying deliveries
A report in USA Today cautions that customers may see prices creeping higher for everything from cereal to socks in the next few months due to a shortage of truck drivers delivering the goods to stores. A severe shortage of truckers is pushing up freight costs and, in turn, nudging up retail prices. The shortage is also occasionally leading to late deliveries, leaving store shelves empty. The crunch also is affecting corporate profits and the stock market as higher transportation costs impact company earnings. And the shortage has occasionally forced manufacturers to shut down production if they don’t receive raw materials in time.

IBM Uses Blockchain to Tackle Blood Diamonds
Many customers, especially younger buyers, want proof they’re not buying blood diamonds -and that the jewlery they’re buying was ethically sourced. Enter IBM, which has partnered with a group of four gold and diamond industry companies and an independent laboratory to develop a blockchain network for tracing the provenance of finished pieces of jewelry from mine to store. The TrustChain Initiative, which will run on IBM’s technology, includes precious-metals refiner Asahi Refining, U.S. jewelry retailer Helzberg Diamonds, precious-metals supplier LeachGarner, jewelry-maker the Richline Group and verification service UL. Other industry players may join the effort as well, said Jason Kelley, general manager for blockchain services at IBM. Products being tracked through the program should be available to consumers shopping for jewelry by year-end, according to a joint statement made Thursday.

The Buddha Said, “It Is Not The Number Of Blog Tips You Offer But The Quality.”