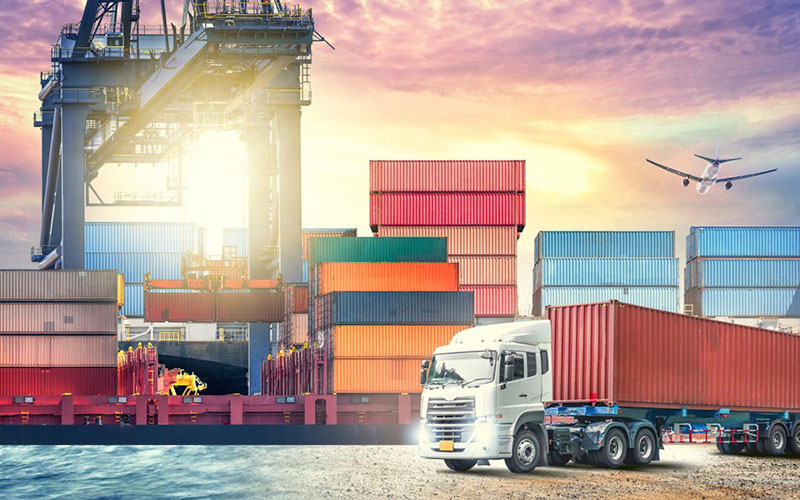 This week: Claire’s Stores Inc., known for their tween jewelry and ear piercing, has become the latest victim of the retail apocalypse, FedEx follows Amazon into the Robotic future, Grubhub Inc. and its rivals say they need to get bigger to cut delivery fees that are sometimes higher than the price of a burger and fries, getting inventory management right calls for a balanced approach and Amazon has considered buying some Toys ‘R’ Us stores.

Claire’s Stores Inc., known for tween jewelry and ear piercing, has become the latest victim of the retail apocalypse. The company filed for bankruptcy Monday and said it reached an agreement with creditors including its private-equity backer, Apollo Global Management LLC, to restructure around $1.9 billion in debt. Its plan to survive rests on its reputation for trendy merchandise and a unique service that it says can’t be replicated by shopping online: ear piercing. “To date, the company estimates that it has pierced over 100,000,000 ears worldwide,” Claire’s Chief Financial Officer Scott Huckins said in court papers as part of the Delaware Chapter 11 filing. The company began piercing ears in 1978. But even a business model that “remains a compelling proposition over the long term” wasn’t enough to immunize the company from a decline in mall traffic, which fell around 8 percent year-over-year, Huckins said in a court affidavit. The company also had too much debt, costing it $183 million a year alone in interest payments, he said.

As soon as the first robot arrived at a FedEx shipping hub in the heart of North Carolina tobacco country early last year, talk of pink slips was in the air. Workers had been driving the “tuggers” that navigated large and irregular items across the vast concrete floor of the 630,000-square-foot freight depot since it opened in 2011. Their initial robotic colleague drew a three-dimensional digital map of the place as it tugged freight around. A few months later, three other robots – nicknames Lucky, Dusty and Ned in a nod to the movie “Three Amigos!” – arrived, using the digital map to get around on their own. By March, they were joined by two others, Jefe and El Guapo. Horns honking and warning lights flashing, the autonomous vehicles snakes through the hub, next to about 20 tuggers that still needed humans behind the wheel.

Grubhub Inc. and its rivals say they need to get bigger to cut delivery fees that are sometimes higher than the price of a burger and fries. That is partly the goal of the expanded partnership that Grubhub and Yelp Inc. plan to announce on Monday, which will double to more than 80,000 the number of U.S. restaurants on the review website and app that offer Grubhub delivery. Grubhub is racing DoorDash, UberEats and many regional startups to be the dominant delivery business for Americans who are eating more meals at their homes and offices. Grubhub and rival Seamless merged in 2013. “Scale drives efficiency,” Grubhub Chief Executive Matt Maloney said. “There are a lot of smaller players that burden the diner with excessive fees.” The deal completes the $288 million acquisition of Yelp’s Eat24 directory of restaurants offering delivery that Grubhub initiated last August. Grubhub said Yelp will get a cut—which it declined to disclose—of each Grubhub order placed through Yelp’s website and app.

Getting Inventory Management Right Calls for a Balanced Approach

When customers come into your stores with menus in mind or shopping lists in hand, empty shelves are the last thing they want to see. In today’s unpredictable market, customer-facing inventory management is a mix of art and science, a balance between maximizing the productivity of shelf space and meeting shopper needs. And when your shoppers can order groceries online and get same-day delivery, a focus on financial productivity isn’t enough. Yes, grocers have to rationalize space, just as retailers across the board are doing. And you’re constantly faced with the challenge of balancing ROI on your inventory investment, while also minimizing waste.  But with stiff competition for your customers’ wallets, not just from brick-and-mortar grocers but from their online channels as well as mega-marketplaces like Amazon, your inventory management and space planning strategies have got to be made with an understanding of your customer.

Amazon Has Considered Buying Some Toys ‘R’ Us Stores

Amazon.com Inc. has looked at the possibility of expanding its retail footprint by acquiring some locations from bankrupt Toys “R” Us Inc., according to people with knowledge of the situation. The online giant isn’t interested in maintaining the Toys “R” Us brand, but has considered using the soon-to-be-vacant spaces for its own purposes, said the people, who asked not to be identified because the talks are private. Such a move would let Amazon quickly expand its brick-and-mortar presence, coming on the heels of buying Whole Foods Market Inc. and its more than 450 locations last year. The Seattle-based company also has opened its own line of bookstores and a convenience-store concept.

Waveless Picking: Is Your Supply Chain Able to Compete with Amazon?

The Big Miss: The Critical Success Element Most Retailers and Industry Analysts Are Overlooking When Talking about Surviving and Thriving in the Age of Retail Disruption

The Key to Successfully Syncing Retail Price Planning and Execution