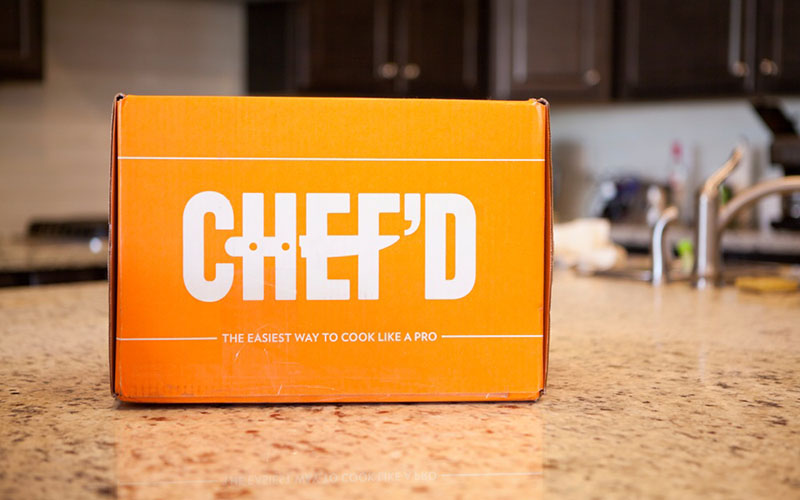 Friday in 5 – News from around the supply chain landscape, served up in one place to keep you up-to-date.

Chef’d Bringing Meal Kits to Walgreens, Duane Reade
Grocery stores are no longer the only place to pick up a meal kit on the go. CNBC reports that Chef’d will soon sell its meal kits at 30 Walgreens and Duane Reade stores in the New York area as part of a partnership with Smithfield Foods. “Since its launch as the only non-subscription meal kit company, Chef’d has been dedicated to providing customers with more quality meal kit offerings in more locations,” Kyle Ransford, CEO of Chef’d, said in a statement. The change comes as meal kit companies work to provide new-member discounts and loyalty rewards, while retailers look for more opportunities to create engaging in-store experiences and provide what customers want in the moment.

Tax Law Typo Makes Retail Renovations Pricier
Retailers and restaurants were supposed to be the big winners under the new U.S. tax law. But as Bloomberg reports, a last-minute drafting error that doubled the tax costs for store renovations could take away some of those gains. Now, Target, Best Buy and Yum! Brands are among the companies now aggressively pushing for a solution. In letters and visits to Washington last week, representatives urged both Republican and Democratic leaders in Congress to correct what some are calling the “Retail Glitch.” According to Bloomberg, while Republican leaders acknowledge the mistake, they haven’t guaranteed a quick fix.

Microsoft Working on Tech to Track What Shoppers Add to Their Carts
In a bid to take on Amazon Go, Microsoft is working on technology that would eliminate cashiers and checkout lines, CNBC reports. According to media reports, the software firm is developing systems capable of tracking the items shoppers add to their carts. Microsoft has reportedly shown sample technology to retailers from around the world. Microsoft’s technology could potentially compete with Amazon’s highly-automated store concept which opened to the public in Seattle in January.

How IoT is Transforming the Supply Chain – and the Cost of Failure
From agriculture to manufacturing, each step in the production and transit process offers challenges that can make or break a supply chain. From transportation delays to lax monitoring of cargo, theft, operator errors and outdated IT failures, many factors can jeopardize profits and increase cost pressure. Forbes reports that, especially when it comes to perishables, the consequences of supply chain problems extend beyond the bottom line. A full 30 percent of all perishable produce and products never make it all the way from the farm to the table, according to recent reports. But despite the failures, the article says, there are opportunities to apply new technology to a pain point in ways that could benefit growing populations and areas suffering from food insecurity.

Truckers Protest High Gas Prices in Strikes Across China
The Wall Street Journal reported that truckers in China left their vehicles sitting idle, blocking roads over the weekend in spotty strikes driven by frustrations over higher fuel costs, falling haulage rates and transportation apps that are squeezing profits. Truck drivers and logistic agents said protests took place in at least three cities, while others counted strikes in at least a dozen places. According to media reports, truckers say that low transport fees are making it difficult to for them to make a living.

Retail's Not Dead: Changing the Conversation about the Evolving Retail Experience

Unlocking the Secrets of Responsive Distribution