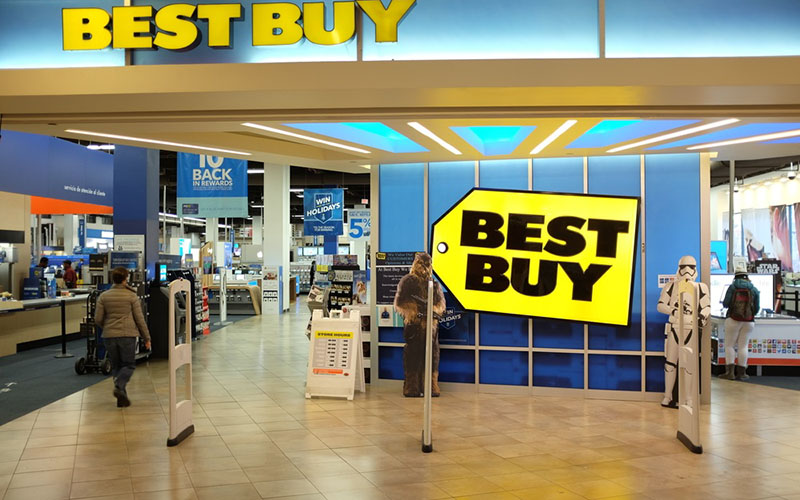 Best Buy Keeps Store Shelves, Distribution Centers Stocked
Electronics giant Best Buy said its inventories rose ahead of increasing sales in its most recent quarter, as the retailer made strides to position goods for both online and brick-and-mortar customers, despite higher supply-chain costs. According to the Wall Street Journal, Best Buy reported inventories on its balance sheet at $4.96 billion in the quarter that ended May 5, up 7.1 percent from the end of last year’s fiscal first quarter, while inventories on a per-square-foot basis were up 9 percent from a year ago. Many retailers are considering what inventory strategy makes the most sense as customers’ shopping and fulfillment options change.

Fed Survey: Americans See Brighter Economic Prospects, But Concerns Remain
Americans say their financial well-being is improving steadily, and more are optimistic about their future employment prospects, according to a U.S. Federal Reserve survey released this week. However, the Wall Street Journal reports that Americans’ perceptions of their economic situation vary by race and education, and the report also finds persistent signs of economic fragility. Many workers are still struggling to save money for unexpected emergencies and for their eventual retirement. For example, over one-quarter of those surveyed said they had skipped a medical treatment due to cost. And informal work arrangements are becoming more prevalent, with 31 percent of adults saying they took part in “gig work” in the month preceding the survey, up from 28 percent in 2016.

Why Nordstrom is Betting on High-Touch Tech
Nordstrom is one of American retail’s most respected names with over a century of tradition behind it. An in-depth story in Fortune explores how Nordstrom is embracing personalization and high-touch service to create a unique experience for high-end shoppers in New York City. Competing with stores like Saks Fifth Avenue, Bloomingdale’s and Bergdorf Goodman, Nordstrom’s new 47,000-square-foot store is also “a sophisticated shopping-tech laboratory” designed for shoppers whose preferences are being shaped by e-commerce and technology. The innovative features include self-service bins where shoppers can drop off returns purchased in-store or online, to in-store augmented reality, to reserved fitting rooms with customers’ names on the door for those who reserved a product online.

Parts Town Implements Innovative Automation to Support Growth
Forbes contributor Steve Banker examines how one company has implemented a new type of automation that could help warehouses better handle changes in order volume. While highly-automated automated warehouses have much higher throughput, their cost and lack of flexibility can pose risks. Banker examines automation solutions that are highly flexible as well, such as Parts Town’s implementation of new flexible automation technology that acts as an automatic storage and retrieval system (AS/RS) with more intelligence and scalability.

Nafta Talks Stalled on U.S. Auto Industry Demands
The Wall Street Journal reports that talks to renegotiate the North American Free Trade Agreement reached a stalemate this week, with Mexico and the U.S. each saying that the other is unwilling to move forward after a key deadline passed. According to the report, the dispute involves rules governing automotive production and the “America First” provisions that President Donald Trump wants in any new deal, in a bid to bring manufacturing jobs back to the U.S. Those provisions include removing the international arbitration panels that currently resolve commercial disputes and creating a sunset clause that would terminate the deal every five years – measures that Mexico and Canada have described as unacceptable.

The Key to Successfully Syncing Retail Price Planning and Execution

Driving Promises You Can Keep with Intelligent Order Promising and Optimization