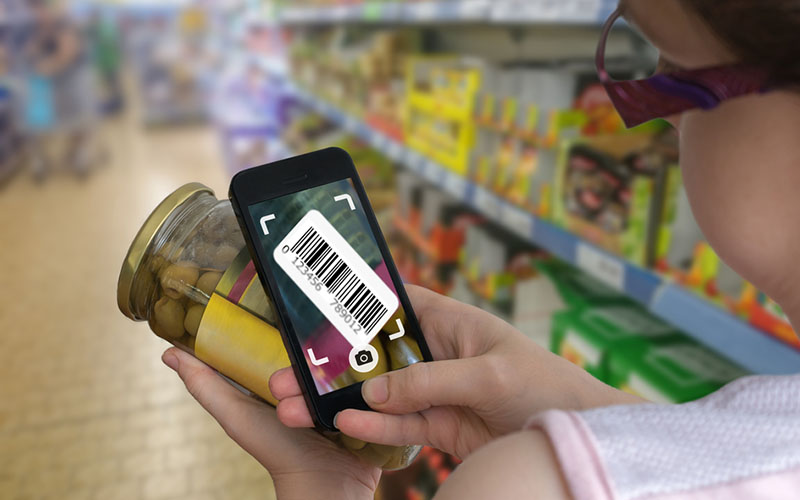 Anti-Showrooming Brought to You by… Amazon?

This week: Amazon has been helping shoppers “showroom” for years, but now it wants to put a stop to it; holiday deliveries will cost more; and move over delivery vans, robots are coming through.

Amazon gets a new patent to prevent showrooming

Now that Amazon is stepping further into the world of brick-and-mortar retail, it has a plan for stopping customers from doing in its own stores what Amazon itself has been helping them do everywhere else for years: find better prices for the same products online. Amazon was recently granted a patent that could be used to prevent brick-and-mortar retailers from leveraging technology in their stores that could stop shoppers from comparing prices of in-store products to those online. Read more in Sarah Perez’s TechCrunch article, Amazon, now a physical retailer too, is granted an anti-showrooming patent.

Online holiday shopping comes with a surcharge this year

United Parcel Service Inc. for the first time will tack a surcharge onto most online orders shipping around the Black Friday shopping weekend and the week before Christmas. Per Paul Ziobro Wall Stree Journal article, UPS to Add Delivery Surcharges for Black Friday, Christmas Orders, it is the latest attempt by the large delivery company to recoup the massive increase in hiring and reserving extra trucks and planes during the busiest times. The changes have retailers, which are struggling to adapt to a world where more people shop online, facing the prospect of either eating the higher charge or trying to recoup it by raising prices.

Yield to the new robotic pedestrian

Wisconsin Governor Scott Walker signed a new law permitting the use of delivery robots on crosswalks and sidewalks across the state. In most places in the U.S., it’s not necessarily legal for a robot to roll around on a sidewalk. But now three states — Wisconsin, Idaho and Virginia — have passed statewide laws permitting the use of robots to deliver items to people’s doorsteps. All three states’ robot delivery proposals were introduced with the help of Starship Technologies, a robot company that makes a rover designed to deliver packages, like food and items ordered online, direct to your door. Read more in April Glaser’s Recode article, Wisconsin is now the third state to allow delivery robots.

Too many stores and online shopping mean a downturn in employment

A significant consequence of the downturn in brick-and-mortar retailing is that thousands of people are losing their jobs. In May, there were nearly 19,000 fewer people working in department stores compared to January, per the Bureau of Labor Statistics, amid a record pace of store closures. This is happening because the US has built too many stores since the 1990s, and online shopping is booming. According to Akin Oydeles’ Business Insider article A key portion of the retail apocalypse has been going on for decades, a look back shows that retail jobs have been declining as a share of overall employment since the late 1980s.

Retailers are still coming up short on winning shoppers over with in-store experiences. More than one-third of shoppers said they “feel nothing” when asked about their initial reaction after shopping in stores, GPShopper found in its latest report, “Reality of Retail: Consumer Connection.” GPShopper’s study, which was conducted with research firm YouGov, asked roughly 1,200 U.S. adults what innovations — both digital and physical — they want retailers to incorporate in stores. Read more in Lauren Thomas’ CNBC article, Retailers’ efforts to lure shoppers to stores with experiences still missing the mark.