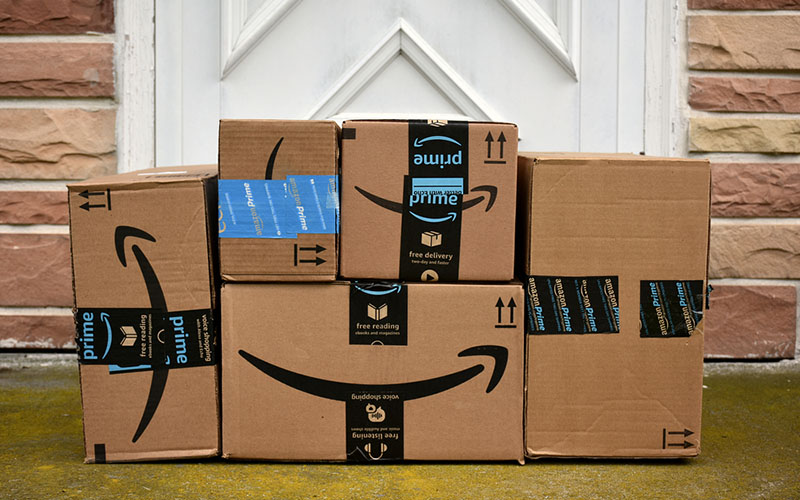 This week: Is Amazon Prime Day the new Black Friday? Bazaarvoice recently conducted a study to examine the behaviors of U.S. shoppers partaking in Amazon Prime Day to find out. Also, how robots will boost the retail experience while delivering efficiencies and cost savings; package-delivery jobs are rising due to more consumers shopping online; it’s time to begin automating your warehouse to keep pace with business; and why robots won’t steal all our jobs.

A discount extravaganza such as Black Friday once drew the masses to a select, favored retailer or two, often before dawn to ensure items were snagged before selling out. And while the November sales have grown to span a full weekend (and then some), Amazon Prime Day is rivaling its popularity — but falling short on consumer loyalty, according to new research. Bazaarvoice, a provider of consumer-generated content, advertising and personalization solutions, recently conducted a study to examine the behavior of U.S. shoppers partaking in Amazon Prime Day. The platform reviewed the spending habits of 400 individuals in 2016 to learn if and how they shop with other online retailers despite the competitive sales available during Amazon Prime Day.

This very topic was just confirmed in our third annual Consumer Survey.  And, for even more information, check out our recent blog – Could BOPIS be the Cure for the Store?

One of the most popular “people” at the recent ICX Summit, held in Dallas, Texas was Pepper — a petite unassuming robot who breaks into dance while greeting new friends and who, according to more than a few experts, may serve as a robotics trailblazer within the customer experience. That’s because robotics is no longer on the horizon as an emerging technology but quickly taking its place in the retail environment. Robotics, according to David Dimeo, co-founder of RoboRetail and former senior director of the Innovation Lab at FordDirect, isn’t just about a “robot,” but the underlying technologies that come into play. The arrival of robotics, according to Ken Moy, vice president and co-head of digital at Subway, is fostering an “interesting” discussion given the digital and human-like interaction potential with customers. The big secret right now, he said, is how such technology will boost the experience while delivering efficiencies and cost savings.

Package-delivery companies ramped up hiring in June for the third month in a row, swelling payrolls in a sector that has grown as more consumers shop online. Parcel carriers and delivery firms added 4,200 jobs last month, the U.S. Bureau of Labor Statistics said in its June jobs report released Friday. The boost brought overall employment in that sector to 666,500 jobs, the highest point since December 2016, when e-commerce sales surged ahead of the holidays. The gains came even as hiring for transportation companies tied more closely to industrial demand pulled back last month. Trucking companies and railroads cut a combined 2,200 jobs last month, in the second straight monthly pullback.

The Big Picture: Adaptability as King

It’s time to begin automating your warehouse to keep pace with business. Either through growth in e-commerce or a restructuring of the distribution center network, many warehouses that used to do fine with mostly manual methods need automation to adapt to new requirements. That decision process for automation used to center on an analysis of historical demand patterns. But what happens when e-commerce sends assumptions around order mix and volume out the window? The answer, say providers of warehouse automation, is that the reasons why you automate begin to change. It’s less about raw efficiency in processing large batches of work and more about speed and flexibility in getting e-commerce orders out the door.

Why Robots Won’t Steal All our Jobs

Don’t worry. The robots won’t destroy all our jobs. History suggests just the opposite — that new technologies inspire new jobs. So concludes a study from leading labor economists. It’s a useful antidote to widespread fears that robots and “artificial intelligence” will displace millions of workers and lead to permanently high joblessness. No doubt, the anxiety is real. Despite a low unemployment rate, 4.4 percent in June, roughly a quarter of Americans (26 percent) think their present job will be eliminated by new technologies within the next two decades, according to a recent Gallup poll. Half those jobs supposedly would vanish within five years. The Gallup report mentioned truck drivers (vulnerable to self-driving trucks), taxi drivers (already threatened by Uber) and surgeons (facing robotic operating machines).

Lessons Learned from the Beer Game

Shaping the Future of the Supply Chain

The Impact New Technologies Have on the Supply Chain

Little Known Ways To Rid Yourself Of Tech