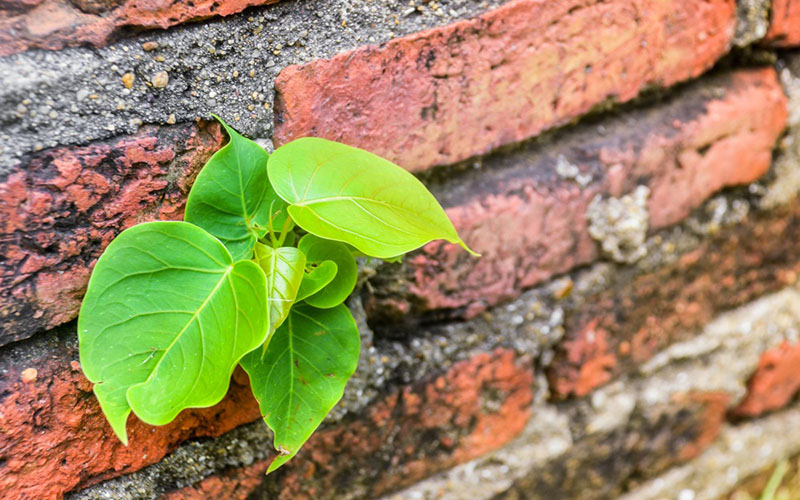 Sharon McGowan has an amazing ability to adapt to any situation. That skill, along with her perseverance and work ethic, have helped her navigate through the ups and downs of her career and personal life. Throughout her journey she’s applied the lessons learned to improve her skills and approach, advancing into the role of EMEA Business Development Director at JDA. She shares her story in this week’s Wednesdays for Women.

SCN: What was your first job?

SM: I helped my Dad with bookkeeping for his construction company to earn my pocket money. When I was 15, I got my first Saturday job in a pharmaceutical store earning money outside the family home. I left sixth form school at 17 years, after first year of qualification exams to work in a bank full time. (Editor’s note: sixth form school is an educational institution where students ages 16-18 typically study for advanced school-level qualifications before furthering their education at either a University or college, or leave education to seek employment). At the same time, I put myself through night school and earned my IHBC International Health & Beauty certificate, while working weekends as a waitress. Being a waitress was probably one of my favorite jobs. It was fast paced and I enjoyed meeting new customers, which gave me a good foundation for my career in sales; dealing with the fast pace, juggling more than one task at a time and meeting new people.

SCN: How did you end up working in business development?

SM: While working at the bank, I was approached to help launch their telemarketing program. I got a taste of talking to people and finding out about their business, what pain points they had, and how we could help them with the solutions we had to offer. I left the bank after three years and worked in telesales, customer relations and partner account management in several different forms for about 10 years before leaving the corporate world to have children. As I had been trained as a beauty therapist, I set up my own business working from home around the family, so clients could come to me. After six years, when my son was just starting school, I decided to return to the corporate world, where I had positions at Epicor, Infor, Manhattan and Informatica, as Customer Executive and Inside Sales managers. I moved to JDA in 2013 as a Services Inside Sales position.

SCN: You’ve worked for a variety of companies and seem to have experienced a lot of change in your career. What helped you navigate through it?

SM: I believe my background helped. Growing up with three brothers in the house, I was aware of boys’ mentality, thinking that they could do anything, which soon rubbed off onto me. Subconsciously, I think I felt I could do what they could – to be their equal. And I was always looking for the next challenge; the next adventure. We are a close family with a strong bond with my immediate and extended family. There was always fun bantering – boys against girls, that kind of stuff – and we learned how to stand our ground, so in a way, that kind of prepared me for anything.

SCN: Would you say that your upbringing helped you to become more resilient?

SM: I learned to stand on my own two feet from a young age, not wanting my parents to worry about me.   Like a lot of couples today, not every marriage has a happy after ending. Unfortunately, after 12 years mine ended, but not giving up easily, I worked at it until the end. During that time, I didn’t let on to my parents. The hardest thing was telling them, but once they knew they were supportive, especially my Dad – he was my rock. They helped me out financially, so I could keep the family home, ensuring the children had stability. I was fortunate that the breakup was amicable and the children’s Dad continued being involved in bringing up the children, giving me the opportunity to be a working mum. I was a Customer Executive at the time, working in a team of eight, and the only woman on the team. This drove me to be successful, making President’s Club twice and repaying my parents.

SCN: How did you juggle work and family, especially as you transitioned to becoming a single parent?

SM: One of the reasons I transitioned from my home beauty business back into the corporate world was because my personal circumstances had changed. Becoming a single mum with one income, I was more driven to succeed. From an early age, the children understood why I had to work, so that we could stay in our family home. I worked hard to keep everything normal and safe for them and ensuring that they never went without. I was very organized and I had a very understanding boss.

SCN: How did your boss help?

SM: He was very understanding, a family man. It was months before he found out I was going through a separation, and when he realized, he was surprised as it didn’t have any effect on me or my performance. He said I seemed to carry on keeping everything together so well, but if I needed anything I was to let him know. At the time I needed a new car, as my old one was on its last legs, but I was too proud to say anything to him, not wanting to bring my personal life into work. I did mention my car situation to a colleague in confidence, and mentioned that with taking on the house, I didn’t think I would be able to afford a new one. He passed on his concerns to our manager, who offered me the company pool car, as it wasn’t being used. I couldn’t believe my luck, but he was that kind of manager, removing obstacles so that I could focus on selling more software and achieve my targets. Having a boss like him and my parents, helped me get through a difficult time in my life.

SM: Yes, he was one of my mentors. What I learned from him is how to remove obstacles so that you can do your job. He did that for me, and I try to do that for my team now, I may not be able to provide them with a car, but they know if they come to me with different issues, we talk about them through and develop a plan. He did that for me, and I’m so grateful I want to pass it along to others.

SCN: What kind of support system do you have now?

SM: I remarried in 2012 to my husband, Darren. We both work in similar roles so he completely understands the pressures of the role and is able share ideas or approaches. With him things are calm, we are equal in everything from finance to parenting, having five children between us; in today’s terms we are a blended family.  I am blessed to have a second chance at marriage and to have found someone who understands me and treats me as his equal

SCN: What is the best advice you’ve ever received?

SM: My dad advised my brothers and I to either get a degree or get a trade, and that’s exactly what we did. Two of us got trades and two of us got degrees. This is something I’ve passed on to my children now. Expressing the need to have a plan, either get a place at university, an apprenticeship or both, but make sure you have a backup plan, in case you don’t get your grades or change your mind.

SCN: What do you know now that you wish you had known when you were starting out?

SM: Don’t take yourself too seriously when you’re younger, or put yourself under pressure. Don’t feel that you must be at certain stages of your career at certain ages. Everyone develops differently and at different speeds; you’ll get to where you need to be at the pace that is right for you. Opportunities come along when the time is right; Don’t feel you need to rush into things because it can lead to a wrong decision. Take time to make the major decisions in life.

SCN: What are the best and worst decisions you’ve ever made?

SM: The best decision was to join JDA. It has provided the perfect environment for me to develop as an individual. The worst decision? Not joining JDA sooner!

SM: I believe women don’t put themselves forward enough for leadership roles. Because they think they may not have all the necessary experience or skillset for the role, they self-select out of opportunities before they begin. Women tend to think they need all the qualities listed in a job description before they will consider themselves for it, whereas a man would take the chance and apply for the job, working to developing the skills after he has been offered the job.  Women might think having a family will hold them back, that expectations are set that women are the main family caregivers, but if they’ve got a good support network and supportive boss, they can do it just as easily as a man and develop themselves in the role too. The key is to believe in yourself!

SCN: What is the one characteristic you believe every leader should possess?

SM: To be a good listener and respectful of others. Listening to their team, peers and other leaders.

Be respectful to everyone – from the cleaner in the company through to the CEO. Treat people the way that you want to be treated.

SCN: What advice to you have for someone taking on a leadership role for the first time?

SM: Believe in yourself. People are going to give you advice. Take it onboard and filter through what is going to work for you. Don’t feel like you’ve must do everything because someone told you to or because someone else did it that way. Go with your gut and understand what is going to work for you, and look after your team, they are your number one priority.

SCN: How do you relax?

SM: I enjoy taking our two rescue dogs out for a long leisurely walk with my husband. We also like getting away for holidays in the sun. This is down time for me to gather my thoughts and recharge my batteries. We attended Glastonbury festival last year, which was always on my bucket list. The weather was hot and sunny, which is rare for England, but now I have a taste for it and hoping to go again next year.

SCN: How do you give back?

SM: My husband and I sponsor two children in Uganda through the Seeds for Development charity. My husband has been sponsoring a little boy there for several years, and I have started to sponsor a little girl since February. Her name is Veronica and she is six years old. She was in a very dangerous family situation where they had rejected her; my sponsorship keeps her in boarding school where she is safe and can learn. I hope to be able to visit her in 2019. Our family is almost grown, and we wanted to give other children a chance. This keeps me grounded and reminds me how fortunate we are.

Warehouse of the Future: Digitalization and New Technologies Driving Next Generation Warehouse Automation – Part 2 of 2